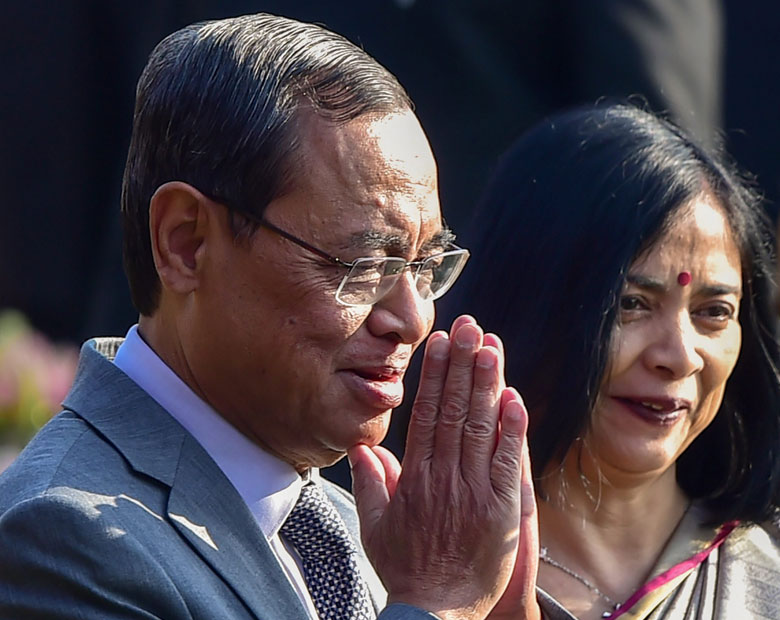 The committee the Supreme Court had set up in April to probe an alleged corporate-underworld nexus to implicate Chief Justice of India Ranjan Gogoi in a sexual harassment case is said to have come across incriminating material that needs further investigation.

Sources said the Justice A.K. Patnaik panel is understood to have decided to ask the CBI, Delhi police and the Intelligence Bureau to probe the alleged nexus and provide “requisite materials” to get to the bottom of the purported larger conspiracy to frame Justice Gogoi.

The committee, the sources said, believes that the allegation of conspiracy — made in an affidavit by advocate Utsav Bains — cannot be brushed aside and that certain material placed before it warrants a “further probe”. The sources, however, did not reveal the nature of the evidence.

The Patnaik committee’s report is expected to be submitted in the first or second week of July.

A former woman employee of the top court — who had been dismissed in December 2018 — had in April this year accused Chief Justice Gogoi of sexually harassing her. She also alleged that she was sacked for rejecting his sexual advances.

The woman, who attended two hearings conducted by an in-house panel of Supreme Court judges, had walked out of the third hearing, complaining there was no external member in the committee and that she wasn’t being allowed a lawyer to represent her.

Justice Gogoi has since been cleared by the in-house committee of Justices S.A. Bobde, Indu Malhotra and Indira Banerjee, who said there was “no substance” in the woman’s allegations.

A few days after the woman’s allegations, Bains, the advocate, had filed an affidavit where he claimed that a middleman had offered him Rs 1.5 crore to hold a media conference and target Chief Justice Gogoi on behalf of the dismissed employee.

The desire to see his daughter working at BSES, a power distribution company, prompted a former Supreme Court employee to allegedly post wrong information related to a case involving Reliance Communications chairman Anil Ambani on the apex court’s website, PTI quoted a senior police official as saying. However, the official said the police were yet to get any clue about the person who had made the verbal offer to the employee.