Circus ban call for all animals

Centre proposes a stop to performances by all animals 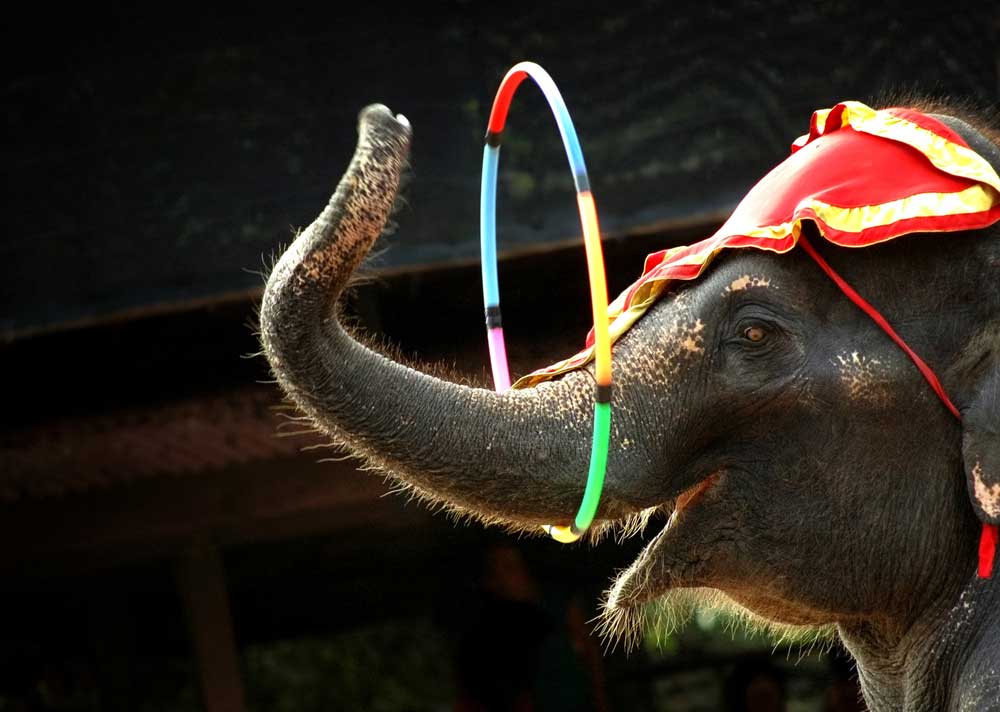 A trustee with People for Animals said PFA has periodically inspected circuses and the conditions of animals there but there was a need for regulations to prohibit such performances.
(Shutterstock)
Our Special Correspondent   |   New Delhi   |   Published 29.11.18, 10:37 PM

The Centre has proposed a ban on the use of any animal for performances, exhibitions in circuses or mobile entertainment facilities, expanding rules that animal rights activists say currently apply to select wild animals.

A draft notification proposed by the Union environment and forests ministry seeking to prohibit the exhibition or the training of animals for performances has said “no animals shall be used for any performances or exhibition at any circus or mobile entertainment facility.”

The ministry has invited objections or suggestions within 30 days of the notification issued on Wednesday that defines a circus as a large public entertainment facility featuring exhibitions of “pageantry, feats or skills and daring, performing animals.”

Animal rights activists say existing rules prohibit the use of bears, lions, monkeys, panthers and tigers in performances but many circuses continue to use other animals, including dogs, horses, hippos and macaws.

“The animals are kept in deplorable conditions and forced to display unnatural performances such as walking on two legs or jumping through fires or dealing with sharp pointed objects,” Gauri Mulekhi, a trustee with People for Animals, the organisation that had campaigned for expanding the rules.

Mulekhi said PFA has periodically inspected circuses and the conditions of animals there but there was a need for regulations to prohibit such performances.

“We believe there are about 30 circuses in the country — but only seven or eight have eliminated animals and engage only in acrobatics. The others continue with animals,” she said.

The People for Ethical Treatment of Animals India has for long pointed out that enforcement of the existing rules has been lax. Under poor enforcement, according to PETA India, “madaris” continue to use monkeys to beg for money.

“We welcome this draft rule — we’re hoping it will pass through and get finalized,” Alokparna Sengupta, deputy director with Humane Society International, another animal rights organisation.

HSI had in July this year asked the Uttar Pradesh government to recall elephants that the organisation said had been illegally transported for joyrides to Rajasthan’s Ajmer fort.

From circus to freedom