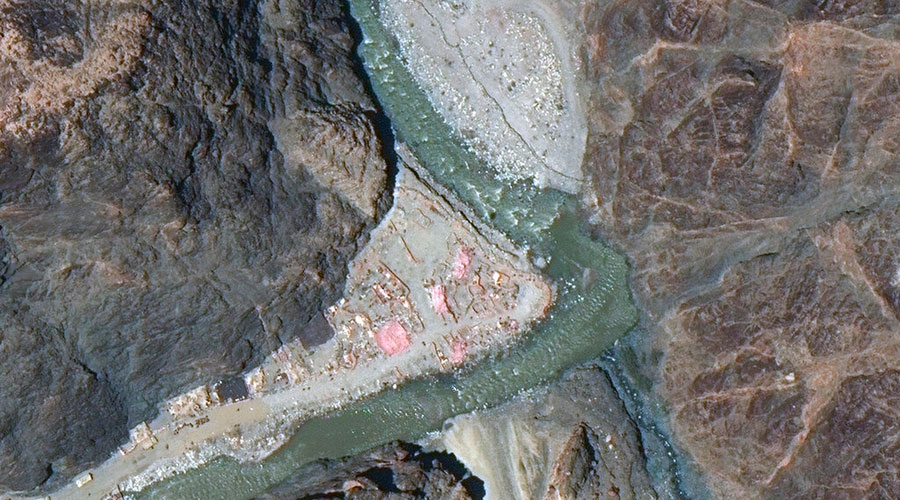 The Chinese are strengthening their grip on India-claimed territories they have taken over and have erected posts at several friction points with surveillance cameras that are relaying round-the-clock footage to the People’s Liberation Army, sources in the security establishment said on Sunday.

The developments have been reported at a time India and China are holding disengagement and de-escalation talks through military and diplomatic channels.

“Despite the ongoing talks, there is no evidence on the ground that the Chinese troops are looking at disengagement anytime soon. On the contrary, the PLA is fortifying positions all along the China frontier. The reports and assessment from the ground suggest that they have now installed digital cameras atop their makeshift posts inside India’s claim line to keep an eye on the Indian Army’s positions,” a security official told The Telegraph.

The surveillance cameras, he said, have come up in the Galwan Valley, where 20 Indian soldiers were killed by Chinese troops in a violent face-off on June 15, Hot Springs, the Pangong Lake and the Depsang Plains near Daulat Beg Oldi in Ladakh.

Indian and Chinese troops have been eyeball to eyeball at several places situated at heights of 14,000ft and 15,000ft, and the use of surveillance cameras by the PLA soldiers is said to be the latest move to control the high-altitude areas.

“The surveillance cameras give the Chinese troops a clear view of our troops’ movements. They are using the cameras to strengthen their tactical position in the high altitudes,” the official said, adding that the Indian Army had also acted, though belatedly, and installed cameras to keep a tab on the PLA’s movements.

Two days after his visit to Ladakh, Prime Minister Narendra Modi on Sunday called on President Ram Nath Kovind and was said to have briefed him on the ongoing military standoff with China.

Rashtrapati Bhavan tweeted after the meeting: “Prime Minister @narendramodi called on President Kovind and briefed him on the issues of national and international importance.…”

At the friction points, all posts were earlier maintained by the Indian Army and the Indo-Tibetan Border Police (ITBP). The areas used to be patrolled by the Indian forces. “Now, troops of both sides are eyeball to eyeball at these points and the Chinese are also hindering patrolling by the India side,” the official said.

Both India and China had used cameras also during earlier face-offs to keep an eye on each other, but this time it is different, according to the official. “The Chinese have installed the digital cameras within India’s claim line and that too amid ongoing talks for disengagement and de-escalation. The PLA’s latest camera move speaks a lot about their intentions,” the official said.

Sources in the defence ministry said they had been taken aback by the Chinese fortifying their positions at the friction points after opening up multiple fronts along the undemarcated Line of Actual Control.

“The installation of surveillance cameras at the friction points is a matter of serious concern at a time when both sides are holding talks to disengage from eyeball-to-eyeball positions,” said a ministry official.

There is an unwritten understanding that Indian and Chinese forces will not build permanent or semi-permanent structures within a zone of about 10-15km that lies between the patrolling limits each side maintains.

The border standoff between the two countries in eastern Ladakh is now in its ninth week. Talks between the two foreign ministries, corps commander-level dialogue and back-channel interactions at the diplomatic level have failed to break the impasse.

After a 12-hour meeting last week between the two militaries, an Indian Army source had said “the process of disengagement along the Line of Actual Control is complex”, and both sides had “emphasised the need for an expeditious, phased and step-wise de-escalation as a priority”.

The Chinese troops have not withdrawn from the friction points to acceptable areas in accordance with the agreement reached during the military-level talks.

“During the talks, both sides had agreed on disengagement in phases as there was give and take on both sides to resolve the dispute amicably. But the PLA has so far not backed off,” the defence ministry official said.

The Indian Army is understood to be preparing for the long haul as the dispute is expected to continue, planning its logistics, supply and deployment in the remote areas during winter.

ITBP director-general S.S. Deswal on Sunday said the morale of the Indian armed forces was “very high”. He said Modi’s visit to Ladakh and his address to troops at Nimu “have raised the morale of all the forces at the border”.

“They are dedicated to border security and the morale of all forces, be it the Indian Army, the air force or the ITBP, is very high,” Deswal told reporters on the sidelines of an event in Delhi to inaugurate an over-10,000-bed Covid care centre.

The ITBP is the first line of defence along the 3,488km disputed border with China.

Sources said the force had recently inducted about 30 fresh companies (around 3,000 personnel) to bolster its numbers at various locations along the LAC.