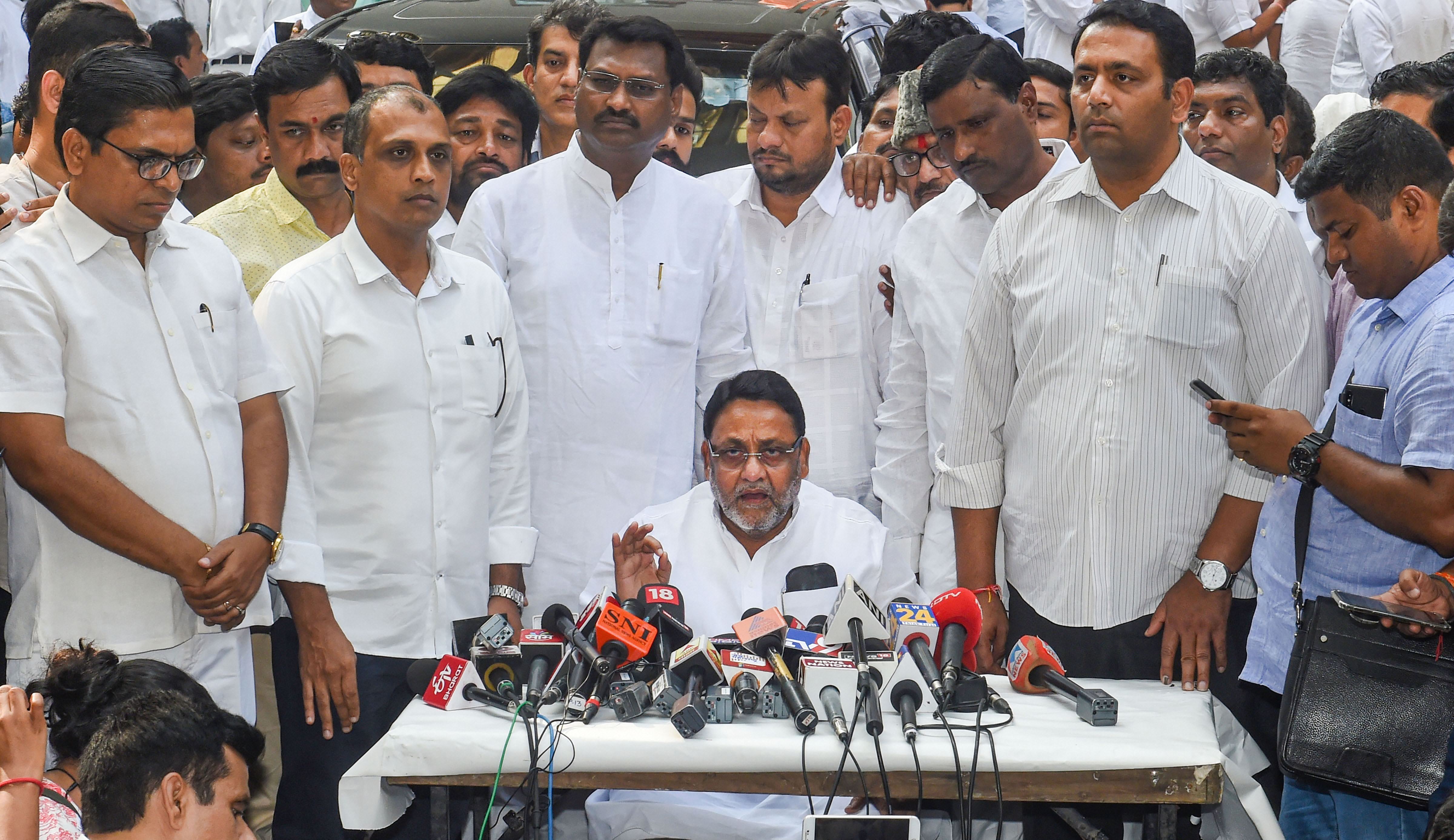 The chief minister's post will go to the Shiv Sena in the Maharashtra government, NCP chief spokesman Nawab Malik has said.

The Shiv Sena contested the October 21 Assembly polls in alliance with the BJP as part of the 'Mahayuti' (mega alliance), which was in a comfortable position to form government in the state, winning 161 seats in the 288-member house.

The two parties, however, fell out after the Uddhav Thackeray-led party persisted with its demand of sharing the chief minister's post on a rotational basis.

The Sena is at present working with the NCP and the Congress on a common minimum programme (CMP) that will guide the actions of the government the three parties plan to form.

'The chief minister will be from the Shiv Sena. It walked away from the 'Mahayuti' on the issue of the chief minister's post. It is our responsibility to respect its sentiment,' Malik said.

Earlier in the day in Nagpur, NCP chief Sharad Pawar said a Shiv Sena-NCP-Congress government will be formed and it will complete the five-year term as he ruled out the possibility of mid-term polls in Maharashtra.

'There is no possibility of mid-term polls. This government will be formed and it will complete five years. We all will ensure this government runs for five years,' Pawar told reporters in Nagpur.

Negotiations on sharing of portfolios among the three parties are on, sources said.

Earlier, the Congress was expected to support the government from outside.

'The Congress must be apart of the government to ensure its stability,' sources in the NCP said.

The BJP emerged as the single largest party, winning 105 seats in the election, followed by the Shiv Sena with 56 seats.

The NCP and the Congress, also pre-poll allies, won 54 and 44 seats, respectively.

After the announcement made by the NCP, BJP said it will form a government in Maharashtra soon.

The party's state unit chief Chandrakant Patil claimed that it has support of 119 MLAs.

'BJP is the single largest party and with the support of Independents our tally reaches 119. With this tally, BJP will form the government,' Patil said adressing a press conference.

Any party or alliance seeking to form government in the state needs to secure support of at least 145 MLAs on the floor of the House.

The state is currently under President's rule.

At a meeting in Mumbai on Thursday, representatives of the NCP, the Congress and the Sena prepared a draft CMP, which will be forwarded for approval to top leaders of the three parties.