90 per cent students get dry rations too 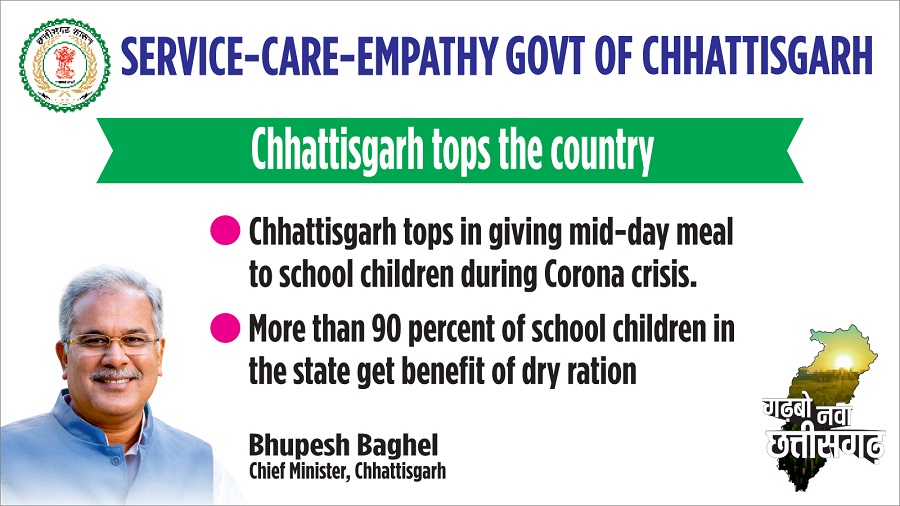 The Chhattisgarh government has shown the way by ensuring school children are given mid-day meals during the duration of the Covid crisis.

Also, sources in the government have confirmed that 90 per cent students get the benefit of dry rations.

So far, the state government  of Bhupesh Baghel has disbursed a host of benefits to farmers, livestock owners and tendupatta collectors. On the occasion of the birth anniversary of former prime minister Rajiv Gandhi on August 20, it handed out a number of benefits.

Among the benefits were the second instalment to farmers from a corpus of Rs 1,500 crore. The money was directly transferred to 20 lakh farmers under the Rajiv Gandhi Kisan Nyay Yojana.

This apart, the Baghel government also sanctioned Rs 5 crore that was to be paid under Godhan Nyay Yojana.