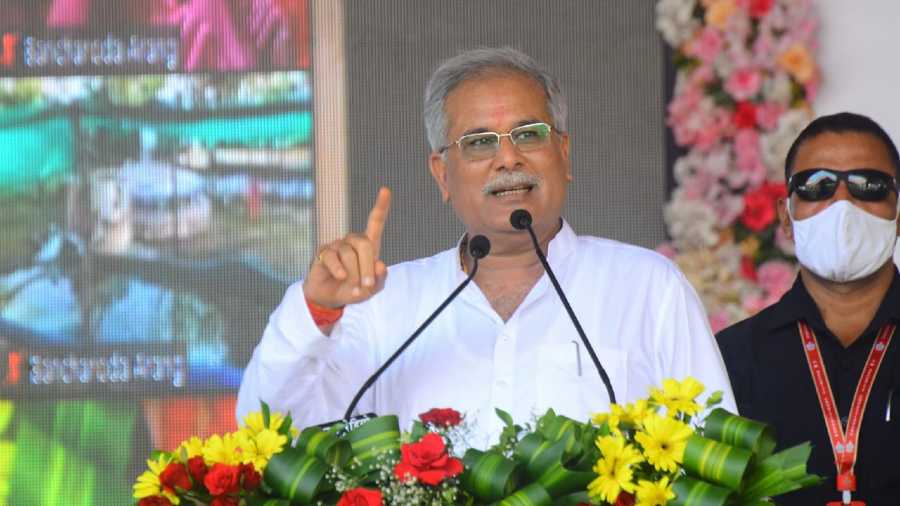 Speaking on the launch of the ambitious and historic project of power generation from cow dung at the farmers' conference organized at Bemetara district headquarters in Chhattisgarh, Baghel maintained that the project of producing green energy will be realised with the participation of villagers, women and youth in. He said, “The world is worried about global warming. Everyone is talking about green energy, so the government has decided to produce electricity from cow dung.”

According to this project in every village of Chhattisgarh, a unit for the green-energy project will be installed in Gothan, the place where cattle are kept. Baghel said, “Cow dung procured from the farmers under the Godhan Nyay Yojana would be used to generate electricity. This will not only benefit the environment but will also benefit the women of self-help groups doing dung procurement work.”

What is Godhan Nyay Yoja?

One of the many Gauthans set up in Chhatisgarh.
The Telegraph

Under the Suraji Gaon Yojana, Gauthans have been developed in the form of Rural Industrial Park in about 6 thousand villages of the state of Chhattisgarh and other income-oriented activities are being conducted by the women of the group. Electricity generation from cow dung is also being started from October 2 in Gauthans. For this, in the first phase, units of power generation from cow dung have been installed at Rakhi in Bemetara district, Sikola in Durg and Bancharoda in Raipur district.

What technique is being use?

Bio gas plants, scrubbers and gensets have been set up in Gauthans to generate electricity from cow dung. Biogas will be prepared by adding cow dung and water in the biogas tank, due to which methane gas will be available in 50 percent quantity, from which electricity will be generated by running the genset.

Benefits from the project

Industries will be set up in Chhattisgarh. It will directly provide employment to the youth and farmers will also get a fair price for the crop. So far more than 12 lakh quintals of vermicompost, super compost manure has been produced and sold from cow dung to Gauthan. Organic farming is being promoted.

According to scientists the cost per unit of electricity generated from cow dung would range between Rs 2.50 to Rs 3.

It is worth mentioning here that, the construction of 10112 Gauthans has been approved, for the purpose of conservation and promotion of livestock in the villages. As of now 6112 Gauthan are complete and operational.