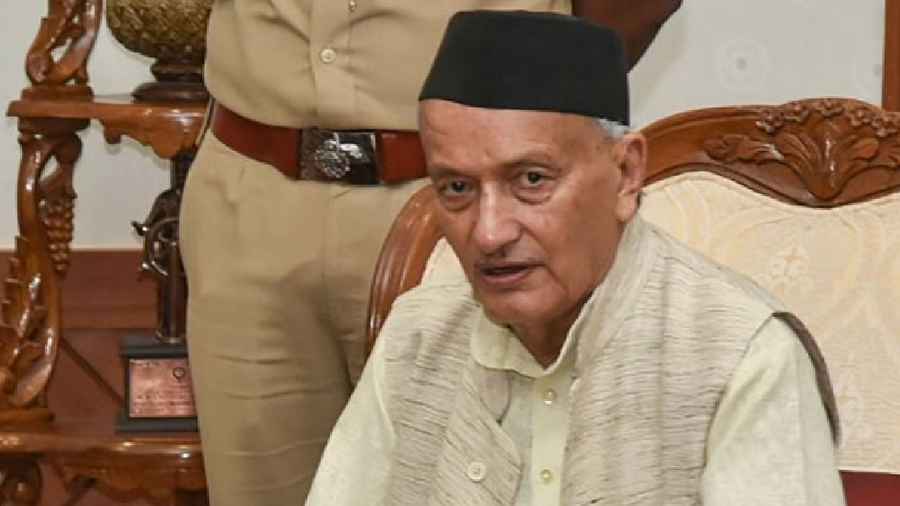 Amid a row over Maharashtra governor B S Koshyari's remarks about Chhatrapati Shivaji Maharaj, NCP's Supriya Sule on Monday wondered how could Deputy Chief Minister Devendra Fadnavis "defend" the "insult" to the warrior king even as protests were held in Mumbai and other cities for the ouster of the governor.

Sule said the Bharatiya Janata Party (BJP) has no moral right to take the name of the Maratha king.

As Koshyari's remarks that Chhatrapati Shivaji Maharaj was an icon of "olden days" caused a huge furore, Fadnavis on Sunday appeared to defend the beleaguered governor.

"One thing is clear Chhatrapati Shivaji Maharaj will remain a hero and idol of Maharashtra and our country till the Sun and the Moon exist. Even Koshyari had no doubts about this in his mind. Thus, there are various meanings derived from the remarks made by the governor," he had said.

BJP's Rajya Sabha MP Udayanraje Bhosale, a descendant of Chhatrapati Shivaji, on Monday demanded the ouster of the governor and BJP spokesperson Sudhanshu Trivedi over their remarks on the Maratha warrior king.

Bhosale said he will decide his future course of action if no decision is taken on his demand.

Sule wondered how could Fadnavis, a former chief minister, is defending the "insult" of Chhatrapati Shivaji.

Referring to a video clip of Trivedi, Sule said it seems like these people are committing the sin of insulting Chhatrapati Shivaji Maharaj constantly. It is unfortunate and it should stop.

Gaikwad, who represents the Buldhana Assembly constituency, claimed Koshyari had made statements about the founder of the Maratha empire and stoked controversy in the past as well.

Protests were held in Mumbai, Nagpur, Pune, and Aurangabad demanding the removal of the governor.

Activists of the Shiv Sena (Uddhav Balasaheb Thackeray) led by Nagpur district chief Kishor Kumeria staged an agitation at Gandhi Gate in the Mahal area. A similar protest was held by NCP workers at Variety Square, while activists of the Congress and its youth wing agitated near Raj Bhavan in Civil Lines.

In Pune, NCP's Pune city unit staged a demonstration during which a party worker dressed like Koshyari participated. They raised slogans against the governor.

In Aurangabad, a student organisation staged a protest on the campus of Dr. Babasaheb Ambedkar Marathwada University and demanded that the governor is shifted out of Maharashtra.

A separate demonstration was held by Shiv Sena (UBT) activists in the TV Centre area.

"This (making intemperate remarks) is 'vikruti' (abnormality) which is beyond caste or party. If any part of our body is affected by gangrene that part is removed. Similarly, such people should be thrown out of the party," Udayanraje Bhosale told reporters at Nalasopara in Palghar district.

He said if the person holding a respectable position of governor doesn't maintain dignity and makes such a statement about national icons, he should be removed.

Bhosale appealed to Prime Minister Narendra Modi to expel Trivedi from the party and shift Koshyari.