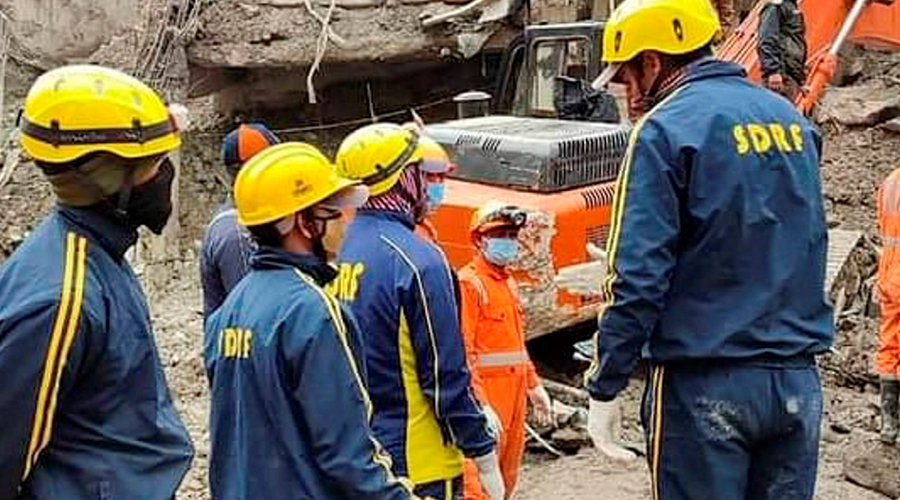 DNA samples of bodies and 28 body parts have been sent to the Forensic Science Laboratory, Dehradun for matching.
File picture
Our Bureau, Agencies   |   Dehradun   |   Published 24.02.21, 06:01 PM

Rescuers have recovered 70 bodies and 29 body parts so far in search operations following the February 7 glacial disaster in Chamoli, the district police said on Wednesday.

Missing reports of 205 people have been registered at the Joshimath police station, it said in a media bulletin.

DNA samples of bodies and 28 body parts have been sent to the Forensic Science Laboratory, Dehradun for matching, it said.

The Uttarakhand government has issued a notification authorising officials to declare "presumed dead" 136 people who are missing after the flash flood.

Uttarakhand Health Secretary Amit Singh Negi said on Tuesday that the presumption of death can be made by officials in the affected district only in case of missing people who in all likelihood have died in the disaster but their bodies have not been found.

Normally the missing are declared dead only when they are not traced for seven years after the incident responsible for their disappearance but in case of an extraordinary occurrence like the one witnessed in Uttarakhand special provisions can be made, he said.

The move to declare those who continue to be missing in the flash flood as presumed dead has been initiated to expedite the process of distribution of compensation among the affected families, he said.