Centre looks for ground to ban Popular Front of India 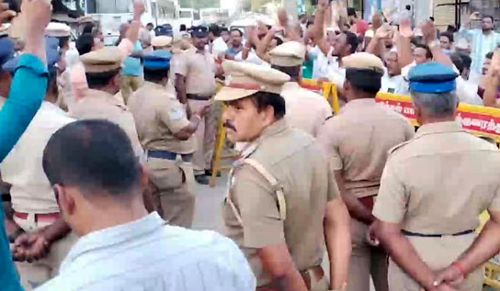 The Union home ministry has asked the central agencies to build a watertight case against the Popular Front of India (PFI), paving the way for a ban, sources in the ministry said on Friday.

“The Centre has asked central agencies to collect clinching evidence against the radical organisation that can withstand legal scrutiny in the trial court (hearing cases related to a crackdown conducted on Thursday). The next step will be to ban it,” a ministry official said.

The power to ban an organisation lies with the Centre under Section 35 of the anti-terror law Unlawful Activities (Prevention) Act (UAPA), and the government can invoke it only if it believes the outfit is involved in terrorism.

In 2018 the home ministry had said it was considering banning the PFI but no action was taken. Similar proposals to outlaw the outfit came from the governments of Uttar Pradesh (2019) and Assam (2022).

The PFI, formed in Kerala in 2006 and headquartered in Delhi, claims to work for disadvantaged sections of society. It is accused by critics of being a “radical” Islamic organisation.

On Thursday, the National Investigation Agency, Enforcement Directorate and state police forces had carried out raids on the PFI in 16 states and arrested top leaders and over 100 activists on the charges of mobilising terror funds, organising terror-training camps and radicalising Muslim youths.

Under the amended UAPA of 2019, the Centre can designate organisations and individuals as terrorists if they are found committing, preparing for, promoting or involved in an act of terror.

Once an outfit is outlawed, its funding and cadre become criminalised.

The amended legislation also provides for seizure of properties.

The PFI has alleged the crackdown is part of the government’s misuse of its agencies to target its opponents. It has condemned the “unjust” arrests, the “harassment” of its national and state-level leaders across India and the “witch-hunt” against its members and supporters.

Kerala PFI general secretary Abdul Sattar had told a news conference on Thursday that the raids were part of a larger RSS plan to destroy an organisation that “is standing in the way of eliminating Muslims in India”.