'Centre conspiring to bring back farm laws after Assembly polls' 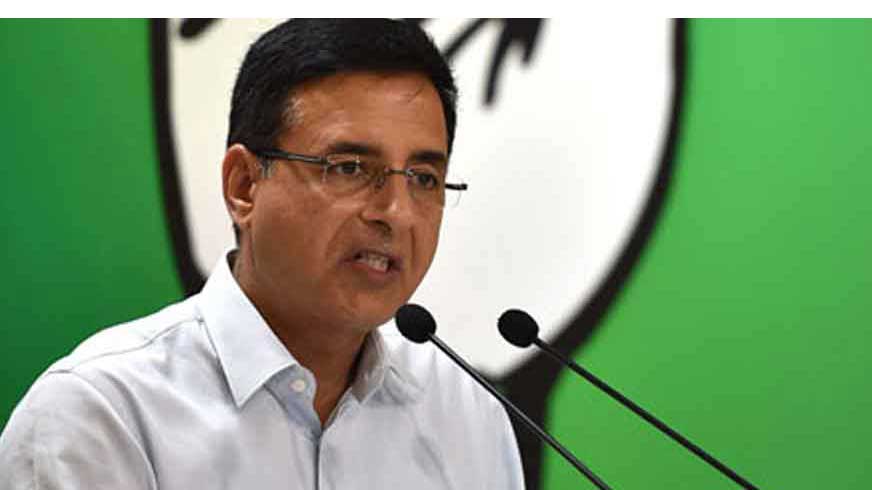 The Congress on Saturday alleged that the Centre was hatching a "conspiracy" to bring back the three farm laws after the next round of assembly polls and urged the people to teach the government a lesson by defeating it in the elections.

The Congress' sharp attack came over Agriculture Minister Narendra Singh Tomar's remarks at an event on Friday in which, while talking about the agri laws, he said the government moved a "step back" and "will move forward again".

"If anti-farmer steps are taken again, then satyagraha of 'annadatas' will take place again," he said.

"Had defeated arrogance, will again defeat it," Gandhi said in a tweet in Hindi, using the hashtag 'FarmersProtest'.

Speaking at the event in Nagpur, Tomar said, "We brought agriculture amendment laws. But some people did not like these laws which were a big reform brought about 70 years after Independence under Prime Minister Narendra Modi's leadership.".

"But the government is not disappointed, we moved a step back and we will move forward again because farmers are India's backbone," he added.

Referring to the remarks, Congress' chief spokesperson Randeep Surjewala said the "concerted conspiracy" to bring back the three "anti-farmer" agri laws now stands exposed again by the statement made Tomar.

"Perceiving defeat in the five state elections including Uttar Pradesh, Uttarakhand and Punjab, Prime Minister Narendra Modi had apologised and repealed the three black laws in Parliament. This happened after the longest, peaceful, Gandhian agitation for over 380 days on the borders of Delhi where over 700 farmers sacrificed their lives," Surjewala said.

"Even then we had suspected the intent of the prime minister, the BJP, the RSS and the Modi government," he said.

Immediately after the repeal of the laws, many BJP leaders had made intemperate statements pointing to the "conspiracy" to bring back the three farm laws, he said.

On November 21, Rajasthan Governor Kalraj Mishra said the three repealed farm laws will be brought back and also BJP MP Sakshi Maharaj made a statement to that effect, Surjewala said.

Many people dismissed these statements as aberrations but on Friday in Maharashtra, Tomar has "fortified the conspiracy being hatched" by the Modi government to bring back the three "anti farmer" farm laws after the completion of the elections in five states, he said.

"We call upon India's farmers, we call upon fellow Indians, that the only way to stop the diabolical conspiracy of the Modi government from bringing back the farm laws is to decisively defeat the BJP in Uttar Pradesh, Uttarakhand, Punjab and other elections so that a lesson is taught to the crony capitalist-driven BJP government at the Centre that they cannot annihilate the rights of 62 crore farmers of the country," Surjewala said.

The Farm Laws Repeal Act repealed the three farm laws which were passed by Parliament in September last year with an objective to bring reforms in the agriculture sector, especially marketing of farm produce.