Diktat comes after professor Gilbert Sebastian was suspended for allegedly saying, in class on 'fascism and Nazism', that RSS-BJP could be considered 'proto-fascist' 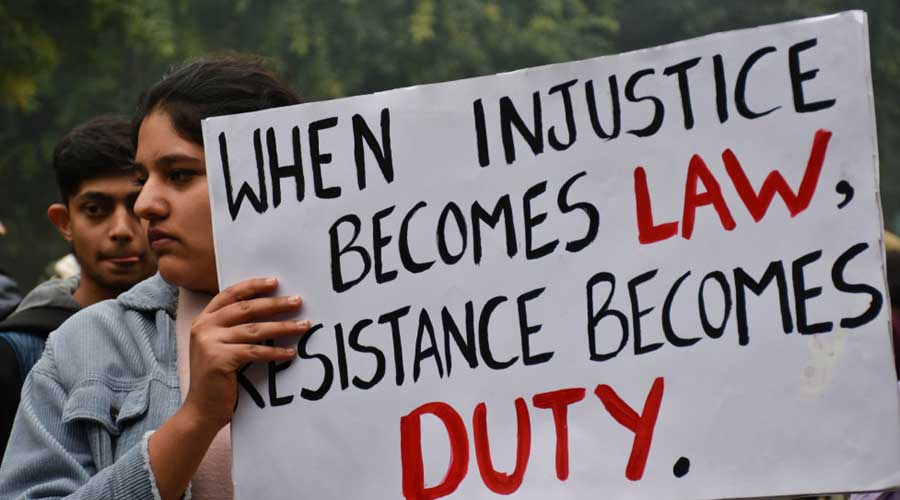 Sebastian is alleged to have also criticised the Union government for exporting Covid vaccines at a time there weren’t enough doses for Indians.
Shutterstock
K.M. Rakesh   |   Bangalore   |   Published 09.09.21, 01:38 AM

The Central University of Kerala has threatened teachers and employees with disciplinary action for any “anti-national” lectures or statements.

“The faculty members/employees should abstain from giving any type of provoking lectures/statements that are anti-national and will be against the interest of the nation. Strict disciplinary action will be taken against those who indulge in such activities in future,” a circular, issued by the Kasaragod-based university last week, said.

The diktat comes months after assistant professor Gilbert Sebastian of the department of international relations and politics was suspended in May for allegedly saying, in an online class on “fascism and Nazism”, that the RSS-BJP could be considered “proto-fascist”.

In the same class, for MA first-year students, Sebastian is alleged to have also criticised the Union government for exporting Covid vaccines at a time there weren’t enough doses for Indians.

While student organisations such as the CPM-backed SFI and the Congress-backed Kerala Students Union had supported Sebastian, RSS student arm ABVP had threatened an agitation if the university failed to act against him.

A three-member inquiry committee ruled that Sebastian had exceeded his brief but did not describe his remarks as anti-national. Following this, Sebastian was reinstated on June 10.

But a university executive committee meeting on June 24 termed Sebastian’s remarks “anti-national” and objected to the vice-chancellor’s “unilateral” decision of revoking his suspension.

“EC (executive committee) observed that Dr Gilbert Sebastian’s statements in the class was (sic) anti-national. However the members expressed their concern over the unilateral decision of Hon’ble VC to revoke the suspension based on regret and withdrawal letter submitted by Dr Gilbert Sebastian,” the minutes of the meeting say.

Sebastian clarified in an August 5 letter to the vice-chancellor that he had neither regretted nor withdrawn his remarks. He urged the vice-chancellor to expunge from the minutes the mention of regret and withdrawal, saying he had only offered the university cooperation.

In the letter, of which this newspaper has a copy, Sebastian wrote that the executive committee’s label of “anti-national” on his statements in the class was “uncalled for and regrettable as it is an unfounded allegation”.

A teacher at the university told The Telegraph that the executive committee’s observation on Sebastian’s remarks was the main reason for the recent gag order on “anti-national” comments.

“The administration has created an atmosphere of fear on the campus with such decisions, although most of us are against curtailing academic freedom,” the teacher, who declined to be named, said.

Earlier in 2018, the university had suspended Prasad Pannian, an associate professor in the department of English and comparative literature, for supporting a Dalit student who had been arrested on the charge of breaking the glass pane of a fire alarm cabinet at the university hostel.

Ganthoti Nagaraju, the student, had apparently acted under mental strain caused by his mother’s death. He was later released on bail.

Pannian was suspended for writing a Facebook post that said it was “deeply disturbing” that a minor misdemeanour had been “criminalised” and urged the university to get the police to release Nagaraju from custody.

“As far as I understand, this is a minor offence that should have been settled on the campus itself. Mr Nagaraju lost his mother a few months back and has been going through severe mental stress and agony for the past few months,” Pannian wrote.

Pannian, who remains suspended, has challenged his suspension in court, where the matter is pending.