The NCERT has been pulled up by the human resource development ministry over complaints from students and parents of a shortage of school textbooks, which has also allegedly spawned an industry of unauthorised printers publishing books with substandard paper. 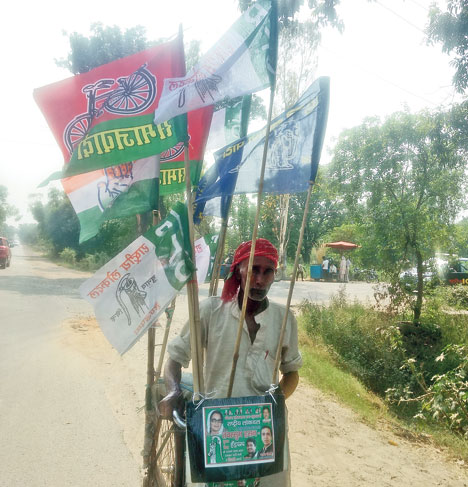 New Delhi: The NCERT has been pulled up by the human resource development ministry over complaints from students and parents of a shortage of school textbooks, which has also allegedly spawned an industry of unauthorised printers publishing books with substandard paper.

For two weeks in April, the National Council of Educational Research and Training (NCERT) - which publishes all books for the CBSE, the country's largest education board - sold textbooks from a temporary kiosk at New Delhi's Sashtri Bhavan, which houses the HRD ministry.

Sources said HRD minister Prakash Javadekar expressed his displeasure at the shortage of textbooks at a meeting with the NCERT brass last month. Javadekar is learnt to have said that even ministry officials were not getting the entire set of books for each class for their wards.

According to the NCERT sources, the scarcity is "artificial". These sources, senior NCERT officials who spoke strictly off the record, pointed fingers at the distribution wing of the council and offered an explanation on how the shortage of books had cropped up.

Since the NCERT books are also available online, many unauthorised printers then publish textbooks with sub-standard paper. Such pirated books without the NCERT logo are circulated in areas where there is a scarcity of books.

"We are regulating the demand-supply chain. The situation has improved a lot," a senior NCERT official said on the condition of anonymity.

Nearly 300 authorised distributors procure books from the NCERT and supply them to shops.

The NCERT sources said that this year the council re-published many books with corrections and also introduced additional content in some.

Keeping in view the possibility of a higher demand and because of complaints of shortage, the NCERT gave printing rights to 165 printers across the country. Till last year, the council itself used to print books.

The NCERT and the HRD ministry have been getting complaints from parents and students, particularly from smaller towns, about a crisis of books affecting studies.

Chandrakanta Sahoo, whose daughter studies at a Kendriya Vidyalaya Sangathan in Bhubaneswar, said all books for each class were not available in bookshops till last week.

"Only a few of a set of books for a class were available. The whole set was not available. We have managed to buy only some of the books so far," Sahoo said.

He said now some of the shops had all the books, but they were insisting that the whole set be bought. "This is another problem. I have already bought some of the books and now the stalls are refusing to sell books individually," Sahoo said.

Many poor parents whose children study in CBSE schools said they found it difficult to buy books.

"For Class IX, the bookstore is asking Rs 985 for the entire set of prescribed books. It is very costly," said Najma, the mother of three children who study in Rajkiya Sarvodaya Vidyalaya at Patparganj village in east Delhi.

He said these families were so hard pressed for money that they could not even pay the Rs 15 tuition fee that government schools charge per month from students of Classes IX to XII.

"The parents ask their daughters to drop out. Free schooling with all facilities should be provided till Class XII," Agrawal said.