Doubts over whether the information would be sought at all 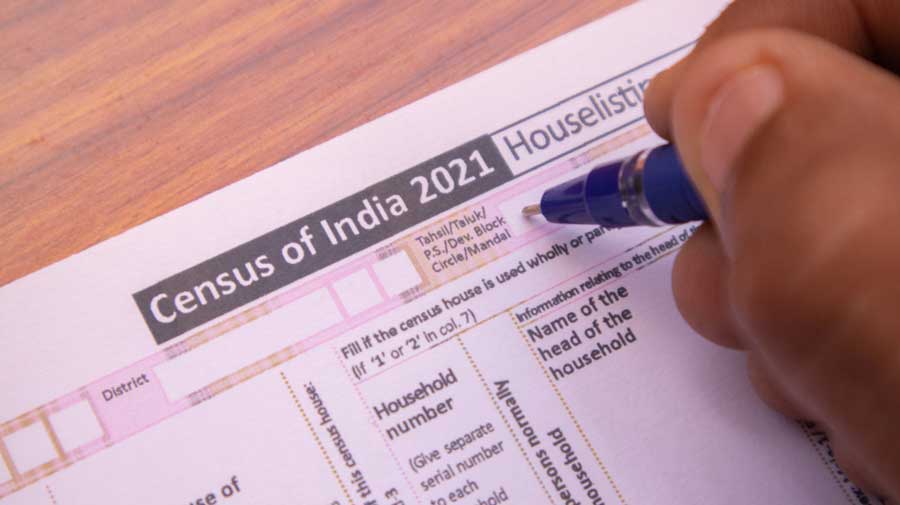 While the decadal population census collects data on the Scheduled Castes and Tribes, the last time data on other castes was collected and made public was in the 1931 census. That has been the basis for reservation policies since.
Shutterstock
Basant Kumar Mohanty   |   New Delhi   |   Published 04.03.21, 01:20 AM

Preparations for the second Socio-Economic Caste Census have begun, but collection of caste-specific data was not discussed at a review meeting held in December, casting doubts over whether the information would be sought at all.

An inter-ministerial committee has been formed with secretaries from the rural development, housing and urban affairs and social justice ministries and officials of the Niti Aayog to oversee the SECC update.

A meeting of the committee was held in December 2020. “The first meeting discussed modalities of data collection and revisiting the deprivation points, inclusion and exclusion criteria. There was no discussion on collection of caste data,” a rural development ministry official said.

The rural development ministry is the nodal agency for the revision.

While the decadal population census collects data on the Scheduled Castes and Tribes, the last time data on other castes was collected and made public was in the 1931 census. That has been the basis for reservation policies since. Experts have stressed the need to update the data so as to understand the current status of representation of backward castes in education and government jobs and examine whether quota ceilings need to be revised.

The UPA government had expanded the 2011-12 Below Poverty Line (BPL) census to cover caste-specific data, rechristening it Socio-Economic Caste Census. The data compilation was completed by 2013-end, months before the general election. In 2015, by which time the BJP government had come to power, the socio-economic information from the census was released but the caste data was held back.

According to a media release issued by the Press Information Bureau (PIB) on July 16, 2015, the SECC enumeration had thrown up around 46 lakh castes, sub-castes, synonyms, surnames, clans and gothras. The Union cabinet in July 2015 set up a committee under then Niti Aayog vice-chairman Arvind Panagariya to classify the caste names collected in SECC 2011-12 with details of households. The committee has yet to give its report.

SECC 2011-12 had collected socio-economic data such as assets of households, including telephone, motorcycle, land, pucca house and tax payment. It had gathered deprivation data such as the number of families who had one room kuchcha wall and kuchcha roof, households with no adult member or no literate adults and landless families.

This information, not caste-specific formatted data, is being used by the government to decide on inclusion and exclusion of persons for welfare schemes.

In 2018, then home minister Rajnath Singh announced that the decadal census of 2021-31 would collect caste data of OBCs. However, this promise seems to have been quietly buried because the census questionnaire does not have a caste column.

“Let us be very realistic and truthful. The BJP government had in 2018 announced an OBC census as part of the decadal census. But it retracted from the promise. There is a demand for a caste census across the country from all the leading groups representing backward classes. But unless there is a nationwide agitation, I do not see any prospects of a caste census,” Eswaraiah said.

The Rohini Commission, which has been formed to suggest the categorisation of backward classes for the rational distribution of the 27 per cent OBC quota, cannot do justice to the job without caste data, Eswaraiah said.

An official of the ministry of social justice, which is part of the SECC revision, said: “The caste data of backward classes can be collected when the SECC is updated. Data can be captured under caste names maintained in the central OBC list of the National Commission of Backward Classes (NCBC) and the state OBC lists,” the official said.

G. Karunanidhy, secretary of the All India Federation of OBCs, and Hansaraj Jangra, president of the OBC Joint Action Committee, said they were doubtful about the enumeration of caste data in the latest edition of the SECC.

“There is an upper caste lobby against the equal representation of OBCs in jobs and education. We feel this lobby does not allow the caste census to be conducted. They will continue to block a caste census,” Karunanidhy said.

He said data should be collected on all castes, including the dominant ones. The new 10 per cent quota for economically weaker sections was introduced without any hard socio-economic data on the upper caste poor, he said.

Karunanidhy said each state had its own list of OBCs, which also covered the castes enumerated in the central list. OBC caste data can be collected under the caste heads, he suggested.

“It is not at all difficult. The enumerators will be given the OBC caste list of the areas they are visiting. While collecting the data, the enumerators can also collect the caste data and enter the names of households under specific castes,” Karunanidhy said.

Jangra said National Sample Survey Office (NSSO) information was only a sample and real caste data could be collected only through a census.