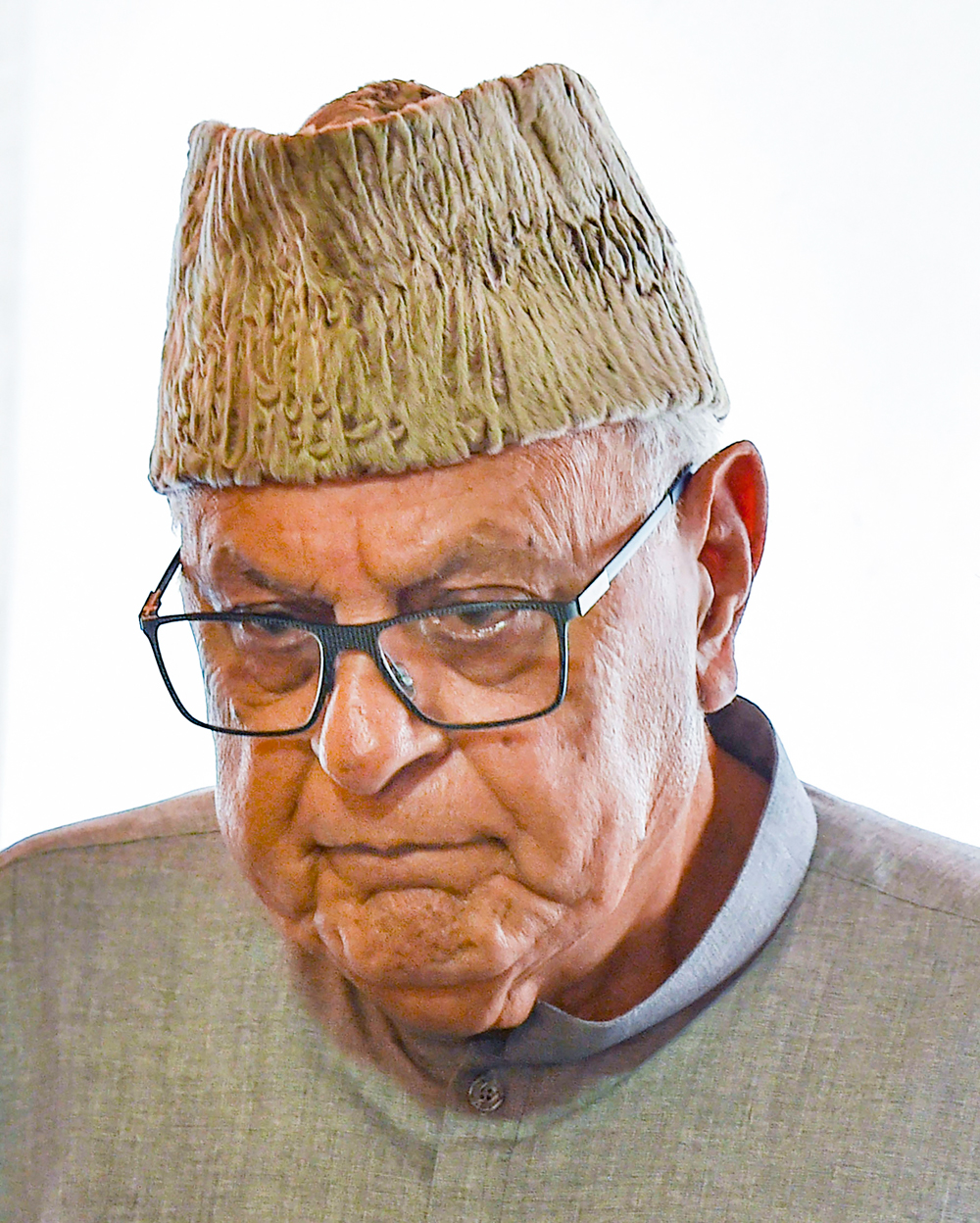 Union home minister Amit Shah told the Lok Sabha on Tuesday he can’t put a gun to Farooq Abdullah’s “kanpatti” (temple) and bring him out of his house, after several members expressed concern over the absence of the Jammu and Kashmir leader.

DMK MPs T.R. Baalu and Dayanidhi Maran raised the matter first. Baalu said: “I do not know where or how my colleague Dr Farooq Abdullah is. I do not know whether he is under house arrest or arrested.”

Maran raised a point of order under Rules 229 to 231 that say the Speaker has to be informed when an MP is arrested or detained, and the Speaker has to read this out in the House. “Dr Farooq Abdullah, who is a member of this House, is missing. He is arrested. We have no intimation. The House is in session and you, as the Speaker, should protect the member,” he said.

Later, the NCP’s Supriya Sule and the Congress’s Shashi Tharoor raised the matter. Sule said: “My seat number is 462. On 461, the honourable Farooq Abdullahji sits, and he has been elected from Jammu and Kashmir. His voice is not heard today. If you ask me, then in history this will remain an incomplete debate.”

Shah replied that Abdullah “has neither been arrested nor detained. He is sitting at home of his own will.”

Sule persisted: “For the record, is he unwell?”

Responding to Tharoor, the home minister said: “I have made it clear thrice, Farooq Abdullahji is at his home, he is not under house arrest, he is not under detention. He is in good health, mauj-masti mein hain, aap zara baat kar lo (He is having a good time, you talk to him).”

Tharoor countered: “He is saying on TV he is not being allowed outside by you people.”

Pointing his right index finger behind his ear, Shah said: “I am saying on record that he is not under arrest. Unko nahi ana hai toh gun kanpatti par rakh kar bahar nahi la sakte hum (If he doesn’t want to come, we can’t force him out at gunpoint).”

Abdullah spoke to NDTV at his home in Srinagar. He said: “I feel sad that the home minister of India can lie like this and say that Farooq Abdullah is not detained, that he is staying in the house on his own will. That is not true and you have seen it. They do not let anybody come into my house. I have a big padlock on the door. I had to force myself. I don’t know how many of my securitymen will be dismissed, because I said when the home minister of India is saying I am not detained, who are you to detain me?”

He added: “Why would I stay inside my house on my own will when my state is being burnt, when my people are being executed in jails? This is not the India I believe in…. How do you think one would feel when your body is being carved, the body that stood together in all odds, fought every evil unitedly.… They divided regions, will they divide hearts too? Will they divide Hindus and Muslims? I thought my India was for all, everyone who believes in secular, unity.”

Abdullah said: “What worries me is what the ordinary man must be going through. Locked up, he may not even have medicine, food in his house… I want to leave a message for the people of my state and people of India: We have been with you through thick and thin, I hope you will be with us through thick and thin and pray for the return of democracy, secularism in our country.”