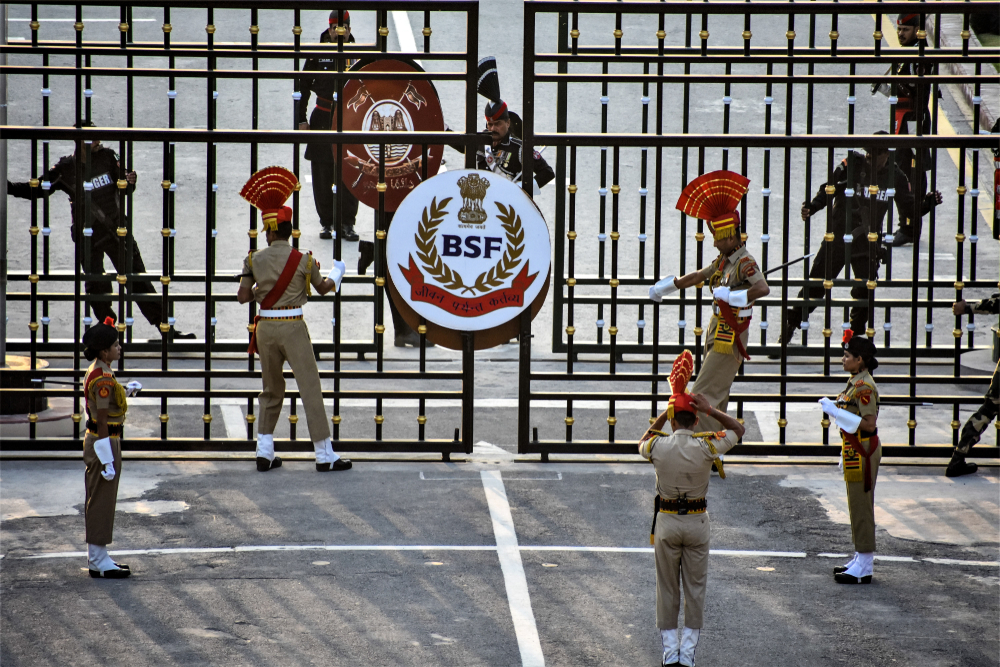 Sources said the report, prepared by the BSF’s intelligence wing, says the Muslim population has grown abnormally in the border areas of Jaisalmer over the past couple of years.
Shutterstock
Imran Ahmed Siddiqui   |   New Delhi   |   Published 30.11.18, 10:30 PM

The Border Security Force has sent a report to the home ministry expressing concern at an “unexpected” rise in the Muslim population along the Pakistan border in Jaisalmer, a move that can trigger charges of religious profiling, officials said.

The report comes amid a shower of anti-Muslim rhetoric from some BJP legislators. In January, Rajasthan MLA Banwari Lal Singhal had triggered controversy by alleging that Muslims were deliberately producing more children to try and outnumber Hindus in India by 2030.

Sources said the report, prepared by the BSF’s intelligence wing, says the Muslim population has grown abnormally in the border areas of Jaisalmer, Rajasthan, over the past couple of years. It has expressed concern that the number of Muslim places of worship too has risen in the region.

“The report points to the presence of radical elements who are suspected to be luring local people to pass on information relating to military movements,” a ministry official said.

Several home ministry officials said such a report could foster suspicion and insecurity among Muslims at a time the Centre has been talking of starting outreach programmes for the community.

“Such profiling will send a wrong signal: minority community members might think they are being systematically spied on and investigated,” an IPS officer attached to the ministry said.

He wondered why government agencies did not conduct such surveys in Hindu-majority areas.

“This is unfortunate. Such religious profiling in the name of fighting terrorism smacks of discrimination and creates fear in the minds of a particular community,” he said.

BSF director-general Rajni Kant Mishra, however, said the report was a “routine” one.

“The force undertakes routine ground analyses of the demographic and economic profiles of border areas, and its intelligence wing keeps an eye on activities along the India-Pakistan border,” he said.

Asked whether the paramilitary force’s report had highlighted that the Muslim population had risen in the border areas of Jaisalmer, he said: “I have not seen the report.”

Mishra, who had earlier addressed his annual news conference on the eve of the BSF’s 54th Raising Day, said the force had developed bullet-proof bunkers to protect its troops against fatal sniper fire from across the Pakistan border.

He added that the BSF had “surgically” targeted enemy posts in the recent past, causing heavy losses on the other side.

Mishra said the border force had chalked out a comprehensive retaliation plan after several infiltration attempts and episodes of unprovoked Pakistani firing this year across the international border in Jammu.

“The BSF responded in a targeted manner, as a result of which the Rangers (Pakistan’s border guards) were pinned down and confined to their posts,” he said.

“Unable to contain the BSF assault, the Rangers were forced to open the entire front and a heavy exchange of fire started (across) the entire international border. The BSF surgically targeted Pakistani posts in retaliatory firing, which resulted in heavy losses to the adversary.”

A similar sensor-based “smart fence” is expected to come up along the eastern frontier with Bangladesh within the next two months, he said.