Oath brings out best and worst in Bihar 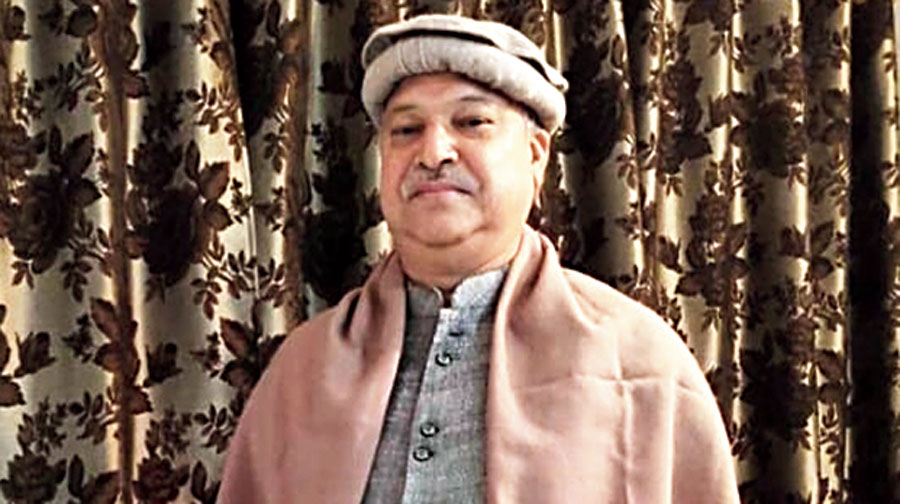 The Bihar Assembly was in uproar on Monday when AIMIM members refused to utter “Hindustan” while taking the oath in Urdu and opted for “Bharat”, and the BJP members insisted that any Indian allergic to the word “Hindustan” should go to Pakistan.

It was left to Muslim MLA Shakeel Ahmad Khan from the Congress to shame the warring sides into silence by taking the oath in Sanskrit.

“I believe that society cannot progress amid orthodoxy and hard-line thoughts. We need to encourage love, harmony and brotherhood,” Shakeel later told reporters.

“I took the oath in Sanskrit to show that India is about unity in diversity and that our culture is extremely beautiful. I wanted to give a message to the BJP and the AIMIM.”

To some it may have seemed ironic that BJP members were favouring the Persian-Urdu word for India while All India Majlis-e-Ittehadul Muslimeen MLAs were batting for the Sanskrit name, but the squabble underlined how the rise of Hindutva had transformed old yardsticks.

The word for India in Sanskrit has been “Bharat” from ancient times, while “Hindu” and “Hindustan” were coined by Persians to describe the people living beyond the Sindhu or Indus river. Urdu, influenced heavily by Persian, uses “Hindustan”.

In the days of radio cricket commentary, for instance, Pakistani commentators in Urdu invariably referred to India as “Hindustan” while their Indian counterparts, commentating in Hindi, used “Bharat”.

With Hindutva swamping Indian politics, however, it seems the two words’ histories have been eclipsed by their contemporary connotations for some — with the “Hindu” in “Hindustan” overshadowing everything else.

The spat broke out while pro-tem Speaker Jitan Ram Manjhi was administering the oath to the newly elected MLAs on the first day of the new Assembly.

When AIMIM member Akhtarul Iman’s turn came, he objected to the format of the oath, which he was taking in Urdu, containing “Hindustan” and sought to replace it with “Bharat”.

“The oath being administered to the various legislators in the Hindi, English, Sanskrit and Maithili languages has the phrase ‘Bharat ke samvidhan (the Constitution of India)’,” Iman told the House.

“But the word ‘Bharat’ has been replaced with ‘Hindustan’ in the Urdu oath. I’m not going to use ‘Hindustan’ and will use ‘Bharat’ instead.”

Manjhi underlined that the format of the oath in Urdu always used “Hindustan” and nobody had ever objected because “both words have the same meaning”. He, however, accepted Iman’s request to switch the words.

The four other AIMIM legislators in the House of 243 followed Iman in taking the oath in Urdu but using “Bharat”.

All through, BJP members tried to hoot them down.

“If anybody has a problem uttering ‘Hindustan’, he should go to Pakistan. There’s no place for such people in this country. Their intention is bad and they are setting a bad precedent,” the BJP member from Chhatapur, Niraj Kumar “Bablu”, said.

Other BJP members, former minister Pramod Kumar among them, joined in the ruckus.

Iman retaliated, accusing them of raising non-issues and brushing under the carpet how a Muslim girl had been killed for resisting molestation. He stressed that the Constitution uses the word “Bharat”.

It was amid this bitterness that Shakeel, MLA from Kadwa in Katihar, showed the way, taking the oath in Sanskrit and stunning both sides into silence.

As realisation gradually dawned, however, all the legislators present began clapping and thumping their desks to show their approval. Several, including some from the BJP, came up to hug Shakeel.

“I chose to take the oath in Sanskrit because it is considered the mother of all languages. I have read Sanskrit and it’s a part of my life. I did what I felt was right. I love my mother tongue Urdu too,” Shakeel told reporters.

The first two days of the Assembly session have been reserved for oath-taking. Among those sworn in on Monday were RJD leader Tejashwi Prasad Yadav and his elder brother Tej Pratap Yadav.

However, the Congress and the Left were able to raise the murder of a Muslim girl in Vaishali district for resisting molestation. The accused allegedly set her on fire on October 30 but the incident came to light on November 17, two days after she died. The police acted only after Rahul Gandhi tweeted about it.

Tejashwi challenged the Nitish Kumar government to provide 19 lakh jobs within a month, as promised by the BJP during the campaign, or face a state-wide agitation.