Modi and the BJP will miss 'Arunji', as Jaitley was addressed in party circles, for many reasons 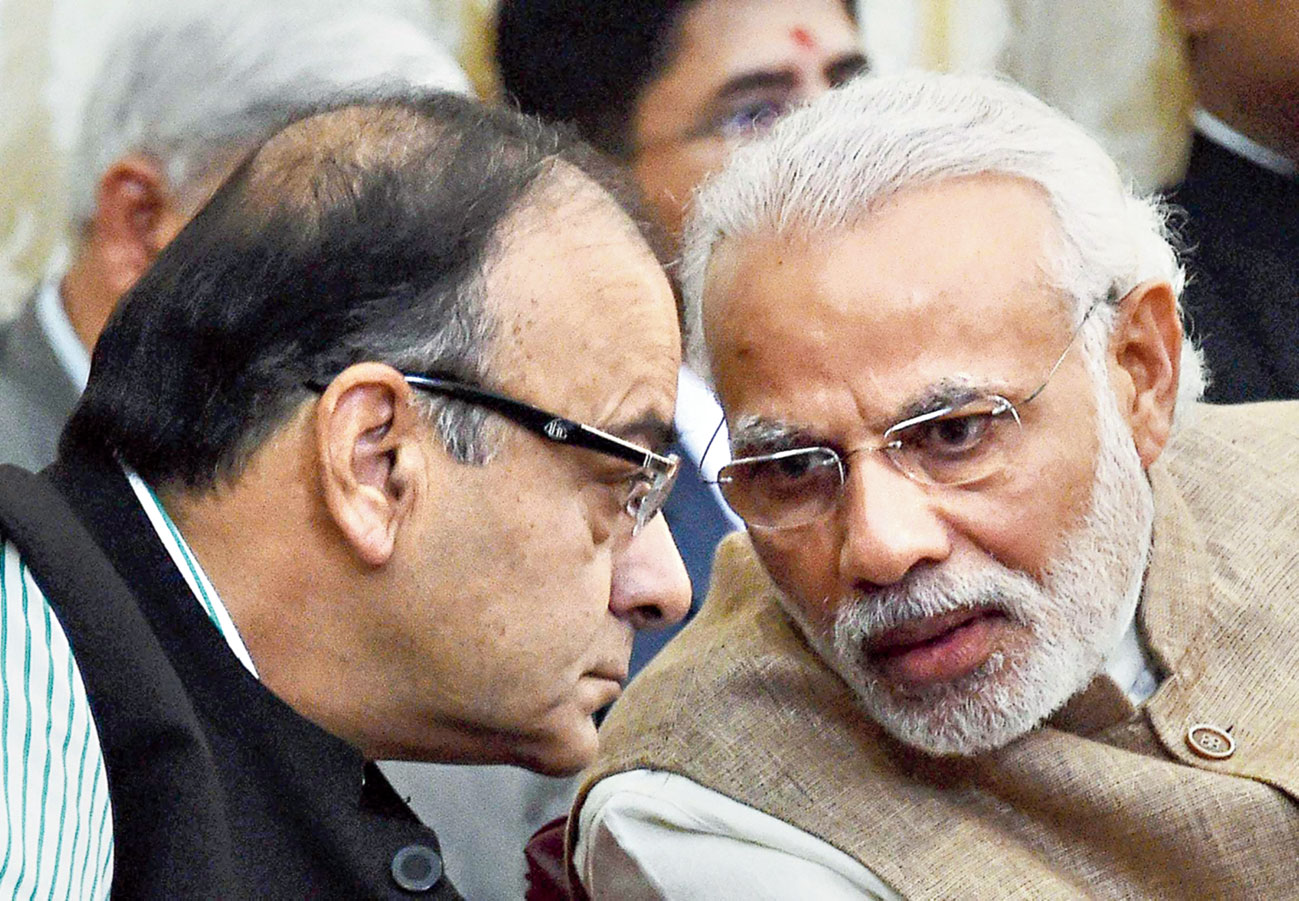 For all his contempt for “Lutyens’ Delhi”, Prime Minister Narendra Modi’s love for one of its elite, Arun Jaitley, was well known although it may have been born out of necessity.

Modi and the BJP will miss “Arunji”, as Jaitley was addressed in party circles, for many reasons.

One key ground for Modi’s and the BJP’s reliance on Jaitley was the severe talent deficit in the party compared with its principal rival, the Congress. Jaitley was seen as the only “credible talent” in a sea of mediocrity, the most sought after “bright star” in times of crises, and not just political ones.

When the “outsider” Modi was gearing to rule the country from Lutyens’ Delhi in 2014, he picked Jaitley as the only “insider” he could bank on to negotiate the capital’s labyrinthine power circuit.

Jaitley was possibly the only BJP leader seen as an entrenched representative of Delhi’s power elite, and as someone who could articulate Modi’s line in both English and Hindi.

Modi’s dependence on Jaitley was evident when the Prime Minister trusted the lawyer politician with two heavyweight portfolios, finance and defence, in 2014.

When Jaitley was relieved of the defence portfolio with Goa chief minister Manohar Parrikar’s arrival in national politics, he was given charge of the information and broadcasting ministry, key to the management of the way the government is perceived.

Modi’s reliance on Jaitley began many years before he took over the reins in Delhi.

When, as Gujarat chief minister, Modi found himself embroiled in controversy over his role during the 2002 riots, it was lawyer Jaitley who had to come to his rescue.

Jaitley not only fought the riot cases in the courts — sometimes directly but mostly through his battery of handpicked lawyers — he also countered political and media criticism of Modi.

“The tragedy of Gujarat is that since Modi’s opponents can’t defeat him politically, they hide behind NGOs and a section of the media. One can only hope the judiciary keeps out of this political thicket and remains even-handed,” Jaitley wrote on the 10th anniversary of the pogrom.

Jaitley also came to the aid of Amit Shah, then a nobody in Delhi, in the Sohrabuddin Sheikh fake-encounter case. When the Supreme Court in 2010 asked Shah to keep away from Gujarat, Jaitley arranged for his stay in Delhi and handled the case in the court as a lawyer.

Although the Modi-Shah duo reduced their dependence on Jaitley after gaining a foothold in Delhi, the ailing finance minister still appeared their strongest hope when any crisis hit the government.

When the Rafale controversy engulfed the Modi government in the run-up to this year’s general election, Jaitley and not defence minister Nirmala Sitharaman was fielded to counter the Opposition.

Most of the news conferences saw Jaitley doing all the talking while Sitharaman sat quietly. Despite his poor health Jaitley wrote a series of blogs to try and deflect the Opposition fire.

“The Congress party has, in the last few days through statements of its senior leaders, (put) itself in a difficult situation. They are getting high TRPs on Pakistan television. But there is revulsion as far as domestic opinion in India is concerned,” Jaitley had written in a blog post.

During Parliament debates on the subject, too, Jaitley seemed the only credible voice matching the onslaught of the Congress’s battery of talented lawyer-politicians.

“Actually, the (P.C.) Chidambarams and (Kapil) Sibals of the Congress would have butchered us in Parliament if we didn’t have a Jaitley. He was our lone genuine talent in many ways,” a BJP politician acknowledged while refusing to be named, fearing his comment could anger party seniors.

Although Jaitley failed to ever win a direct election, he was regarded as a master poll strategist, particularly in the matter of creating a favourable perception about a party or candidate.

Despite his poor health restraining him from field campaigns, Modi and Shah used him to build a “perception of invincibility” in the media.

Many in the BJP believe the government would have been pulverised over the demonetisation and the hurried implementation of the goods and services tax had Jaitley not been their principal handler as finance minister.

“Jaitley’s ability to articulate the government’s position and manage the perception battle…, particularly in the English media, will be greatly missed. We still don’t have a leader of his ability,” a second BJP politician said, also requesting anonymity.

This politician cited the tweet Jaitley had posted just before being admitted to AIIMS and wondered which other leader in the party could have come up with that kind of a statement.

“Congress Party as a ‘headless chicken’ is further consolidating its alienation from the people of India. The New India has changed. Only the Congress does not realise it. The Congress leadership is determined to succeed in its race to the bottom,” Jaitley’s tweet, lifted from a blog he had written on the Congress’s stand on Article 370, said.