BJP wary as protest spotlight shifts to UP 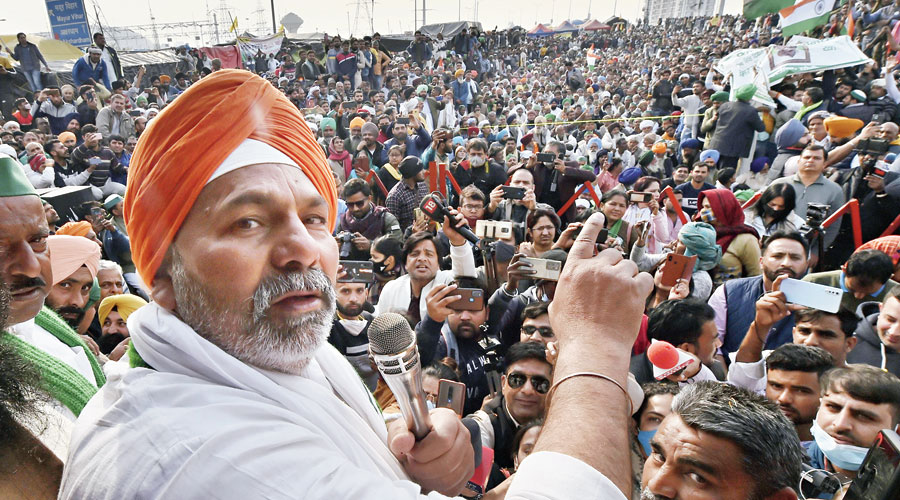 Prime Minister Narendra Modi’s statement on Saturday that his government’s offer to suspend the three new farm laws for 18 months still stands is being seen as an indication of the ruling establishment’s discomfort with the movement, which has gone from strength to strength and seems to have beaten back efforts to discredit and subdue it after the Republic Day chaos.

The government had swooped down on the protests after the incidents of violence during the tractor parade on Republic Day, but the crackdown proved counter-productive as more and more farmers joined with renewed vigour, braving a slander campaign and attacks from mobs.

Modi, who has not reached out to the protesting farmers directly even after more than 150 have died while on dharna, referred to the offer to suspend the laws after several Opposition leaders strongly raised the farmers’ protest and the farm laws at an all-party meeting ahead of the budget session of Parliament.

The farmers had already rejected the government’s offer, made earlier this month, to keep the laws in abeyance for 18 months and said nothing short of a repeal was acceptable. The sacrifices of those who have died during the protest would not go in vain, they said.

The all-party meeting was held a day after most Opposition parties boycotted the President’s address to both Houses of Parliament over the farm issues, raising the spectre of a stormy budget session.

The Uttar Pradesh administration had on Wednesday served an eviction notice to the protesters at the Ghazipur border and deployed a large police contingent. But the government had to withdraw after farmer leader Rakesh Tikait’s tearful appeal turned the tide, propelling large crowds from the adjoining hinterlands of western Uttar Pradesh and Haryana to rush to Ghazipur and other protest sites, simmering with anger against the Modi government. 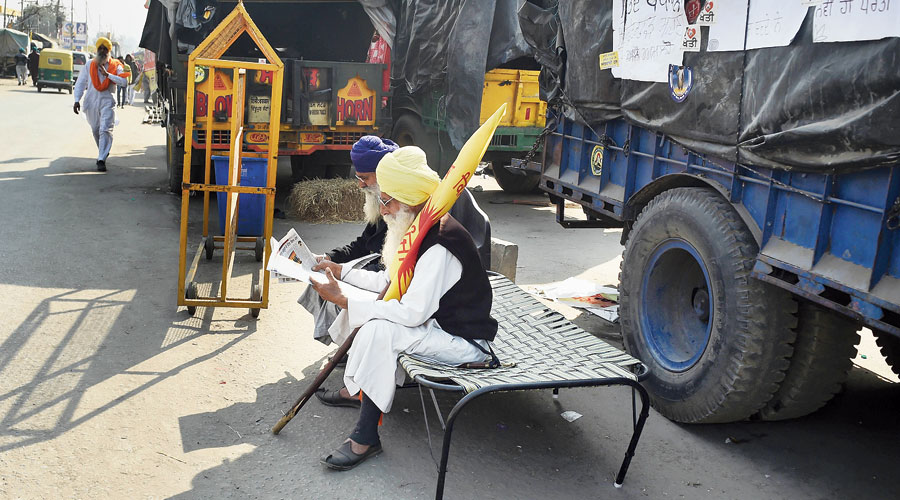 The protesting farmers at the Singhu border near Delhi.
(PTI) 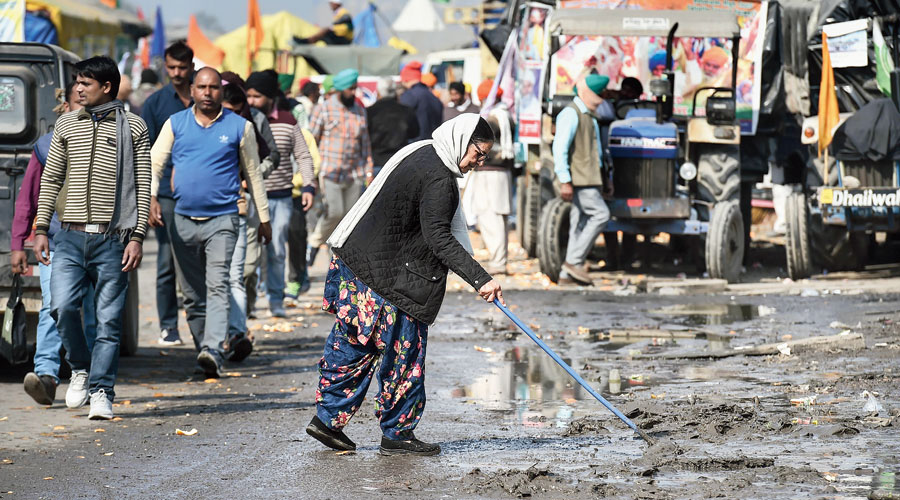 Farmers and their supporters at the Singhu border.
(PTI)

The BJP appears not to have bargained for such a spirited pushback from the farmers, especially with the Uttar Pradesh elections scheduled early next year.

The Modi government had till now been treating the farmers’ protest as primarily a Punjab-specific movement that had some support in Haryana but the crackdown seems to have spread the fire to western Uttar Pradesh and beyond.

Many in the BJP fear that western Uttar Pradesh could now turn into the epicentre of the farm protests, which would not be good news for the Yogi Adityanath government.

The BJP had in 2014 managed to sway the Jats, the dominant land community in Uttar Pradesh, by using the 2013 Muzaffarnagar communal riots to infuse Hindutva feelings. In the 2019 polls, too, the party had raised the Pakistan bogey in the aftermath of the Pulwama terror attack to influence large sections of Jats despite anger in the community over agricultural issues.

BJP leaders now fear that the farm protests could make it impossible to mollify the community.

In adjoining Haryana, the BJP government already finds itself in danger with Jat anger intensifying against the Manohar Lal Khattar government over the farm laws. The BJP government relies on the support of Jannayak Janata Party leader Dushyant Chautala, who is under huge pressure from his Jat constituency to snap ties with the saffron party.