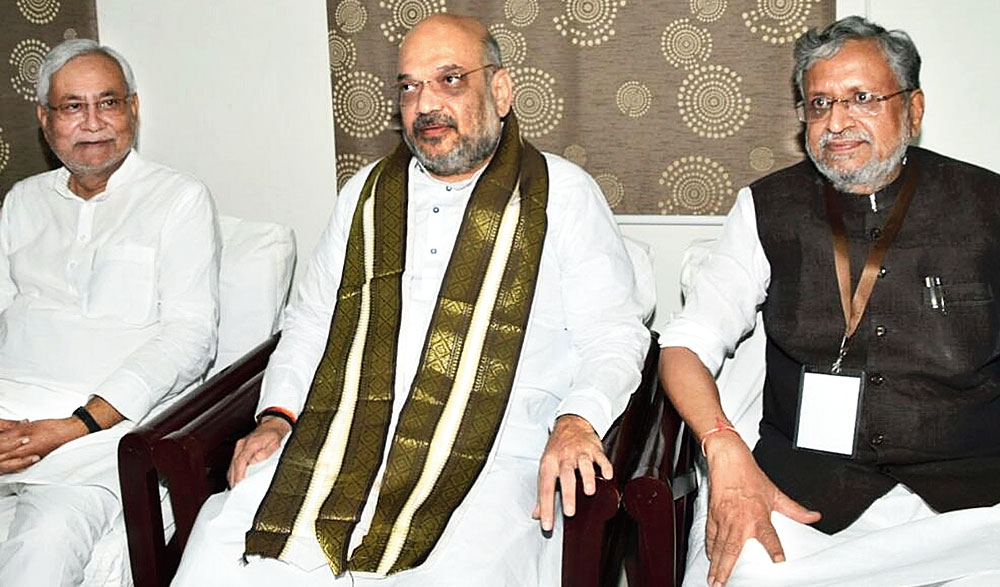 The Bihar government announced on Saturday that the National Population Register would be updated in the state from May 15 to 28.

Deputy chief minister and BJP leader Sushil Kumar Modi said the register had been introduced in 2010 by the then United Progressive Alliance government and was merely being updated by the Narendra Modi administration.

He said no state can refuse to update the NPR as it is part of the decadal census, and that any government official who refuses to participate would attract disciplinary action and a fine of Rs 1,000.

The Bengal government has put the NPR process on hold and chief minister Mamata Banerjee has said it would not be implemented in the state.

Asked about the National Register of Citizens, which Janata Dal United chief minister Nitish Kumar has said would not be implemented in Bihar, Sushil said the Centre was not currently discussing it.

“There is no move to have an NRC at present. Our Prime Minister Narendra Modi has made this clear. Statements by any other leader on the issue have no importance now,” he said.

Home minister Amit Shah has repeatedly said a countrywide NRC exercise would be carried out.

Sushil insisted that every state was bound to enforce the Citizenship (Amendment) Act, be it Bengal, Kerala or Bihar.

The governments of Bengal, Kerala, Punjab, Madhya Pradesh and Chhattisgarh have declared the new citizenship law would not be implemented in their states.

Sushil claimed that Bihar had “not a single Hindu refugee” and confusingly added: “Yet Opposition parties are creating an unnecessary hue and cry over it (the citizenship act).”

Sushil said that around 3.5 lakh Hindu refugees had come to Bihar during the Partition and another lot from Myanmar in 1964. They were all settled in various parts of the state and given land during Congress rule.

“I have no knowledge about Muslim refugees in Bihar at present. There could be one or two. All refugees who came previously are now settled here,” Sushil said.

An IAS officer, Mohammed Sohail, has been appointed census director for Bihar.

“No document will be demanded as evidence from the people while updating the NPR,” Sushil said.

“The information provided by the families would be accepted by the enumerators and would include everybody -– deshi (Indian) and videshi (foreigner). Their names will be registered. The enumerators will do this by going house to house. People will not have to queue for it.”