Total expenditure in the state is expected to be Rs 2.18 lakh crore, indicating an increase of 3.09 per cent over the last year’s estimate of Rs 2.11 lakh crore 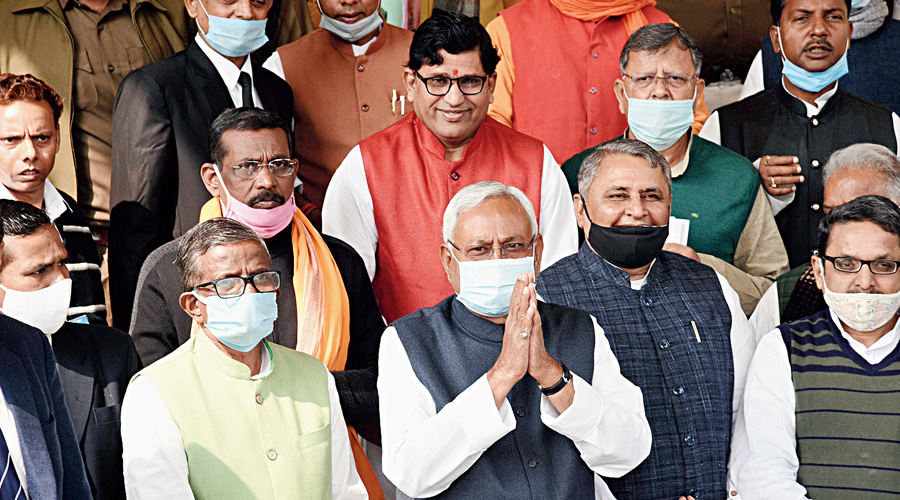 Although Bihar managed to have surplus budget even after maintaining fiscal discipline as per FRBM norm, the state couldn’t get the benefit of revenue deficit grant. Generally, expenditure in budget is divided into three heads: General, Economic and Social along with loans and advances. A sectorwise glance on allocations shows that giving prime importance to education and rural development the state has earmarked Rs 39467.3 crore (18.1 per cent)for ensuring quality education and Rs 24155 crore (11.1 per cent) to rural development for raising basic infrastructure. Second comes the subjects of water supply, urban development where government allocates Rs 20917.95 crore (9.6 per cent) followed by social security Rs 17508.54 crore (8.0 per cent).

Next comes irrigation with Rs 13520.16 crore (6.2 per cent) and after that comes health with Rs 13011.91crore which is around 6.0 per cent of the total budget. But as health has become a prime subject after pandemic and being a state subject needs more attention of the state, there was an expectation that lump sum will go for health.

The fiscal deficit is the borrowing requirement of the state and managing fiscal deficit reflects the prudent fiscal management. The state’s fiscal deficit has been estimated at Rs 22510.78 crore in 2021-22 in the budget, which is 2.97 per cent of the GSDP estimated at Rs 757026.0 crore. As per the provisions of the FRBM Act 2003, no state can cross the threshold limit of 3 per cent of GSDP and Bihar throughout has maintained this limit. However, due to pandemic, this threshold has been relaxed to 5 per cent in 2020-21and 4.5 per cent for 2021-22.

Finally, this is a balanced budget which has maintained the spirit of welfare by estimating an increase in revenue expenditure which will add on the development expenditure of the state. Yet, it was expected that there will be a higher allocation for health as unprecedented times call for unparallel commitments, but this was missing. However, increase in allocation in education and rural development will boost up these sectors to deliver quality and enhance job opportunities. The government’s focus on rural development is a good indicator as it will lead to jobs opportunities and asset creation in the rural sector which supports 89 per cent of Bihar’s population.

The budget of pandemic times is an inclusive budget as it has allocated Rs 476 crore on Saat Nishchay part-2, which includes youth, women, agriculture and irrigation, rural and urban development, connectivity and health which has become a major issue for all states.

To promote higher education among girls, an incentive amount of Rs 25000 will be given to intermediate pass students and Rs 50,000 to female graduates. For this, an allocation of Rs 600 crore has been made. Also, to promote women entrepreneurship, Rs 200 crore has been allocated to industry department. So overall, this is a budget with new ray of hope.