Congress lags behind, finger at selection

The party won only 19 of the 70 seats it contested in Bihar, recording the worst strike rate among the main parties in the fray 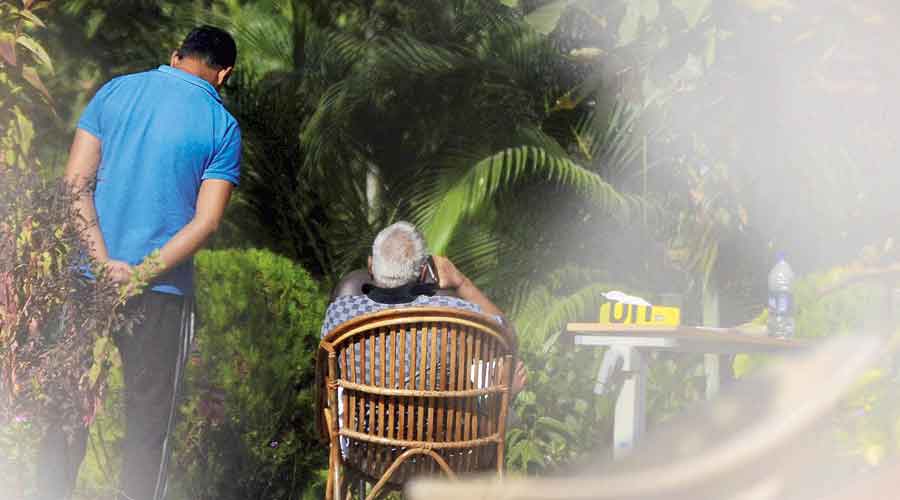 RJD chief Lalu Prasad, who is serving a jail term in a fodder scam case and undergoing treatment at Ranchi in Jharkhand, speaks on the phone during counting day in Bihar on Tuesday
PTI
Sanjay K. Jha   |   New Delhi   |   Published 11.11.20, 12:56 AM

The Congress, consistently condemned as the “weak link” in the Opposition alliance, finally proved such a perception right by winning only 19 of the 70 seats it contested in Bihar, recording the worst strike rate among the main parties in the fray.

Although those involved in election management insisted that holding the Congress responsible for the survival of the ruling coalition was an unfair criticism, almost every senior leader in Bihar was unhappy with candidate selection and felt even the campaign was mismanaged. The dominant view in the party was that the Congress squandered 20 seats at the very outset by picking wrong candidates.

The most critical factor is the Congress leadership’s failure to understand the difference between politics and electioneering. Ask any leader what was their politics in the state for the past five years and the answer invariably is: Nothing. Little was done to strengthen the organisation even as the party remains out of power for over three decades now. The victory in 27 constituencies in the last election was presumed to be a sign of revival. Saner elements in the party know the 27 seats were won on the strength of alliance partners.

That the Congress has not been able to create one strong leader from Bihar in the last three decade is not open to dispute. There is a joke in party circles that state president Madan Mohan Jha does not command the support of even 50 people across the state.

One leader told The Telegraph: “Even the preparations for elections should have started at least two years ago, not just two months before voting. Had a strong team been constituted two years ago, the party would have been in a different shape. We should understanding that bombarding people with news conferences during elections doesn’t alter the ground reality.”

The Congress carried on with a tired, uninspiring leadership that had failed to revive the party all these years. There is no evidence of a statewide political struggle over the last five years by senior leaders who played a key role in the party: Congress legislature party leader Sadanand Singh, Rajya Sabha MP Akhilesh Prasad Singh, PCC chief Jha or any other younger leader.

While Sadanand Singh’s overriding concern was to field his apolitical son in the election — who eventually lost — Akhilesh Singh is known more for behind-the-scenes manipulation than mass politics.

The in-charge of the state, Shaktisinh Gohil, was mysteriously sidelined as electioneering peaked and he finally quarantined himself owing to Covid-19 infection. The entire operation was taken over by Randeep Surjewala and Avinash Pandey, two leaders who had nothing to do with Bihar politics, a month before polling. If such turnkey projects succeeded, politics would have become child’s play.

But the Congress is not willing to concede its infirmities and the entire focus is on proving that it got difficult seats. At a time when the BJP has snatched Tripura from the entrenched Left and dreams of winning Bengal — two states where it was almost a pariah till not long ago — the Congress is crying about difficult seats in a state that it ruled for decades. The arguments by party leaders almost suggest that the RJD was obliged to give it better constituencies.

Party sources said the 70 seats it contested were traditionally non-UPA/non-Congress seats, where the strike rate of the BJP-JDU combine had been more than 95 per cent.

One source said: “Whenever the JDU and the BJP come together, they become a deadly combination on the strength of caste and social arithmetic in these seats. For example, in 2010 when the BJP and the JDU fought the election together, they won 65 of these 70 seats. Similarly, in the 2019 Lok Sabha elections, the BJP and the JDU fought together and led in 67 of the 70 Assembly segments. The Congress was up against the most challenging seats in the state.”

“When the BJP fought without the JDU in 2015, they won 58 seats, of which 24 were from this chunk of 70. Congress leaders insisted the party was a force aggregator in Bihar and the RJD had performed much worse whenever it contested alone, either in Assembly or in parliamentary polls,” the source added.

“If you look at the data of 2010 when the Congress and the RJD had fought separately, the latter could not secure even a single win in this area.”