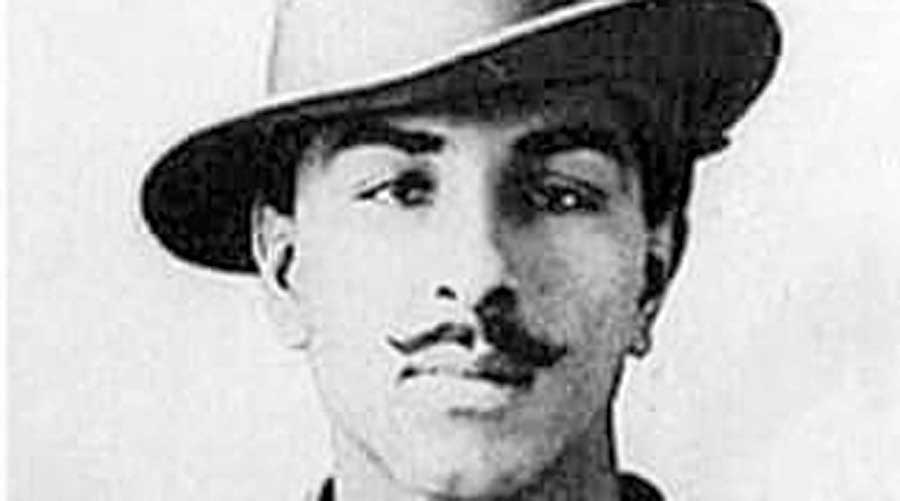 Shaheed Bhagat Singh, whose 115th birth anniversary is being celebrated, stands out, inarguably, as the “tallest” revolutionary of India’s independence movement.

There were many others who, like him, became martyrs at a very young age but there was one difference: Bhagat Singh was a great intellectual who enriched and widened the ideology of the revolutionary movement and added a new dimension to it.

He was moulded and guided by not only the political situation in India but also by the situation in Asia, Europe and America. The Russian revolution and Marxist writings and literature on the Soviet Union captured his imagination when he was in his teens. By the time he was 20, Bhagat Singh had devoured books on the theories of socialism, economics and revolution in European countries.

According to historian J.N. Sanyal, Bhagat Singh was an extremely well-read man and his special sphere of study was socialism. The economic experiment in Russia under the Bolshevik regime greatly interested him.

But he was equally alive to the importance of national language and literature in bringing about an awakening and national integration among the masses.

Although he often quoted from the writings of Guru Gobind Singh, Swami Ram Tirath and Swami Vivekananda, Bhagat Singh was totally against using religion for political ends. He believed that the failure of earlier revolutionaries lay in their divided loyalty to their nation and their religion.

Bhagat Singh adopted the slogan “Inquilab zindabad (Long live revolution)”, which replaced “Bande Mataram” as the nationalist war cry of his contemporary revolutionaries. He was not comfortable with the religious overtones of Bande Mataram and that was the reason for replacing it with a non-religious slogan.

Bhagat Singh wrote: “The martyrs of 1914-15 had separated religion from politics. They felt that religion should not intrude on politics because it does not allow people to work jointly for a common cause. This is why they could stick together during the Ghadar movement and Sikhs, Hindus and Muslims all sacrificed everything in that movement.”

Bhagat Singh accused newspapers of stoking passions and adding fuel to the fire. He expressed resentment against the decline of ethics among journalists and newspapers: “The profession of journalism which was once regarded as a very noble one, now it has become evil. These people arouse public sentiment by writing bold headlines in the newspapers against one or the other and compel people to start fighting with one another. The actual duty of newspapers is to educate, to liberate people from narrow-mindedness, eradicate fundamentalism, to help in creating a sense of fraternity among people, and build a common nationalism in India, but these papers behaved in a manner entirely antithetical to their duties. Their sole motive was to spread hysteria, preach narrow-mindedness, fundamentalism, instigate clashes and destroy the common heritage of India.”

Despite their differences with Mahatma Gandhi, the revolutionaries saluted him for his immense contribution to the struggle. However, Bhagat Singh held Jawaharlal Nehru and Subhas Chandra Bose in very high esteem: “Subhash favours complete independence because he says that the English are from the West and we are from the East. Nehru says that we have to change the entire social system by establishing our government. Subhash sympathises with the workers and he wants to improve their situation. Nehru wants to change the system itself by a revolution. Subhash is sentimental, for the heart. He is giving a lot to the young men, but for the heart. The other is a revolutionary who is giving a lot to the heart as well as the head.”

Bhagat Singh is forthright about his preference for Nehru’s views: “Now that we know their views, the question is which view should be followed? Today perhaps Subhash is not giving us any food for thought. Punjab needs food for thought and this can be provided only by Pandit Nehru. This does not mean that we should be blind followers. But as far as views are concerned, it is time for Punjabi youths to follow him, so that they may know the true meaning of Inquilab, the need for Inquilab in Hindustan, and the place of Inquilab in the world.”

The writer, a former army officer, is a columnist and the author of Freedom Struggle and Beyond