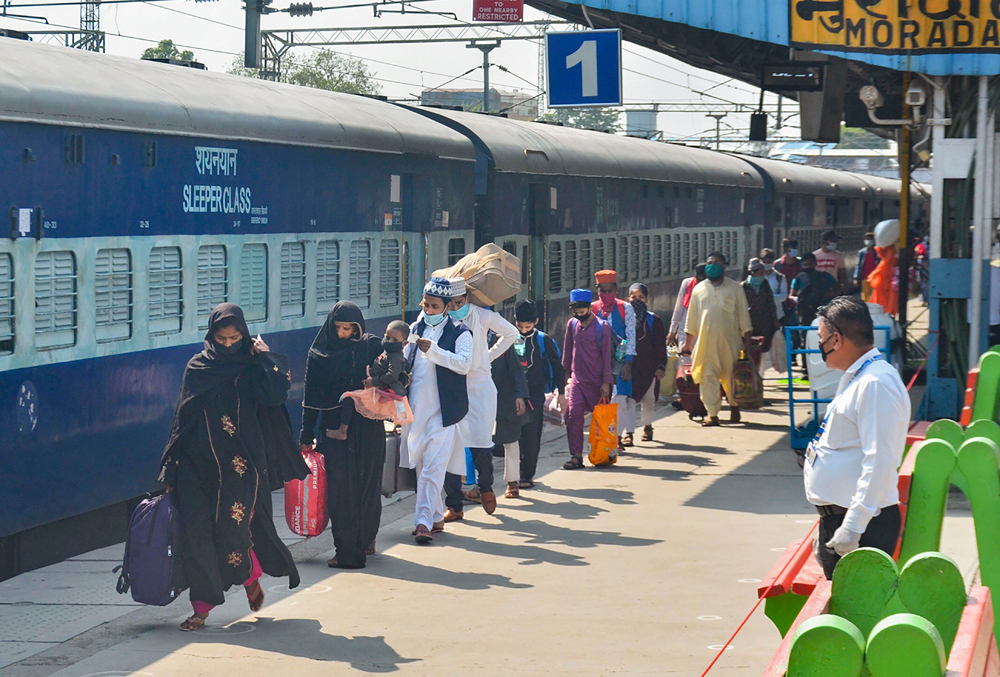 Hospitality extended by villagers to passengers when the special trains make a stopover in Bihar’s Begusarai district during the coronavirus lockdown is winning many hearts.

District magistrate Abhishek Kumar Singh was pleasantly surprised when he found the mention of Begusarai in a news report published in Mizoram, more than a thousand kilometres away.

The report was occasioned by a tweet from Mizoram chief minister Zoramthanga, hailing the Samaritans in Bihar who had reached out to the people of his state with food and water when their train made a brief and unscheduled halt in the district recently.

“A few days after stranded Mizos offer their food to flood-affected victims on their way back, a brief halt of their #ShramikSpecialTrain at #Begusarai Bihar witnessed good #Samaritans offering them food in return!” Zoramthanga had said on Saturday.

“Goodness for goodness. #India is beautiful when flooded with #Love.”

Devotees pray and take a dip in the Ganga on Ganga Dussehra in Patna on Monday.
(PTI)

The chief minister’s post has been retweeted over 5,800 times and garnered over 21,000 likes so far.

Zoramthanga had also shared a short video clip, barely 30 seconds long, wherein villagers can be seen sprinting up a sloping landscape, and carrying baskets full of water bottles and packets of food.

The footage, apparently shot from inside a compartment of the train while it was stationary, is a heart-warming picture of compassion transcending boundaries of region, language and ethnicities.

It is a far cry from some unfortunate episodes of xenophobia reported in the early stages of the Covid-19 pandemic when people from the Northeast were called “Chinese”, an allusion to their facial features, and accused of spreading the deadly infection.

The villagers, though, are hardly conscious of their newly-acquired fame.

The district magistrate said all that is known about these Samaritans was they belong to villages falling under the Ballia sub-division and had been carrying on this practice ever since the special trains began ferrying people during the lockdown to their native places from across the country.

“We are not part of any organisation nor do we seek any publicity,” Saleh Chak panchayat head Faizur Rehman said.

“We are simple people who believe in goodness and love to share whatever we have, holding that all our possessions is a benediction bestowed upon us by God,” Rehman said.

The panchayat head added that they could understand the sufferings the people had endured in their bid to return to their homes during the lockdown.

“Many sons of our own soil have undertaken arduous journeys to reach home,” he said. “By helping those undergoing similar ordeals, we can at least hope to accumulate some virtue.”