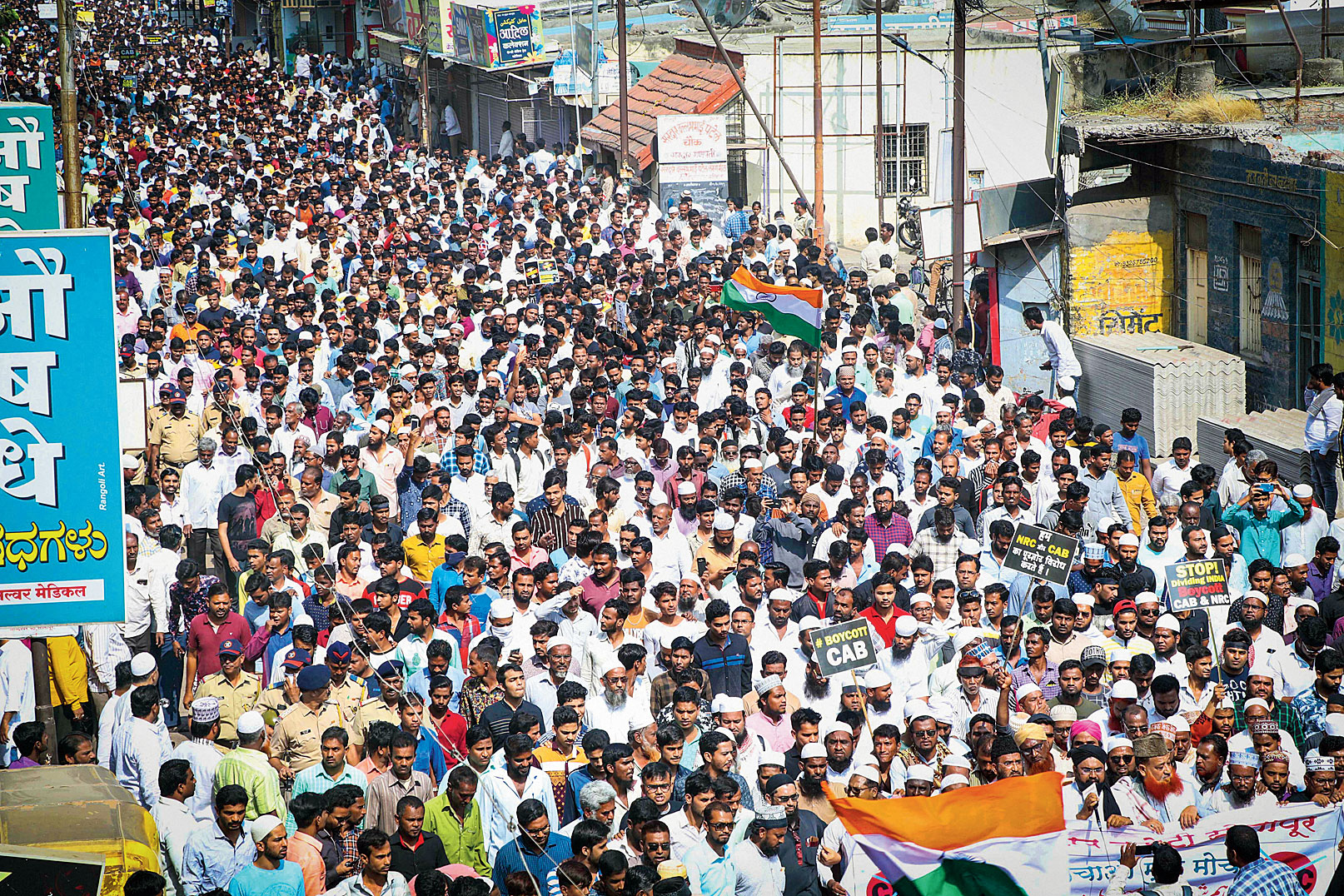 Three activist-lawyers who visited Aligarh Muslim University on Monday have come up with a damning report on the police crackdown on students a day earlier, saying security forces fired tear gas, rubber bullets and stun grenades to break up a “peaceful” protest against the new citizenship law.

The three released a list of 21 students and two AMU employees who they said were either missing or had been detained without the varsity authorities being informed.

A senior Uttar Pradesh police officer had earlier said no student had been detained and the police had merely responded to tackle “violent protesters”.

Khan, Shaheen (both former AMU students) and Abdali, an alumnus of Jamia Millia Islamia university, had visited the AMU campus on the morning of December 16 and prepared their report based on what they saw and accounts of students and teachers.

They shared the report with journalists at a media conference in Delhi on Tuesday.

According to the report, the AMU students had started gathering at the Library Canteen around 7:30pm on December 15 for a peaceful protest against the Citizenship (Amendment) Act.

As a procession moved towards Bab-e-Syed — the varsity’s main entrance and a common protest spot — police and RAF personnel deployed outside rushed towards the iron gate.

The report says the security personnel then started abusing the students to provoke them. “At around 8pm the police and RAF armed forces started firing tear gas shells, rubber bullets, stun grenades, pellets and other kinds of explosive weapons into the crowd inside the gate.”

The students retreated, hiding in nearby buildings.

Around 10pm, the police and the armed forces broke open the iron gate. Then started a “brutal lathi-charge accompanied with massive amounts of firing of tear gas shells, rubber bullets and pellets”, the report says.

“The police and (the) RAF were using deceptive shelling which would blow up the hands of students when picked up.”

“One student’s hand was blown up and he was admitted to the ICU ward in Jawaharlal Nehru Medical College (inside the campus) where his hand was amputated,” the report added.

Nazmul Islam, secretary of the AMU Teachers’ Association, said the student had lost a finger.

Asked what they meant by “deceptive shelling”, Shaheen said the shells looked like tear gas shells but blew up when picked up.

An officer of the rank of deputy inspector-general said no shells were used at AMU. “The issue was discussed here in a meeting and we concluded that some protesters had hurled crude bombs on the forces. Maybe, one such bomb exploded in the hand of a student,” the officer said in Lucknow.

The advocates in their report said the police and the RAF moved towards the boys’ hostels on Aftab Hall Road where the armed forces “fired indiscriminate” tear gas shells.

“They particularly targeted the Sir Syed North Hostel and fired stun grenades and tear gases over its closed gates. Another surprising yet horrific act by the armed forces was vandalising the bikes and other vehicles belonging to the students who had left them parked on the road,” the report says.

“The clearest evidence of disproportionate and extraordinary use of force with mala fide intent by the police can be found from the incidence that took place at room No. 46 of Morrison Court Hostel. The hostel included many students who were not even part of the protests... (but the) armed forces forcefully entered by brutally thrashing the gate guard and then firing the tear gases.

“Shockingly, the armed forces then cut the window fence of Room No. 46, shattered the glass window and fired tear gas in the room from point-blank range. As a result, the room caught fire and the three students who were in the room but not even part of the protest came out in a semi-conscious stage. The armed forces then brutally assaulted those students and one, Syed Mohammad Mehdi Rizvi, is missing since then.”

The advocates claimed that 60 students suffered varying degrees of injuries and trauma and had to run to the emergency department of the campus medical college, including three who were in a critical condition and remained in the ICU.

The hospital’s authorities refused to share any details with the advocates.

Islam, the secretary of the varsity’s teachers’ association, said: “We have asked the local administration to give us the names of the students who are still missing. The police had told us that all the students who were detained on December 15 had been let off. But we know that there are many who are yet to return to the campus.”