Steps would be taken to ensure that such incidents don't recur, says Bangladesh home minister 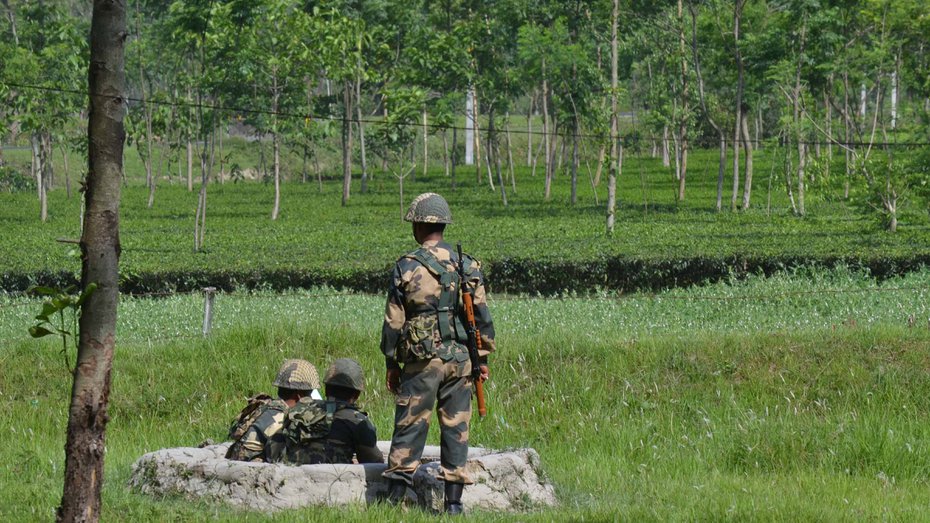 A BSF statement said the incident took place in Murshidabad district around 9 am when the force had approached the Border Guard Bangladesh (BGB) troops, in the middle of the Padma river, to resolve an issue linked to Indian fishermen.
File picture
PTI   |   Calcutta   |   Published 19.10.19, 08:42 AM

Bangladesh home minister Asaduzzaman Khan said the recent killing of a BSF jawan by a Bangladeshi border guard won't have an impact on bilateral ties and he would talk to his Indian counterpart Amit Shah, if needed, to 'defuse the situation'.

Khan stated that an Indian fisherman, who was arrested on Thursday for trespassing into Bangladesh waters, will be released, in accordance with the norms.

Noting that a 'misunderstanding between the forces' led to the killing of Border Security Force (BSF) head constable Vijay Bhan Singh, Khan said: 'Steps would be taken to ensure that such incidents don't recur. If needed, I will talk to Amit Shah to diffuse the situation.'

A Bangladesh border guard fired from his AK-47 rifle during a 'flag meeting' along the border in Bengal, killing Singh and injuring another jawan, Rajvir Yadav.

A BSF statement said the incident took place in Murshidabad district around 9 am when the force had approached the Border Guard Bangladesh (BGB) troops, in the middle of the Padma river, to resolve an issue linked to Indian fishermen.

The BGB personnel had held three Indian fishermen who were allowed by the BSF to fish within the International Border, but let go of two later.

Shortly after, a BGB jawan identified as Sayed fired from behind, killing Bhan Singh.

Terming the incident 'unfortunate', the Bangladesh home minister said the directors-general of both the forces should sit together and solve the issue. 'The two countries share a cordial relationship and the same applies to the BSF and the BGB.

'There has been an unfortunate incident, but I am hopeful that the directors-general of both the forces would sit together and solve the matter,' Khan said over phone from Dhaka.

Asked about the fisherman who is in Bangladesh police custody, Khan said: 'He will be released. At times when fishermen of both the countries unknowingly stray into each other's territories, they are released during flag meetings following laid-down procedures.'

Khan also asserted that the incident won't cast its shadow over the bi-annual DG-level meeting of the two border guarding forces in New Delhi, later this year.

'As far as I know, talks between the BGB and the BSF will take place as per schedule. If needed, I would talk to Amit Shah to resolve the issue. We think there should be a flag meeting to find a solution to such problems,' he iterated.

The last director-general-level talks was held in June this year at the BGB headquarters in Dhaka.

Contending that he would propose the use of non-lethal weapons and joint border patrol, during the next flag meeting, the Bangladesh home minister said such measures could also prevent civilian deaths along the international boundary.

Official sources said border forces of India and Bangladesh that guard a 4,096-km international boundary have maintained friendly relations and no bullet has been exchanged between them for decades.

Thursday's incident is an 'aberration' and efforts were being made to ensure that the situation does not deteriorate, they added.