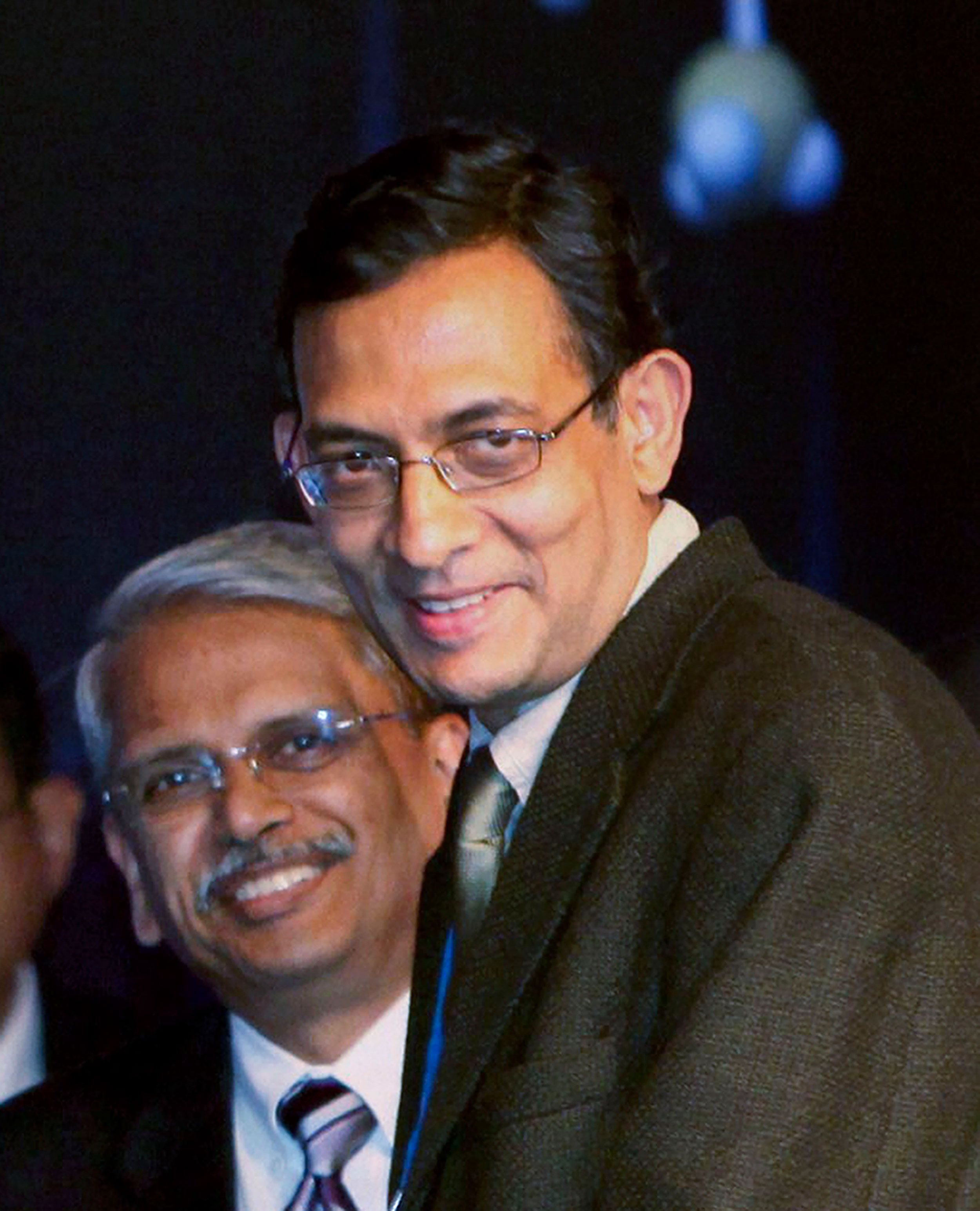 Had the government not pardoned the students for their gherao of the VC and a clash with police, Abhijit Banerjee would not have been able to leave for Harvard later that year to do his PhD.
(PTI file picture)
Pheroze L. Vincent   |   New Delhi   |   Published 15.10.19, 01:28 AM

In May 1983, Abhijit Vinayak Banerjee and some 360 other students of JNU, including 50 women, spent 12 days in Tihar jail on charges including an attempt to murder the vice-chancellor.

Had the government not pardoned the students for their gherao of the VC and a clash with police, Banerjee would not have been able to leave for Harvard later that year to do his PhD.

Thirty-three years later, soon after the police arrested a few JNU students over the alleged chanting of seditious slogans, Banerjee wrote about the contentious subject in Hindustan Times.

“Whatever those arguments be, when we make them it is vital that we recognise that we are on delicate terrain, vital that every time we deviate from our stated ideals we take a deep breath and think about it.

“This is why universities, and civil society more generally, are so important for a democracy like ours, founded on a genuine idealism that we have a hard time holding on to…. Students often say things that they will one day change their minds about, but also things that change our minds when we think about them. We need the space. Please stay out.”

Banerjee did an MA in economics from 1981 to 1983. His contemporary Janaki Nair, who was studying for an MA in history then and teaches in JNU now, told The Telegraph: “He did not want to go to the US. The UK was his first choice. He appeared for an interview for the Inlaks scholarship and was upset for days when he did not get it.”

Nair and others confirmed that Banerjee was never part of any student group but was a “passionate participant” in debates and agitations.

“He was left of Left…. The Far Left then was a loose grouping of individuals. He went to jail just before the final semester exams, and was taken away by the police while sitting on a dharna. A lot of us participated in that protest only because Abhijit was there. His parents were worried and had come down from Calcutta after his arrest.”

Several of Banerjee’s contemporaries confirmed that he did not conform, and was well read not just in economics but also English and Bangla literature as well as philosophy. Although he bitterly criticised the mainstream Left, a student leader from that time said that he voted for the SFI.

The gherao Banerjee was arrested for was led by Students for Democratic Socialism and the Free Thinkers — a group that current finance minister Nirmala Sitharaman was part of.

Historian Ramachandra Guha on Monday tweeted that besides being “a proud graduate of that much-maligned university, JNU”, Banerjee was also “a superb cook and a connoisseur of Hindustani classical music”.

“He loves eating and trying out new cuisines. When he comes to Delhi, he tries to explore Italian or south Indian food. In the US, he developed this interest in cuisines and began experimenting with new kinds of food,” said Sanjay Sharma, who was a close friend of Banerjee’s at JNU and now teaches history at Ambedkar University here.

Banerjee was not always focused on the “experimental approach” to economics that has won him and two others the Nobel.

One of his former teachers, Anjan Mukherji, described Banerjee as “among the top three or four class toppers that I have taught, and the only one who could have won a Nobel”.

He added: “He was especially interested in economic theory. He did his PhD under the noted economic theorist, Eric Maskin. He then forayed into experimental research and randomised controlled trials --- a new thing in economics that he applied to poverty alleviation. Big questions are difficult to answer, and his work tries to provide simple answers to the smaller questions.… That is more in demand than a general answer.”

This approach --- based on the idea that micro interventions are substantially independent of the macro context — is not hugely popular at JNU. Banerjee has not been invited to lecture at the university for at least a decade although he frequently visits Delhi since much of his research concerns the state of education in Rajasthan.

Shakti Kumar, Centre for Economic Studies and Planning chairperson, said: “We are proud of him and are planning to invite him.”

“His work is part of an ethos that wants to make a difference to the lives of the poor,” Mukherji said.

“Today, economic development is a much bigger field and attracts so much interest because of economists like (Amartya) Sen, followed by Abhijit and others. If only we had a few more students like him….”

In a souvenir relating to the 40th anniversary of JNU’s Centre for Economic Studies and Planning in 2012, Banerjee wrote about the reason he had chosen to study at this centre rather than the Delhi School of Economics for his MA.

“I remember talking to Professors Mukherji and Sengupta on my first day there, and catching my first glance at Professor Jain. What surprised me (and secretly, I was very flattered, of course) was the fact they talked about economics and why it was important to have different points of view (this was JNU after all), whereas at D School I was told about who went or was going to the United States for further study and who was headed to the IIMs. I knew where I needed to go,” he wrote.

The other reason: “The earnest faces on the bare rocks in khadi kurtas and early Fabinida churidars holding forth about God knows what — don’t laugh….”

“Today, when the world is rejoicing in JNU’s contribution in the form a Nobel Prize, it’s a recognition of JNU’s contribution to society. At a time when learning has become a crime, asking questions is seditious, this Nobel Prize to one of our alumni is a celebration of the idea of the university, which is being killed on a daily basis.”