Back from G7, Modi dials Putin to discuss trade 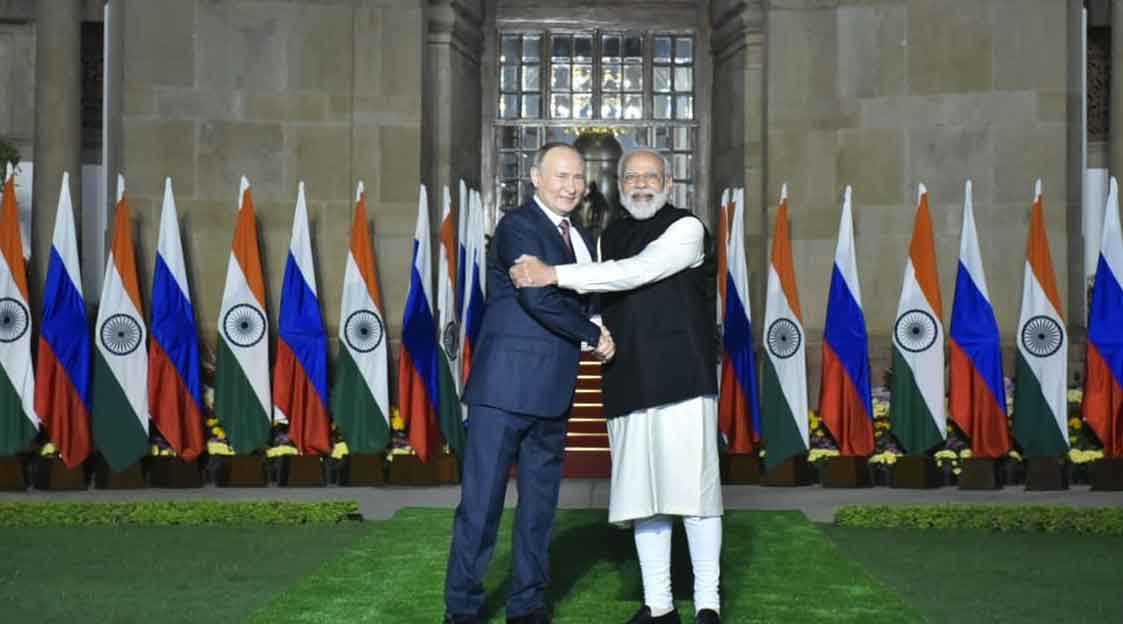 Prime Minister Narendra Modi had a telephonic conversation with Russian President Vladimir Putin on Friday, days after attending the G7 meeting as an invitee in Germany where isolating Russia was high on the agenda of the member countries.

This is the fourth time the two have spoken over the phone since the Russia-Ukraine war began on February 24 and comes amid reports that Russia has edged past major suppliers of crude to India to clinch the top spot in June with New Delhi taking advantage of the discount that Moscow is offering on Urals crude to counter the decision of several western countries to reduce their dependence on Russian oil and gas.

While the Indian readout said the two leaders exchanged ideas on how bilateral trade in agricultural goods, fertilisers and pharma products could be encouraged further, the Kremlin claimed Modi and Putin “were pleased to note a substantial increase in bilateral trade volumes, including mutual deliveries of agricultural produce”.

Besides the state of international energy, the two discussed food markets. The conflict has not only affected oil trade but also food supplies as both Russia and Ukraine are net exporters of agricultural products and are leading suppliers of food stuff and fertilisers to global markets.

According to the Food and Agriculture Organisation of the United Nations, “in 2021, either the Russian Federation or Ukraine, or both, ranked among the top three global exporters of wheat, barley, maize, rapeseed and rapeseed oil, sunflower seed and sunflower oil’’.

Putin, according to the Kremlin readout, “drew attention to systemic mistakes by a number of countries that disrupted the entire system of free trade in foodstuffs and provoked substantial price hikes. The illegitimate anti-Russia sanctions have compounded the already complicated situation. The very same factors have also impacted the global energy market. The President also noted that Russia had been and remained a reliable producer and supplier of grain crops, fertiliser and energy carriers to Indian partners, among others’.’

According to an AFP report, Thursday’s grain shipment from the occupied port of Berdyansk marks the opening of a sea route to export wheat from Ukraine to third countries.

Putin also briefed Modi on the key aspects of Russia’s ongoing “special military operation’’ in Ukraine and underscored “the dangerous and provocative nature of the approach of the Kiev regime and its western patrons to escalate the crisis and torpedo efforts to resolve it by political and diplomatic methods’’, the Kremlin said.

Since the beginning of the conflict, India has called for resolving the issues through dialogue and diplomacy. New Delhi has resisted pressure from the West to condemn Russia and has sent humanitarian assistance to Ukraine as part of the effort to appear neutral.