Not criticising judges but unable to reconcile and shocked beyond measure, says ex-judge 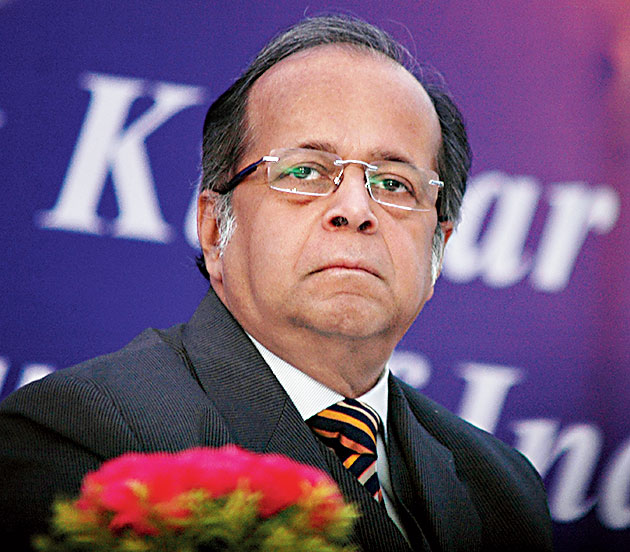 Justice A.K. Ganguly, a former Supreme Court judge, on Monday said he was shocked “beyond measure” by the Ayodhya verdict as “the conclusions of the judgment are not matched by its reasons”.

Speaking at a discussion on “The Consequences of the Ayodhya Judgment of the Supreme Court” at the India International Centre here, Justice Ganguly said: “I’ve never heard in my humble career as a judge for 18 years that there can be addendum to a judgment…. After reading the judgment, my first reaction in one sentence is ‘the conclusions of the judgment are not matched by its reasons, rather they are mutually destructive’.”

The former judge said he was not criticising the judges but he cannot reconcile.

Justice Ganguly said: “In 1934, there were communal disturbances. Damage was made to the mosque…. it was restored by the British government, and Hindus were fined. I find that our colonial masters, they protected the rights of minorities better than this constitutionally formed government under the Constitution where secularism is a basic feature.”

He pointed out that “Hindu idols were surreptitiously placed in the mosque”, just a month after the Constitution was adopted.

Justice Ganguly quoted the judgment which says: “The allotment of land to the Muslims is necessary because though on a balance of probabilities, the evidence in respect of the possessory claim of the Hindus to the composite whole of the disputed property stands on a better footing than the evidence adduced by the Muslims, the Muslims were dispossessed upon the desecration of the mosque on 22/23 December 1949, which was ultimately destroyed on 6 December 1992. There was no abandonment of the mosque by the Muslims.”

Justice Ganguly then asked, “How does it become a better footing, on what better footing? Hindus have always encroached upon it illegally…. Does demolition of the mosque constitute a better possessory title of the Hindus?”

Pointing out that in 2017, the Supreme Court had ordered a fast-track trial against former Uttar Pradesh chief minister Kalyan Singh and other BJP leaders for criminal conspiracy to demolish the mosque, Ganguly said: “The court was so shocked by the enormity of the crime that it gives an extraordinary direction. And that is considered act of possession? …And now the central government is directed to frame a scheme on the same plot of land where stood a mosque, on the demolition of which the Supreme Court directed a trial with such seriousness.”

He added: “I am not criticising the judges. They are learned people. I am just trying to find answers on the basis of what is said by the Supreme Court. Article 26 (freedom of religion) was not even referred to by the SC…. I cannot, with great respect to the learned judges, I cannot reconcile.”

Former Delhi University political science professor Neera Chandhoke asked: “If the fear of the National Register of Citizens (being extended across the country) was not there, would everyone be silent?”

The third panellist, senior Supreme Court advocate Sanjay Hegde, quoted Chief Justice of India Arvind Bobde from a recent interview in which he said that the bench had decided to be unanimous on the Ayodhya verdict.

Hegde said: “The difference between achieving, working, pleating together unanimity and conforming to unanimity… And that is that fine balance which the Indian Supreme Court in this judgment seems to have lost. It achieved unanimity by first agreeing that ‘look we have to get this out of the way, we have to give a judgment which is implementable…. Jugaad jurisprudence is sometimes used when arguments are made which are not necessarily focused in law or flowing out of it.”

He added: “All that was being asked is that ‘not only we (Muslims) have a right to that land, we also have a right to This Land (India). We are here in shared citizenship with everybody else. We can kindly adjust, but it has to come from us.’ Today all that is being told is that there is a responsibility to keep quiet. It doesn’t affect only the Muslims but all of us who believe in our holy book, the Constitution….”