Away from campaign, Varun focuses on farm woes 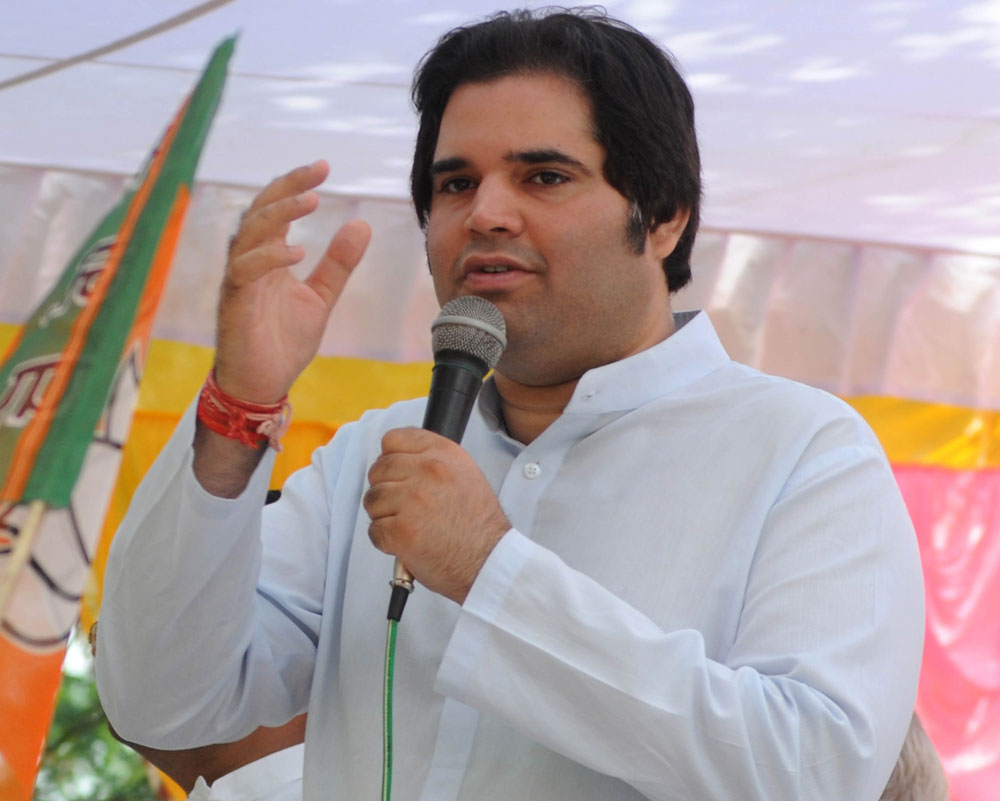 BJP parliamentarian Varun Gandhi, who stands virtually sidelined under the current dispensation, has come up with a book on rural India at a time his party is battling farm distress in the ongoing round of state elections.

Farmer disenchantment appears to be also emerging as the biggest hurdle in the way of Prime Minister Narendra Modi’s return to power in next year’s general election.

Varun claims the book, A Rural Manifesto — Realising India’s future through her villages, which runs into more than 800 pages, is an “academic critique” of not only the Centre’s policies but those of previous governments too.

The MP from Sultanpur, Uttar Pradesh, does not directly claim that his well-researched book could provide ideas to the Modi government on ways to tackle rural distress and joblessness but agrees that his work could enlighten policymakers.

“The book adds to the existing body of knowledge and so creates a systemic path whereby issues such as rural incomes can be dealt with to chart a sustainable path for the economic future of Indian villages,” he told The Telegraph on Monday, two days before the book’s formal release.

Varun, son of Union minister Maneka Gandhi and widely seen as the “BJP’s Gandhi”, claims the information in his book is “original” and does not depend on government data. “Government data provide only partial solutions,” he said.

Varun’s virtual marginalisation under the leadership of Modi and party chief Amit Shah appears to have been a blessing in disguise as it helped him find time to travel across difficult rural pockets of the country as he worked on the book.

The BJP has not utilised him for campaigning in successive state elections since Modi swept to power in 2014.

Varun says farm-loan waivers are necessary to tackle rural distress but also suggests other ways to deal with the crisis. “Aside from farm-loan waivers, which remain necessary, greater subsidies could be extended on the purchase of agricultural equipment, fertilisers, etc.,” Varun said.

His book, he added, looks very closely at 60 districts across the country to find out the reasons for “farmers’ indebtedness” and suggests a “new system of providing institutional credit within the existing mechanism”.

His cousin, Congress chief Rahul Gandhi, too has promised to waive farm loans if the opposition party comes to power in Madhya Pradesh, Rajasthan and Chhattisgarh, three key BJP-ruled states that would elect new governments before the year ends.

Varun does not directly claim that his book is critical of the Modi government’s rural policies but says it “examines and gives an independent view on sweeping government endeavours like the (village job scheme) MGNREGA, Ayushman Bharat, interlinking of rivers (and the) Ujjwala Yojana”.

Varun lauded the MGNREGA, known to have been pushed by his paternal aunt Sonia Gandhi when the Congress-led UPA was in power. “The MGNREGA has had a net positive impact on the rural economy. Despite significant shortfalls in its implementation, the programme has had a positive impact on the provision of livelihood security, with migration reduced significantly,” he said but added that the government should re-tailor and utilise the scheme appropriately.

Modi has continued with the UPA’s MGNREGA scheme but has slammed it as a “living monument” of the Congress’s failure.

Varun lauded one of Modi’s pet schemes — the Ujjwala Yojana — that provides for free LPG connections to the poor, but highlighted the deficiencies too. “The scheme has definitely helped in increasing LPG penetration…. Yet, refilling remains a challenge,” he pointed out.

“As the price of refilling increases, poor households may find it attractive to switch to alternative fuels,” he said, citing a finding of the 2011 census that almost 85 per cent of rural households use biomass, coal or kerosene.

Many in the BJP are wondering about Varun’s possible fate in the party after the publication of the book.

Some party leaders feel the current leadership, which views the Gandhis as being “born with a golden spoon”, may not take too kindly to the suggestions on tackling rural distress.