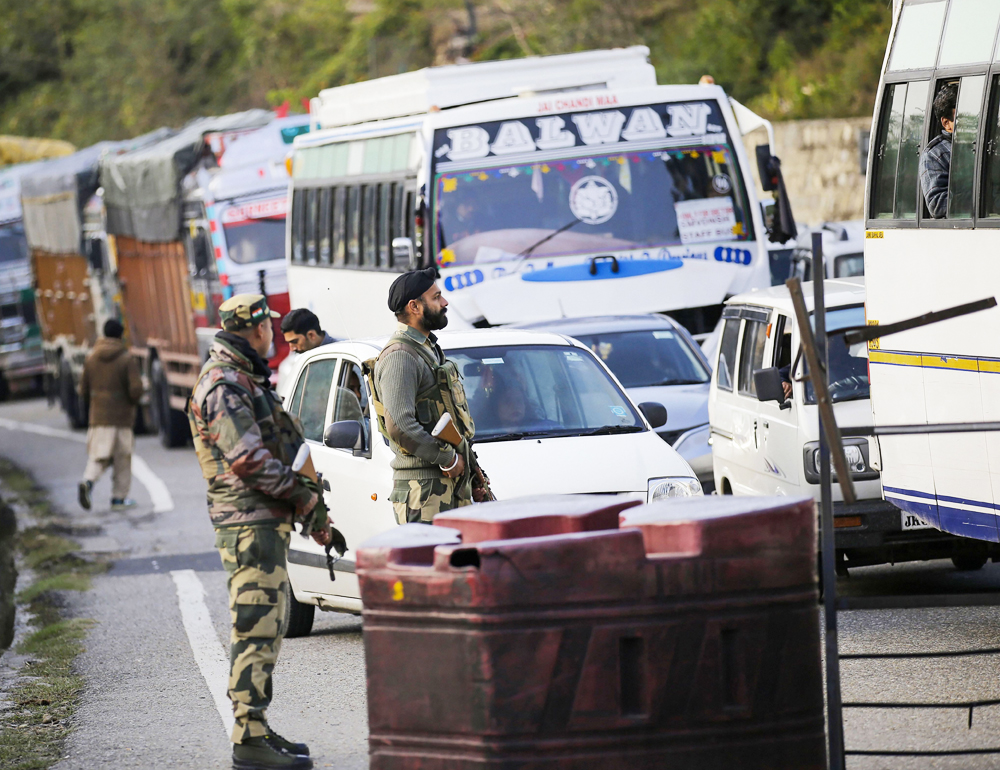 Four soldiers were killed and four injured when an avalanche and a blizzard struck an army post and an army patrol, respectively, in north Kashmir on Wednesday.

Three soldiers were killed in the Tangdhar sector of Kupwara and one in the Gurez sector of Bandipora, the army said. The four others are being treated in hospital.

“Despite the best efforts of the rescue and medical teams, three army personnel in the Tangdhar sector and one in the Gurez sector succumbed (to their injuries),” Colonel Rajesh Kalia, the Srinagar-based defence spokesperson, said.

Defence sources said the blizzard had trapped a patrol of four at an altitude of around 12,000 feet in Gurez.

“Naik Akhil developed a severe medical condition and after immediate first aid, he was evacuated to 92 Base Hospital at Badami Bagh Cantonment, Srinagar, where he unfortunately succumbed,” an officer said.

Four jawans of the 2 Jat Regiment were hit by an avalanche around the same time in Tangdhar.