At LuLu mall, hate politics blows up on Yogi Adityanath 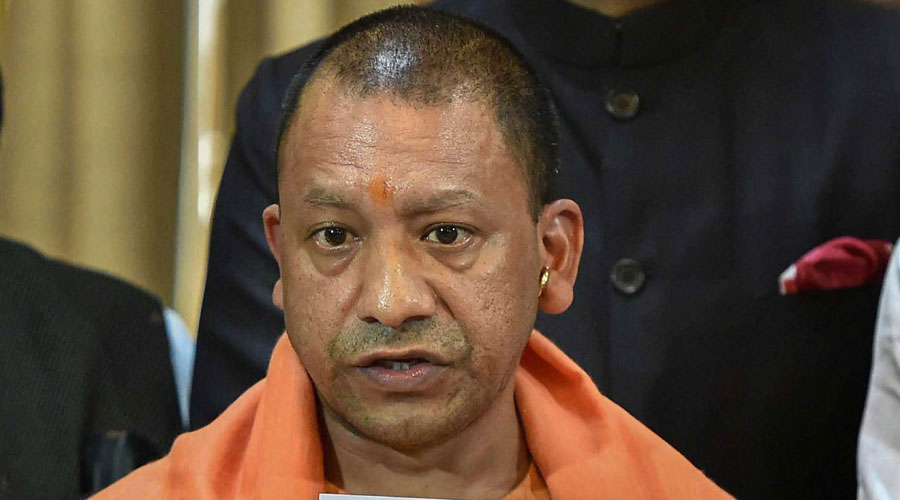 Hate is doing to Yogi Adityanath what the monster did to Frankenstein.

A Hindutva outfit on Thursday protested at the gates of Lucknow’s LuLu Mall, one of the biggest such facilities in northern India and inaugurated by chief minister Adityanath four days ago. The protesters sought the demolition of the mall with bulldozers — a treatment popularised by Adityanath himself on the campaign trail —  after a video purportedly showed a handful of people offering namaz in the building.

The mall belongs to Yussuffali M.A. from Kerala, who runs the Abu Dhabi-headquartered LuLu Group, the multinational conglomerate. Yussuffali has also built in Kerala two of the biggest malls in the country.

Yussuffali had proposed a Rs 2,500-crore investment in Uttar Pradesh and had been invited to an investor summit organised by the Adityanath government in Lucknow and inaugurated by Prime Minister Narendra Modi on June 4 this year.

Adityanath had inaugurated the mall on July 10, and it was opened to the public the following day. Earlier, the chief minister had visited the site to see the progress of the mall’s construction on 11 acres in the upscale Ansal Golf City area of Lucknow.

On Thursday, Mahasabha spokesperson Shishir Chaturvedi told reporters outside the Lucknow mall: “We have learnt that namaz was offered in a public area in the mall on Wednesday. If so, we want to recite the Sundar Kand and Hanuman Chalisa in the mall.

“We have also learnt that 70 per cent of the mall employees are Muslim and 30 per cent are Hindus. The mall is promoting Muslims and Islam.”

Umesh Kumar, a high court advocate, said that if namaz is offered at a spot in the mall that is open to the public, its management can be prosecuted on the basis of the government order.

“It can create a law-and-order problem if someone walking by opposes it. But it wouldn’t be illegal if the mall management provides a room for namaz or puja,” Kumar said.

The video shows seven or eight people offering namaz, purportedly in a corner of the mall, while visitors walk around the place.

Sameer Verma, general manager of the mall, said in a video statement: “Any kind of religious work or prayer is not allowed here. We train our floor and security staff to keep a watch on such activities.”

Adityanath had faced criticism from the Right-wing ecosystem for allowing a Muslim-owned mall to come up, especially one employing mostly Muslims.

On Thursday, Chaturvedi alleged irregularities in the land allotment for the mall and its plan. “We want to ask Babaji (Adityanath) when he will order his bulldozer to raze the building,” he said.

Bulldozers have on Adityanath’s watch demolished allegedly illegal properties, owned mostly by Muslims branded as rioters, across the state.

Several Hindutva followers chided Adityanath after the namaz controversy broke. “We didn’t expect this from you,” tweeted Samrat Maurya, tagging the chief minister.

Another tweet, in Hindi, asked: “Has Babaji inaugurated a mall or a mosque?”

J.K. Bhadauria, officer in charge of the local police outpost, said Chaturvedi had handed him a memorandum addressed to the chief minister and that the police were “forwarding it to higher authorities”.

“We have deployed a team at the mall’s gates to prevent any inconvenience to visitors,” he said.

Kanwar Yatra: UP to ban meat