Arson and shots at CAA protests

Glass from a few broken bottles lay strewn at the spot 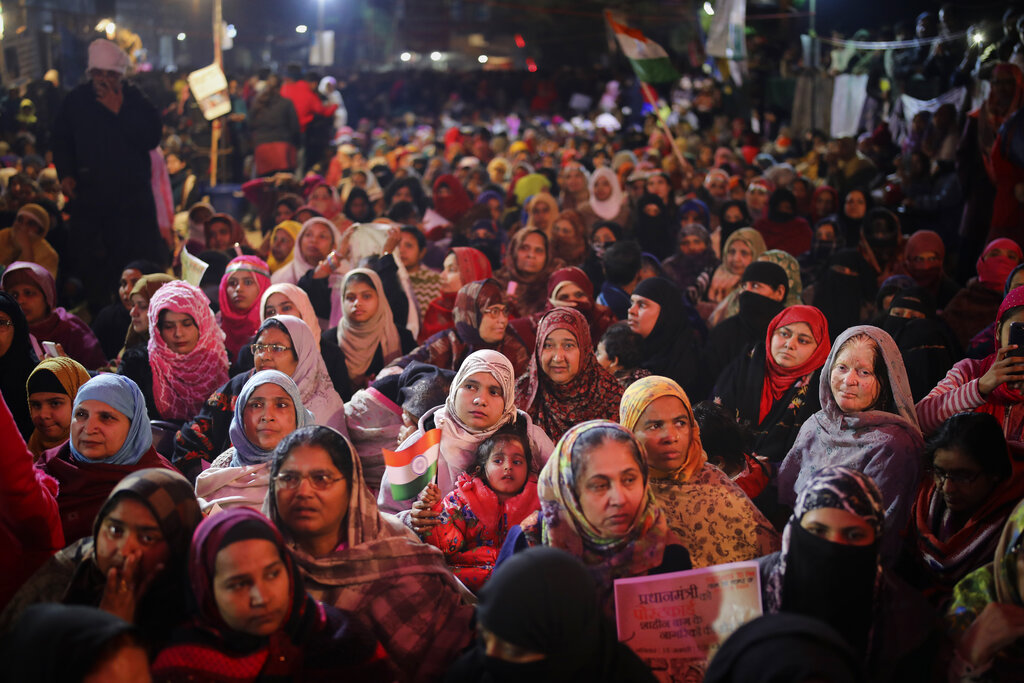 A firebomb was hurled at the edge of the Shaheen Bagh protest site and a gunshot fired outside the Jamia Millia Islamia during Prime Minister Narendra Modi’s “Janata Curfew” on Sunday.

Shaheen Bagh had put up a token protest of only five women, responding to the call to stay indoors, while the anti-citizenship-act dharna outside the Jamia had been suspended indefinitely on Saturday owing to the coronavirus pandemic.

Police sources said they responded to a call around 9.15am and found a banner, a rug and a part of the bamboo barricade at Shaheen Bagh burnt.

Glass from a few broken bottles lay strewn at the spot, located on the boundary of the protest site and less than 100 metres from where the five protesters sat on Sunday.

At the site of Jamia’s suspended protest were found a broken bottle, a green plastic cigarette lighter and a bullet casing, indicating a petrol-and-gun attack.

Two FIRs have been filed and teams formed to arrest the suspects, who apparently misused the curfew for a fresh attempt to terrorise a neighbourhood that has been at the forefront of the protests against the new citizenship matrix.

Since January, a Jamia student has been shot and injured by a gunman at an anti-CAA march, and one incident of firing each has taken place outside the university and at Shaheen Bagh.

The wave of shootings came after Union minister Anurag Thakur led a rally in chanting “shoot the traitors” during the Assembly poll campaign.

Alleged Shaheen Bagh shooter Kapil Baisla is out on bail.

On Monday, the Supreme Court is expected to hear petitions seeking the removal of the dharna.

The Shaheen Bagh protest’s official Twitter handle said: “A few hours ago, a petrol bomb was thrown to violently disrupt our protest. Unidentified miscreants allegedly threw the bomb at the outer barricades that cordon off the site of the #ShaheenBagh gathering and ran off.

“We are enraged and deeply saddened by the continuing spate of violent attacks on our protest and community at large. Our resolve and courage has been tested throughout the course of this 100-day resistance, yet we stand here—undeterred and untired.

“In spite of all this, and in line with the state directives issued to contain the #COVID 19 threat facing our nation, we bravely continue our protest today with only 5 women protesters marking their resistance on behalf of all of us at #ShaheenBagh.”

Many more women had left their slippers on the cots for the protesters as a symbol of their continuing support for the agitation.

Jamia law student Suyash Tripathi said he had seen the alleged gunman around 9.35am.

“We were having tea on the road some 50 metres from Gate 7 when I saw a man on a motorcycle, which had three bags hanging from it, come from the Jamia Metro station side. I then heard a gunshot, following by the sound of breaking glass,” he said.

“We ran towards him and he fled on his bike towards Sarai Jullena. He seems to have thrown a bottle of petrol at the tarpaulin covering the protest site, but it apparently hit a pole and broke. We saw a lighter and a bullet casing lying on the road.”

The university has suspended classes as a precaution against the virus. Jamia officials have given the police access to CCTV footage from the varsity gates.