Army proposal to induct civilians for three years must be deliberated in detail: Experts 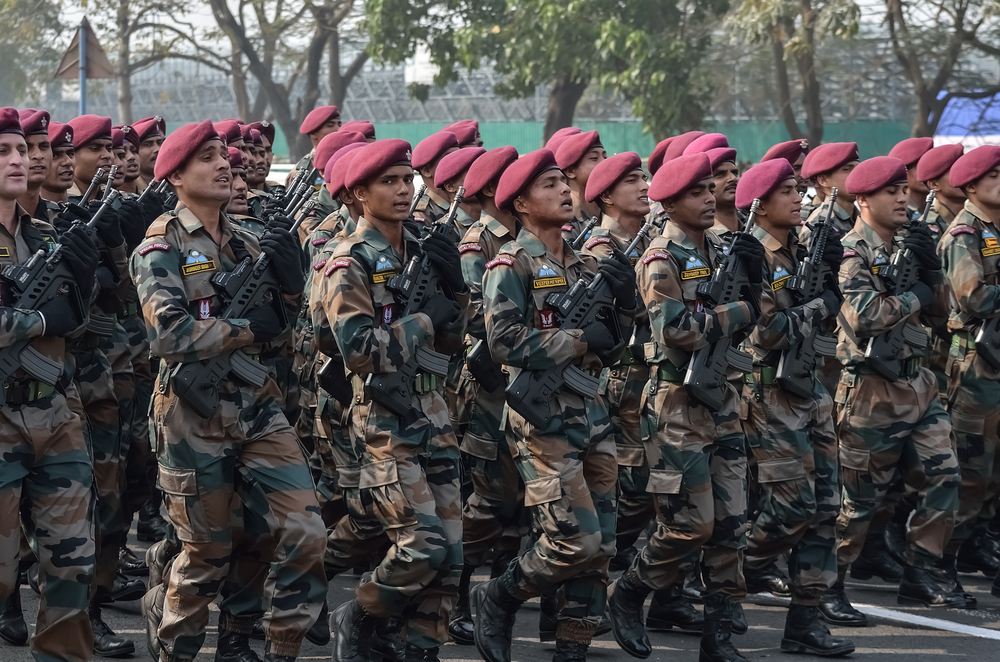 Military and strategic affairs experts on Thursday reacted cautiously to the army's plans to induct civilians for a three-year tenure, saying the proposal must be deliberated upon in great detail and adequate care must be taken before implementing the 'fanciful' idea as it may have national security implications.

While several former army commanders welcomed the proposed move, a number of others talked about the 'inherent risks' involved, noting that it was not a right idea to implement when India was faced with complex security challenges on the borders with China and Pakistan.

A number of former military officers wondered why the army has brought forth the proposal when they should have focused on making the short service commissioning attractive while aiming to induct talented young professionals into the 1.3 million force.

'We cannot ape the West. No other Army in the world has got 7,000 kms of land frontiers to guard. The proposal will have implications on internal as well as external security dimensions of the country,' Lt Gen (retd) Rameshwar Roy told PTI.

Lt Gen Roy, who served extensively in Jammu and Kashmir including as a Corps Commander, claimed that the new proposal has a political dimension, asserting that a 'false sense' of nationalism and patriotism cannot be generated by recruiting people for three years in the armed forces.

Lt Gen Roy also said Indian Army India cannot afford to have the luxury of training somebody for 10 months and take his services only for three years.

'Our army is a grounded Army. You learn from experiences. By the time, anyone will be able to contribute to the army, he will be out under the new concept. The idea looks very fanciful,' he added.

In an ambitious move, the Indian Army is considering a proposal to allow civilians including young working professionals to join the force for a three-year tenure as officers and in other ranks for a variety of roles in diverse areas like logistics and in front-line formations.

'It will be an excellent opening for those who want to contribute to national security. After the Pulwama strike, this sentiment has grown. The proposal will also help the army deal with the problem of shortage of offices,' he said.

A number of former military generals, on condition of anonymity, spoke strongly against the proposal holding that such a move could be detrimental to India's national security interest. 'People serving in the army for three years may go away with vital security details and leak them to the adversaries,' one of them said.

Several former military officials also questioned linking the proposal with resurgence of nationalism and patriotism, saying it was not appropriate to draw parallels.

A concept note on the proposal said there has been a 'resurgence of nationalism and patriotism' in the country and there was a need to tap the feeling among the youths who do not want to join the army as a profession but wish to experience military life for a temporary duration.

'Does India lack nationalism or are we getting nationalistic and patriotic through a backdoor by serving in the armed forces. I am not fond of the idea of honing nationalism and patriotism by putting a man through a temporary three years in service and then throw him to check whether he has become patriotic,' said another former general without agreeing to be quoted.

According to the proposal, the people to be recruited under the new scheme will be eligible to be deployed as combatants in key forward locations and there will be no restrictions in their roles.

Strategic Affairs expert Dr Laxman Kumar Behera said those inducted under the proposed scheme must not be allowed to operate in core areas like front-line bases and adequate care must be taken to ensure that they do not get access to vital security details.

When sought his reaction, former Chief of Army Staff Gen (retd) Deepak Kapoor told PTI, 'It is just a proposal. One will have to study.'

Several other generals also said there have been proposals including by the Ajay Vikram Singh committee to make the short service commission attractive.

'Under the new proposal, people will be trained for one year and then they will serve for three years. So effectively it will be a tenure of four years. If that is the case, then why not implement the original five year tenure under the short service commissioning,' said another former army commander.

Terming the proposal a 'game-changer', army sources said it is being examined by top commanders and its main aim is to bring people closer to the force by giving them an opportunity to experience military life.

'If approved it will be a voluntary engagement and there will be no dilution in selection criteria. Initially 100 officers and 1,000 men are being considered for recruitment as part of test bedding of the project,' Spokesperson of the India Army Col Aman Anand said.