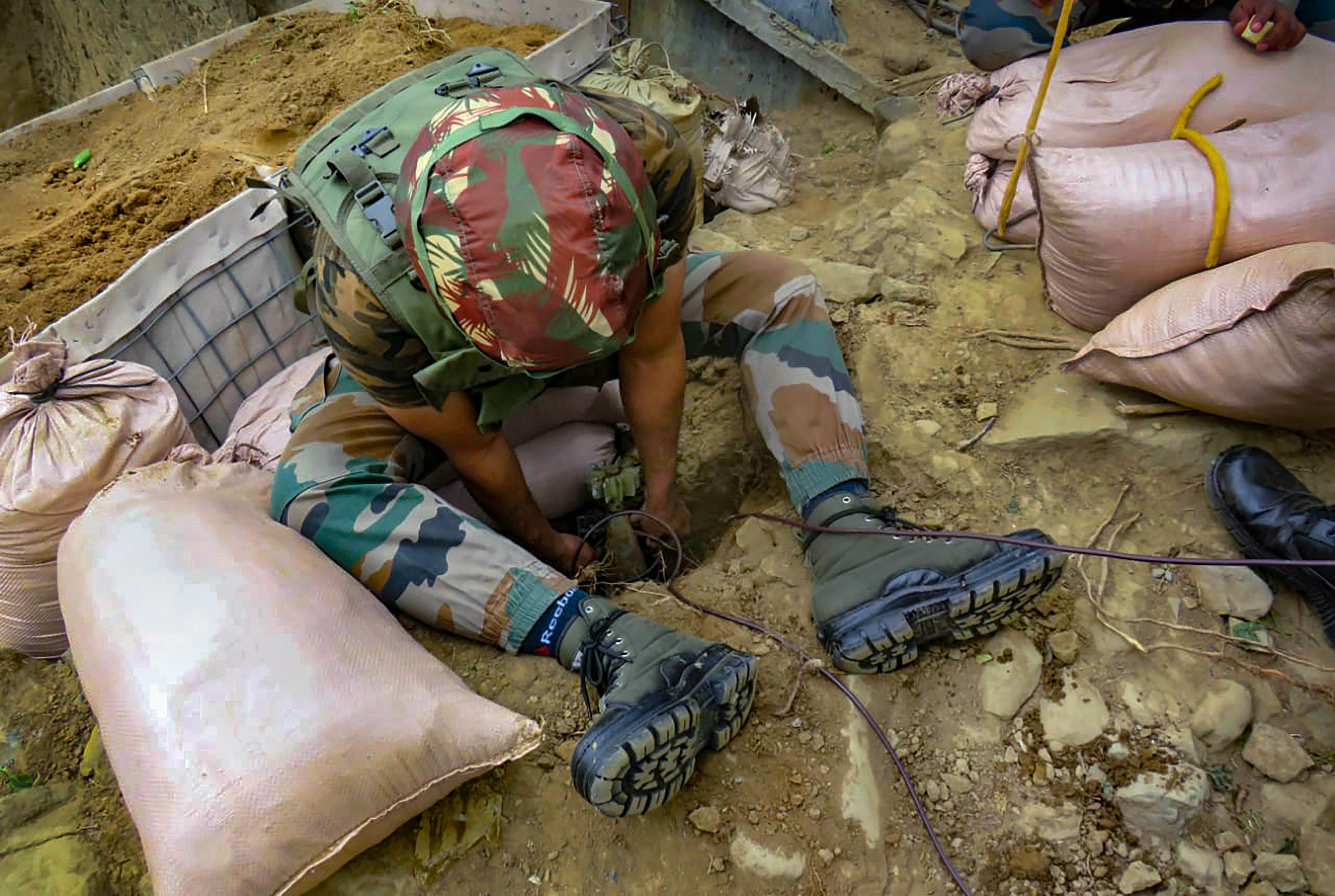 Army chief General M M Naravane reviewed the security situation along the Line of Control in the Kashmir Valley on Friday, a defence spokesperson said here.

On the second day of his two-day visit to the valley, Naravane reviewed the security situation along the LOC, including counter-infiltration measures, said Colonel Rajesh Kalia.

The local Commanders briefed Naravane on the existing security situation and the measures in place to foil infiltration bids by terrorists, Kalia said.

The Chief of Army Staff was briefed on the cease fire violations, retaliations, counter infiltration operations and operational preparedness, he said.

During an interaction with the soldiers on snow clad heights, the Army chief was appreciative of their sharp vigil and alertness, Kalia added.

Naravane also impressed upon the commanders to remain prepared to give a befitting reply to any misadventure from across the LOC, he said.