One in every four samples of Escherichia coli and all samples of Klebsiella pneumonia in India will be resistant to key last-resort antibiotics by 2030, researchers have said, predicting a looming serious shortage of antibiotics to treat these dangerous superbugs. 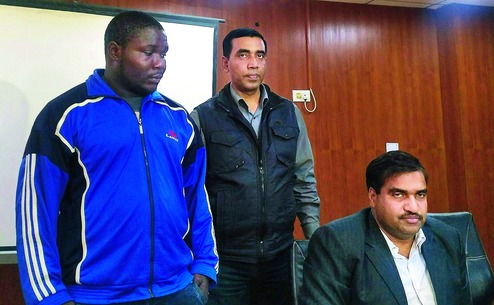 New Delhi: One in every four samples of Escherichia coli and all samples of Klebsiella pneumonia in India will be resistant to key last-resort antibiotics by 2030, researchers have said, predicting a looming serious shortage of antibiotics to treat these dangerous superbugs.

Their study has suggested that India's prevalence of E coli resistant to antibiotics called carbapenems is set to rise from 11 per cent in 2015 to 26 per cent in 2030.

Their analysis has also predicted India's prevalence of K pneumonia resistant to carbapenems will rise steeply over the next decade with the possibility of all K pneumonia becoming carbapenem-resistant.

The researchers at the Centre for Disease Dynamics, Economics and Policy (CDDEP), a Washington DC and New Delhi-based health think tank, have also predicted that over three-fourths of E coli will be 3GC resistant and all of K pneumonia will be carbapenem resistant by 2030.

Both bacteria are found in the human gastrointestinal tract, but can cause simple infections such as urinary tract infections as well as life-threatening infections in the lungs and the bloodstream.

The study's findings, published this week in the International Journal of Infectious Diseases, portend what the researcher say is a "potentially serious shortage of effective antibiotics by 2030".

"Carbapenems and 3GC could be ineffective against a sizeable proportion of infections by E coli and K pneumonia in most parts of the world by 2030," Ramanan Laxminarayanan, director of the CDDEP, told The Telegraph.

Ramanan and his colleagues relied on a global database of changing patterns of antibiotic resistance in countries across the world from 2009 to 2015 to forecast prevalence rates in 2030.

The researchers say future prevalence of superbugs could decline through reductions in antibiotic use and proper infection control in hospitals.

"The forecasts for carbapenem-resistant E coli are particularly worrying because these are normal bacteria in the intestinal tract and a major cause of urinary tract infections in women," said Sumanth Gandra, an infectious disease specialist at CDDEP and co-author of the study.

The study implies that doctors struggling to treat patients with 3GC and carbapenem-resistant infections might be forced to shift to another set of last-resort antibiotics called non-beta lactam antibiotics which, in turn, might drive resistance to even those antibiotics.

"The findings underscore the need for research to discover new antibiotics at least against these two organisms," said Gerardo Alvarez-Uria, an infectious disease specialist at the Rural Development Trust Hospital, Bathalapalli in Andhra Pradesh, the study's co-author.

The CDDEP's global database on patterns of antibiotic resistance is based on hundreds of thousands of samples analysed by accredited laboratories in countries around the world.