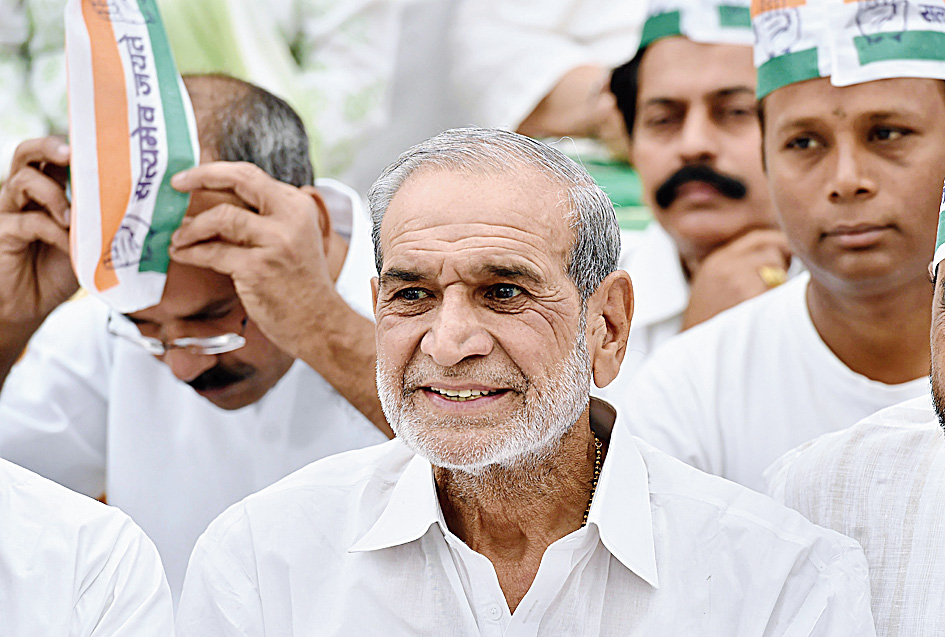 Congress leader Sajjan Kumar has written to party president Rahul Gandhi submitting his resignation from the primary membership of the party, sources in the party said on Tuesday.

On Monday, Delhi High Court convicted Kumar for his role in the 1984 anti-Sikh riots and sentenced him to imprisonment for life. He was asked to surrender by December 31 and not leave the NCR region before that.

'I tender my resignation with immediate effect from the primary membership of the Indian National Congress in the wake of the judgment of the hon'be high court of Delhi against me,' his letter to Rahul said.

Kumar's conviction is the first of an influential politician for the anti-Sikh pogrom that followed the assassination of Indira Gandhi in 1984.

On December 17, while overturning the acquittal of Kumar, now 73, by a trial court, the division bench of Delhi High Court delivered a scathing indictment of the culture of riot after riot in the country, the political patronage the perpetrators enjoy and the inordinate delay in ensuring accountability.

“As these appeals themselves demonstrate, decades pass by before they can be made answerable. This calls for strengthening the legal system. Neither ‘crimes against humanity’ nor ‘genocide’ is part of our domestic law of crime. This loophole needs to be addressed urgently,” the bench of Justices S. Muralidhar and Vinod Goel said.

“There has been a familiar pattern of mass killings in Mumbai in 1993, in Gujarat in 2002, in Kandhamal, Odisha, in 2008, in Muzaffarnagar in UP in 2013, to name a few. Common to these mass crimes were the targeting of minorities and the attacks spearheaded by the dominant political actors being facilitated by the law enforcement agencies. The criminals responsible for the mass crimes have enjoyed political patronage and managed to evade prosecution and punishment,” the court said.