An assault on Kashmir’s beating heart 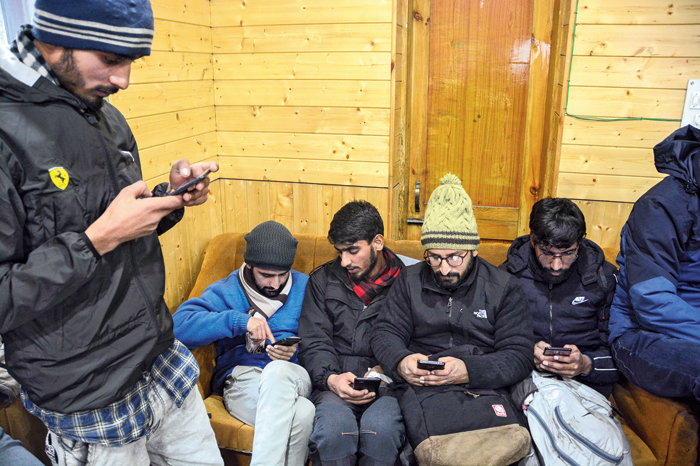 A WhatsApp-reliant network of 1,200 doctors that provided yeoman’s service in Jammu and Kashmir by studying ECGs of thousands of cardiac patients, detecting major heart attacks and suggesting lines of treatment and medicines has been dealt a heart-stopping blow by the Internet ban.

A look at the sheer volume of cases addressed by the voluntary network — Save Heart Kashmir — suggests the debilitating impact, including the human cost, the Net restrictions since August 5 may have had.

In the little-over-20-month period between November 2017 and August 5, Save Heart Kashmir examined 38,000 ECGs (electrocardiograms) of 25,000 to 30,000 patients from Jammu, Kashmir and Ladakh, detected 1,000 cases of major heart attacks and advised attending doctors on treatment.

However, the network has not been able to operate since August 5, when the Centre revoked Jammu and Kashmir’s special status and imposed bans on Internet and mobile phone services.

The data fly in the face of claims by the government that the Internet ban has had no negative impact on the people of the Valley. Former governor S.K. Sinha and a few others had gone to the extent of claiming that only militants benefitted from the Internet in Kashmir.

Some doctors associated with Save Heart Kashmir feared that the absence of the service could have even caused deaths. The doctors said data were not available on possible deaths since the service went off the grid following the Net curbs.

“If the service was not there, that could have led to deaths. In its absence, (some) patients may have died in transit…. Time is paramount in cardiology,” said a doctor who is part of Save Heart Kashmir.

“Every case missed at Save Heart does not translate into lives lost…. In some cases, however, it can turn fatal. But it is not possible to say how many (lives were lost),” said another doctor.

The doctors said the group stopped functioning after Internet was halted.

The doctors spoke to The Telegraph on the condition of anonymity, apparently fearing a government backlash.

A lone doctor — Umar Salim — who dared to speak up on the sufferings of patients because of government restrictions following the August 5 decision and staged a protest in Srinagar in August had been briefly arrested.

Save Heart Kashmir was started by a team of doctors in Srinagar in November 2017 to improve cardiac care in the erstwhile state of Jammu and Kashmir, including Ladakh. Over the past close to two years, the WhatsApp-based initiative saw the participation of around 1,200 doctors working in 130 hospitals across Jammu and Kashmir.

A team of specialists — including cardiologists Imran Haziz and Irfan Bhat, epidemiologist Rehana Kousar and general physicians Nasir Shams, Muzaffar Zargar and Afaq Jalali — started the initiative and had been driving it. They work at the tertiary care centres in Srinagar’s main SKIMS and SMHS hospitals.

Save Heart Kashmir doctors have been mainly handholding doctors in the peripheral areas — districts other than nerve centre Srinagar — where cardiologists are largely unavailable. The doctors from the peripheral areas, who too are part of the WhatsApp groups of Save Heart Kashmir, upload the ECGs of patients in their respective areas. Based on the reports, teams of specialists, who are available 24/7, give expert advice.

“In such emergencies, the crucial first hour is called the ‘golden hour’. If medicines are administered early, in one or two hours, it is as good as angioplasty. Delay means muscles are lost. The more heart muscles you lose, the worse the prognosis will be. Once the patient is thrombolised, he can be referred to the main hospital and his life can be saved,” the doctor said.

“At the remote Khalsi hospital (in Ladakh), Save Heart Kashmir doctors twice guided an orthopaedic surgeon on administering thrombolysis drugs, because of which the lives of the patients were saved,” he said.

In many cases earlier, the doctor said, the patients would receive proper care only after reaching the main hospital of the region after hours. “This initiative turned out to be the Internet’s best gift to the patients,” the doctor said.

Over the past two years, the specialist doctors not only managed patients, but also trained the doctors working in areas outside Srinagar.

“They (doctors working in peripheral areas) were scared of giving medicines in case of emergencies. We had to motivate and train them to go ahead. If an expert cardiologist is giving them advice, their confidence increases. Definitely, mortality was lower (during this period). But now we cannot manage it (the initiative). These few months (since the crackdown), I received some personal phone calls (as restrictions on landline and mobile phones were gradually eased), narrating cases but WhatsApp was altogether different,” the doctor said.

“In any part of the world, monetary considerations drive such initiatives and billions are spent. We provided it free to people from all walks of life…. They (the government) perhaps do not want the poor to benefit,” a doctor said.