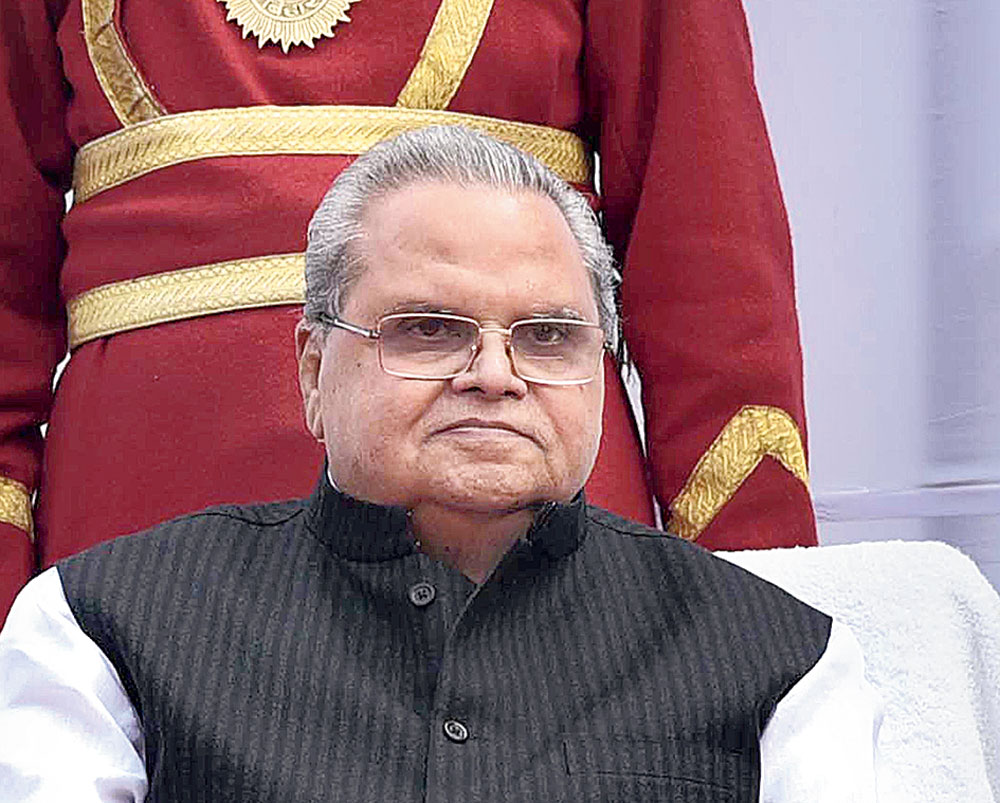 The administration of governor Satya Pal Malik in Jammu and Kashmir on Wednesday allegedly prevented global rights watchdog Amnesty International from holding an event here to release a report on a law that allows detention without trial for up to two years.

Amnesty International later mailed the report — titled “Tyranny of A ‘Lawless Law’: Detention without Charge or Trial under the Jammu and Kashmir Public Safety Act” — to reporters.

The Amnesty report claims that the Public Safety Act is a breach of international human rights laws and that its misuse and the failure of the judiciary to prevent such abuse had contributed to the “already widespread fear and alienation felt by people” in the state.

Nazia Erum, Amnesty India’s media and advocacy manager, said it was the first time the authorities had stopped them from holding an event in Kashmir and that the organisation had faced no problems when they released Kashmir-specific reports in 2011 and 2017.

“They verbally cited law and order problems as the reason for disallowing the event, after which we cancelled it,” Erum told The Telegraph.

A police officer in Srinagar said they had “orders from above” to disallow the event.

Kashmir’s divisional commissioner, Baseer Ahmed Khan, denied the allegation that Amnesty had been barred from releasing a report. “We had no idea that Amnesty was to release a report or hold a programme,” he said.

Amnesty’s India head, Aakar Patel, was scheduled to release the report at a Srinagar hotel, the organisation said.

The Jammu and Kashmir administration’s alleged action appears to be part of a new hardline policy being pursued by it in the wake of the February 14 Pulwama terror attack in which 40 CRPF personnel were killed.

Thousands of people have been detained in the state under the PSA in the past 41 years. The report Amnesty made public on Wednesday has analysed the case studies of 210 detainees between 2012 and 2018.

“The (report) studies how it (PSA) continues to facilitate administrative detentions and violate Indian and international human rights laws. This Act is contributing to inflaming tensions between the state authorities and the local populace and must be immediately repealed,” Patel said.

“The briefing (report) provides a pattern of abuse by the Jammu and Kashmir authorities. This includes detaining children, passing PSA orders without due diligence and on vague and general grounds, ignoring the limited safeguards under the Act, subjecting individuals to ‘revolving-door detentions’, and using the PSA to prevent release on bail and undermine the criminal justice system,” the report says.

Amnesty has found 71 cases of “revolving-door detentions”, where authorities had either issued a new detention order or implicated a detainee in a fresh FIR to ensure that they remained in confinement.

The most glaring example cited by Amnesty is that of separatist leader Masarat Alam, detained under the PSA 37 times in the past three decades and held under the Act for a total period of over 20 years.

“Despite being named in several FIRs, he has not yet been convicted in any case, and authorities have passed successive detention orders to keep him locked up,” the report says.

In 90 per cent of the cases analysed, the report says, the detainees faced both PSA confinement and criminal proceedings concurrently on the basis of same or similar allegations.

“The police appear to use the PSA as a safety net, using it to secure the detention of suspects who are released, or likely to be released, on bail,” the report said.

Even minors as young as 14 years have been detained under the PSA, Amnesty notes.

Mohammd Ibrahim Dar, 14, had to spend five months in jail. His detention under the PSA was quashed by the high court after “examining his school certificate”. The police had earlier declared his age as 22, the report says.

The report also cites the example of Zubair Ahmad Shah, 17, who claims he was tortured in custody before being booked with the PSA in 2016. The report claims his mother died of “shock” she suffered because of the detention of her juvenile son.

Zubair told Amnesty that his mother’s death during his detention was his “biggest tragedy”. “I could not see her as a free soul. This will always hurt me in my life,” he has told Amnesty.

Amnesty said the high court routinely “quashes detention orders which fail to comply with procedural safeguards” but regretted that it did “little to tackle the impunity enjoyed by executive authorities” and hold them accountable in cases where detention orders had been quashed.