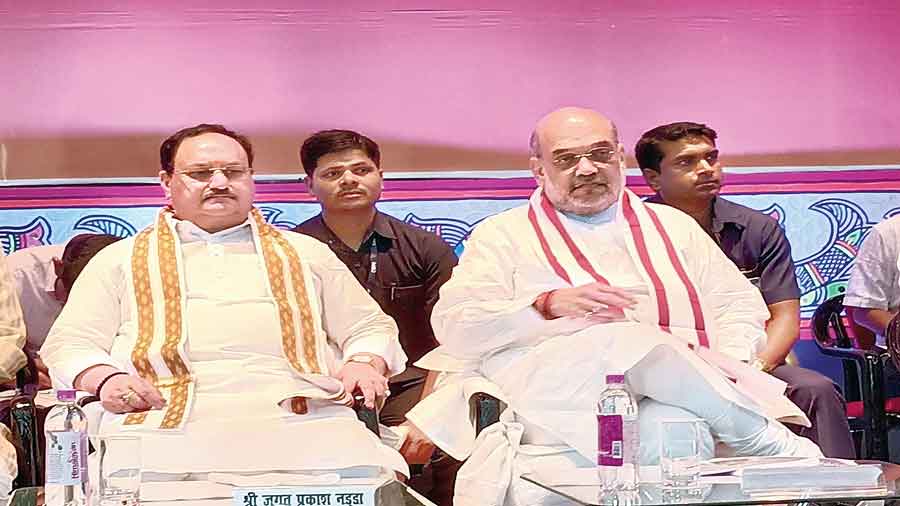 Union home minister Amit Shah and BJP national president JP Nadda held a meeting of the BJP's core committee on Tuesday to discuss the political developments in Bihar and take a decision on the party's future, according to media reports.

Subjects that were discussed in the meeting included party's role as the Opposition party in Bihar, issues to be worked on, selection of a new Bihar BJP chief, besides choosing the leader of Opposition in the Assembly and Legislative Council.

Among others who were part of the meeting were Union Ministers Ashwini Choubey, Giriraj Singh and Nityanand Rai, and senior leaders Ravi Shankar Prasad and Sushil Modi – who all hail from Bihar.

Since, Nitish's volte-face, both sides have been busy hurling accusations at each other.

Choubey accused Nitish of being "opportunistic" and said those "betraying" Bihar want to create obstacles in its development.

"The BJP does not suppress anyone, does not betray anyone. Those people betraying Bihar want to create obstacles in its development. The development of Bihar has been a priority for us from Atal Bihari Vajpayee government to the Modi government," he added.

Nitish on the other hand challenged Prime Minister Narendra Modi and wondered if he could be reflected as PM in 2024.

“Those who came to power in 2014, will they be victorious in 2024?  I would like all (Opposition) to be united for 2024. I am not a contender for any such post (on PM post), Nitish was quoted after taking oath.