Sources said a message would be sent to the leader, who has tied up with the Samajwadi Party, that the BJP’s doors were open for him 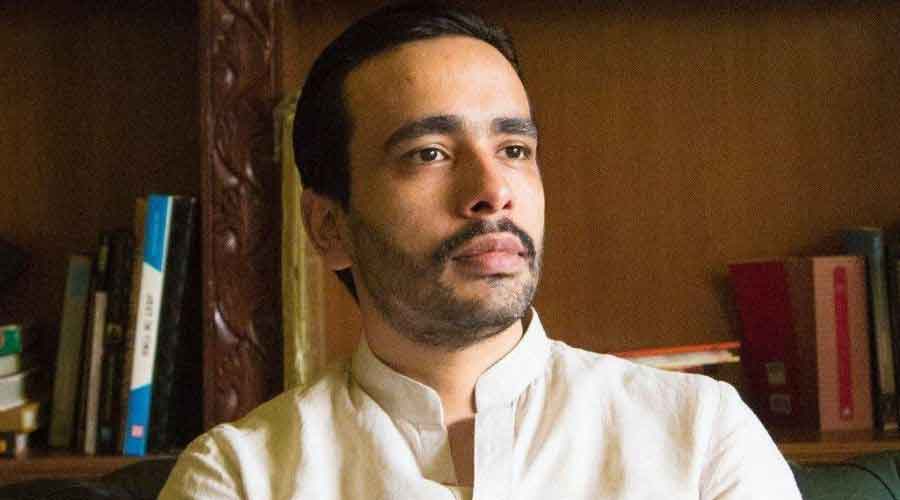 Rashtriya Lok Dal chief Jayant Chaudhary has chosen the “wrong home”, Union home minister Amit Shah said on Wednesday as he reached out to Jat leaders at a meeting here ahead of the Uttar Pradesh elections.

Sources said a message would be sent to Jayant, who has tied up with the Samajwadi Party, that the BJP’s doors were open for him.

However, the RLD leader gave a terse response. “Invite those 700-plus farmer families whom you have destroyed, not me,” Jayant tweeted in Hindi.

According to the sources, while talking to Jat leaders from western Uttar Pradesh, Shah said the ideology of the BJP and the community was the same as national interest was paramount for both and that both had been fighting against “invaders”.

The meeting held at the residence of BJP parliamentarian Parvesh Verma was also attended by the party’s prominent Jat leaders, including Union minister Sanjeev Balyan who is an MP from Muzaffarnagar in western Uttar Pradesh.

Jats are a deciding factor in almost all seats in western Uttar Pradesh, a region where the RLD enjoys influence among the community. The BJP is finding itself on shaky ground in west Uttar Pradesh because of the farm protests in which the Jats have played a key role.

The peasants’ movement has brought the Jats and Muslims together again after their unity had been sundered during the Muzaffarnagar riots in 2013. The BJP had benefited electorally from the rupture in the ties.

“At the meeting (on Wednesday), we suggested that people of the Jat community talk to Jayant Chaudhary. The doors of the BJP are always open,” Verma later told reporters.

The BJP’s outreach is significant as there are apprehensions within the party that the yearlong farmers’ agitation against the three agriculture laws of the Narendra Modi government could hurt its prospects. Modi has withdrawn the farm laws and apologised to farmers but has not uttered a word of sympathy for the peasants killed during the protest at Delhi’s borders. Nor have several key demands of the farmers been met.

Talking about the RLD, Shah said at the meeting on Wednesday that Jayant “has chosen the wrong house”.

Citing the various steps taken by the Modi government for the Jats, Shah said it had appointed three governors and nine MPs from the community.

Expressing gratitude towards the community, Shah said the BJP got the Jats’ blessings, which helped the party win elections in 2014, 2017 and 2019. “With your support, I believe you will again make us win this election as well,” he said.

Shah said the BJP government had named a university in Aligarh after a Jat king, constructed expressways and kicked off the construction of Jewar airport for employment and prosperity in western Uttar Pradesh.

The pagdi, a symbol of Jat pride, was tied on the head of Shah at the meeting.

The meeting came a day before Shah and several other top BJP leaders, including defence minister Rajnath Singh, are scheduled to visit western Uttar Pradesh.

Shah had held similar meetings with leaders from the Jat community ahead of the 2017 Uttar Pradesh Assembly elections and the 2019 Lok Sabha polls.