Delhi on Tuesday reported 917 new Covid cases with a positivity rate of 19.20 per cent 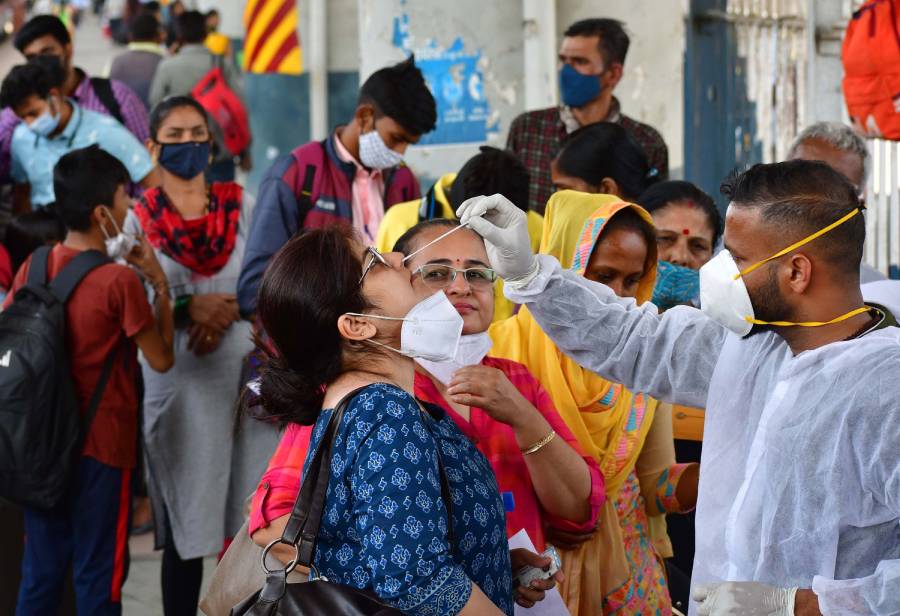 Amid a spike in COVID-19 cases in the national capital, there has been a nearly two-fold increase in hospitalisations in over a fortnight, with officials saying those with comorbidities are getting admitted to hospitals.

Even though the rise in infections and hospitalisations is not yet alarming, experts have reiterated the need to wear masks and follow Covid-appropriate behaviour.

Dr Vikas Maurya, Director and HOD, Pulmonology, Fortis Hospital Shalimar Bagh, said in the last one week or so, they are observing a rise in hospital admissions due to the viral infection.

"Most of the patients are those who have multiple comorbidities and some of them are also unvaccinated. Some patients also have had lung involvement, which meant that they required anti-viral treatment and other Covid drugs," he added.

"In the last week or so, the number of patients has seen an increase. Earlier, we would get four to five patients on a daily basis but now we have been getting eight to 10 patients every day," he said.

On Tuesday, the government said that hospitals have been placed on alert.

Deputy Chief Minister Manish Sisodia had urged people to get jabbed with the precautionary dose of vaccine since it ensures people are more protected against the virus.

"Ninety per cent of corona-infected patients admitted to the hospitals are those patients who have taken only two doses of the vaccine.

"At the same time, only 10 per cent of the patients got corona infected after the third dose of the vaccine. It is clear from this that people who apply precautionary doses are safer from corona infection," he asserted.

Delhi on Tuesday reported 917 new Covid cases with a positivity rate of 19.20 per cent, the highest in over 200 days, and three more deaths due to the infection, according to data shared by the city health department.