Nalin Kumar Kateel rubbishes rumours of change in top spot, says no discord within the party 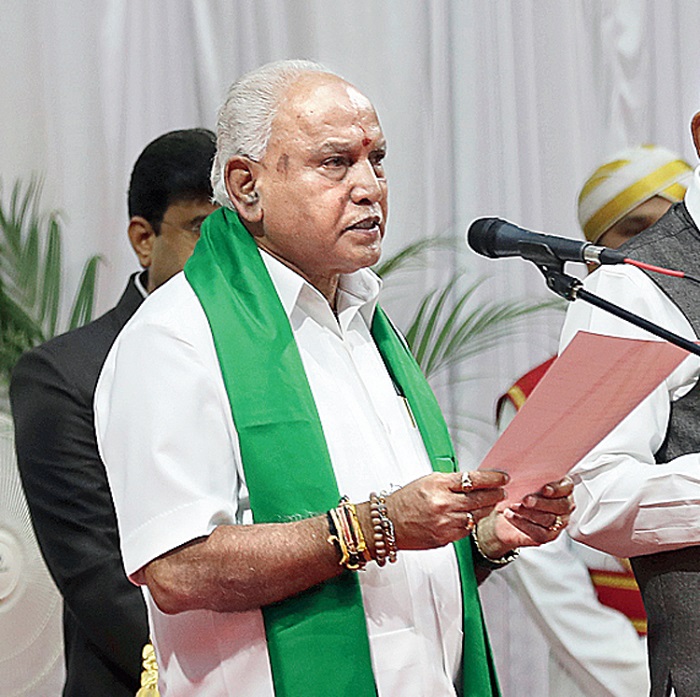 Ruling out leadership change, Karnataka BJP chief Nalin Kumar Kateel on Thursday said there should be no doubt about party giving a stable government in the state for the next three years with B.S. Yediyurappa as the chief minister.

With speculations about leadership change and social media posts allegedly by deputy chief minister Laxman Savadi's supporters, projecting him as the next CM, the BJP chief said it is the party that decides on such matters not supporters, and any violation of discipline will not be tolerated.

Speaking to reporters in Chamarajanagara, Kateel said, "There are no discord (with in the party). For next three years our government will be stable and run the administration.

Yediyurappa will be chief minister for the remaining three years completely, let there be no doubt about it."

Seeking to know who asked for a change in the chief minister, he said, "No one has asked from the party....social media is not the party."

As his visit to New Delhi at the time the BJP government in the state completed one year in office sparked speculation about leadership change, Savadi too on Wednesday had said Yediyurappa is our leader and he will complete his three year term.

Questioning whether Laxman Savadi has said that he had gone to Delhi for leadership change, Kateel said, "supporters may be posting things, but what are they in the party? It is party that decides on such matters, we have certain discipline and rules."

If any one violates such discipline and rules, we will not tolerate it, he said, adding that "Those who claim to be supporters or followers are not the party.... Laxman Savadi had gone to Delhi to discuss with central ministers about matters concerning his department."

According to some within the party, Savadi had gone to Delhi to save himself from being axed during the next cabinet expansion or rejig.

Speculations are rife that Yediyurappa is looking to expand his cabinet in August, and it is no secret that there are too many aspirants for the berths.

While several of the old guard are waiting for a chance to be inducted into the ministry, those who defected from the Congress and JD(S) like A.H. Vishwanath, R. Shankar and M.T.B. Nagaraj, who are now BJP MLCs, are also aspiring for slots.

Currenlty, the cabinet has 28 members while six berths are still vacant.

According to party sources, several ministers who fear axing if there is a cabinet rejig, are trying to reach out to leaders in Delhi to ensure that they continue in the Ministry.