Rahul Gandhi to worker: Don’t worry, I am here 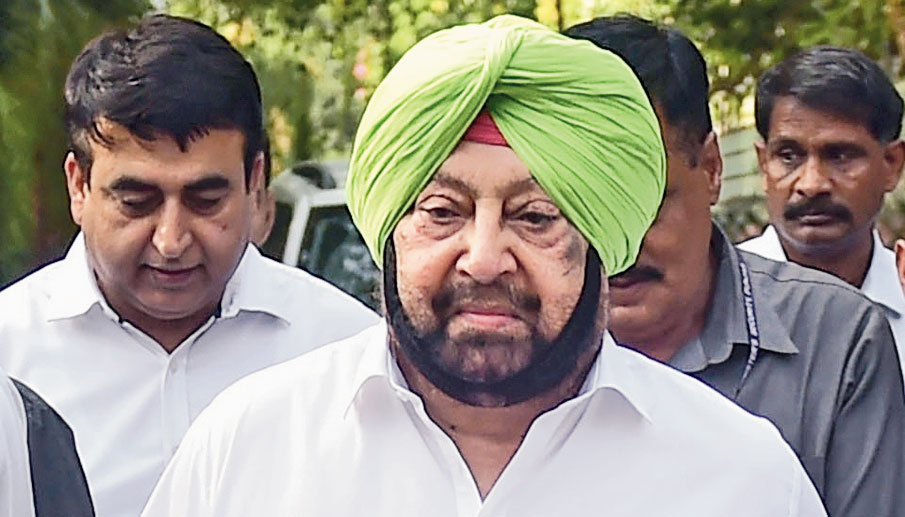 The informal group of Congress leaders met again on Saturday evening to discuss options for the next party president as Punjab chief minister Amarinder Singh lent his voice to the lobby pushing for a young leader taking over the reins.

Singh tweeted in the morning: “After the unfortunate decision of Rahul Gandhi to quit, hope to see another dynamic youth leader as Congress president to galvanise the party. Urge CWC (Congress Working Committee) to take note of young India’s need for a young leader, aligned to aspirations of its large youth population and with grassroots connect.”

That the chief minister was making a serious intervention was clear when he later issued a statement with the same demand. “Rahul had shown the way for youth leadership to take the party’s reins and steer it to greater heights... Any change in the party leadership must reflect India’s societal reality, with 65 per cent of its population under 35. Only a youth leader could revive the grand old party,” he wrote.

“With India leading the world in terms of the largest youth population, it was

natural that a young leader would understand and relate to the desires and aspirations of the people more effectively. The Congress needs young blood to galvanise its rank and file, and once again make it India’s preferred and only choice,” Singh added.

Asking experienced leaders to assume a guiding role, the chief minister said: “It is time for the old to give way to the new, without which the Congress could not effectively tackle the challenges faced today”.

Although Singh did not suggest any names, his statement triggered fierce speculation about Sachin Pilot and Manish Tewari, who are seen as very close to him.

Rahul Gandhi chats with a girl at Basant Vihar restaurant in Patna, where he stopped on the way back to the airport. Congress legislator Prem Chandra Mishra, who shared the table with Rahul, said: “He was hungry and asked us to stop near Maurya Lok. We hurried to the restaurant, but the ground floor was packed. We went up to the first floor and luckily got two tables after waiting for a couple of minutes.” Families dining at the restaurant rushed to click selfies with Rahul, but he requested them to let him eat first as he was famished. He gave them time after finishing his meal of medu vada, dosa, coffee and a can of cold drink. The girl, who was with her mother, came and sat next to Rahul who chatted with her and the young son of a Congress MLA who had come with his father to see him. Rahul was at the restaurant for 40 minutes.
Picture by Sanjay Choudhary

The Punjab chief minister is not alone in pushing for a young candidate. A former Union minister said: “Reviving the party is an uphill journey. We will require extraordinary energy and grit. Experienced leaders are there to guide but the battle will have to be fought by younger leaders.”

The voice is louder from Punjab. Amarinder’s adversary and Rajya Sabha MP Pratap Singh Bajwa had tweeted a couple of days earlier: “It is now up to the CWC to, at the earliest, pick a suitable candidate. Given that 70% of India is below the age of 40, I would suggest the president be someone who can connect with the youth and their problems. The energy and drive of fresh leadership is the need of the hour.”

The generational change, however, is easier said than done. The veterans had accepted even Rahul Gandhi with great reluctance and only after he proved his mettle. With Rahul very much around, even if not as president, it is unlikely that youth will be the deciding factor in the selection of his replacement. The overriding concern is developing a consensus on a candidate.

Sources say the top leaders will shortlist a couple of names and try to evolve a consensus before taking clearance from Sonia Gandhi and Rahul. Although they have refused to get involved in the process, it is unthinkable a party president can be chosen without the concurrence of the family. The dominant view is that evolving a consensus on a seasoned veteran would be far easier than thrusting a young leader.

A few names being informally mentioned by senior leaders are: Mallikarjun Kharge, Meira Kumar, Sushil Kumar Shinde and Ashok Gehlot. While all these leaders have a standing in the party and are respected, younger vice-presidents can be appointed to do the running around. They would have to concentrate on rebuilding the organisation while Rahul and Priyanka are expected to spearhead the political campaign.

Rahul was in Patna on Saturday where a party worker told him: “With your exit, the party’s future is grim. It won’t remain Indian National Congress. It may splinter into A-B-C-D Congress.”

Rahul assured the worker, saying: “Nothing of that sort will happen. I am there.”