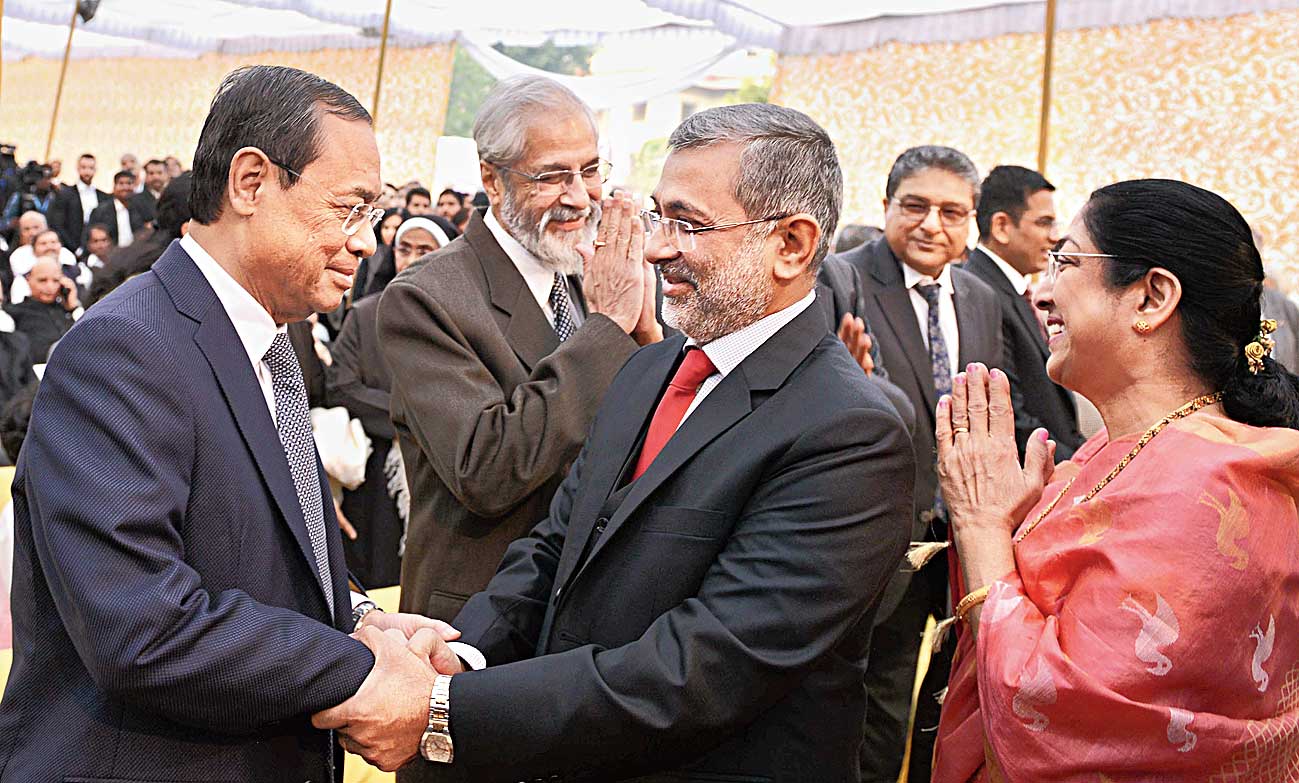 The government and the Central Vigilance Commission cannot bench the CBI director without consulting the selection panel that picks him even if the bureau chief is “caught red-handed accepting a bribe”, the Supreme Court heard on Thursday.

“It is not that he (the CBI director) cannot be transferred, but it should be done only with the consent of the committee,” senior advocate Fali S. Nariman, representing benched CBI chief Alok Verma, told the bench of Chief Justice Ranjan Gogoi and Justices Sanjay Kishan Kaul and K.M. Joseph.

This prompted Justice Joseph to ask: “Suppose a CBI chief is caught red-handed accepting a bribe: should the committee be approached for taking action against him?”

Nariman replied: “Even in that situation the committee has to be taken into confidence, and only the court can decide on the fate of the director.”

The selection committee is made up of the Prime Minister, Chief Justice of India and the leader of the Opposition or that of the largest Opposition party.

Attorney-general K.K. Venugopal, however, defended the CVC’s power to recommend Verma’s benching and the department of personnel and training’s authority to carry out the recommendation.

He argued that the selection committee’s task was only to pick a panel of three candidates for the CBI chief’s post, and the government alone was empowered to make the final selection and appointment.

Therefore, he argued, the Centre also had the authority to remove the CBI director in exceptional circumstances.

“Once he (CBI chief) is appointed, the committee becomes functus officio (loses its relevance). The question does not arise so far as consulting the committee (over the CBI chief’s benching) is concerned,” Venugopal said.

He highlighted that Verma had only been temporarily divested of his powers rather than being transferred or removed, and was enjoying all the facilities available to the director, including his staff and bungalow.

Senior advocate Dushyant Dave, representing the NGO Common Cause which too wants Verma’s benching quashed, said Section 4B of the Delhi Special Police Establishment Act, which governs the CBI, says the selection panel alone can act against the bureau chief.

Therefore, he said, not only should the court quash the benching of Verma but also the appointment of interim director M. Nageshwar Rao.

Senior advocate Kapil Sibal, appearing for Mallikarjun Kharge — leader of the largest Opposition party, the Congress — said that if the government were allowed to bench Verma, “it can happen to other institutions also”.

“What has happened to CBI could happen to the CVC tomorrow, (to) the Election Commission, the comptroller and auditor general,” Sibal said.

Verma was benched on October 24 along with his deputy, CBI special director Rakesh Asthana who is considered close to Prime Minister Narendra Modi, after they publicly accused each other of accepting bribes.

Senior advocate Indira Jaising told the court that if the Centre were allowed to have a say in such transfers, it would “lead to victimisation of all investigating officers”.

Jaising was appearing for Manish Kumar Sinha, a CBI deputy inspector-general who was participating in the probe against Asthana before being transferred on October 24 along with 12 other officers.

Sinha has filed an explosive petition naming national security adviser Ajit Doval, a Union minister and several other high-level functionaries in connection with various aspects of the Asthana bribery case.

If investigating officers are transferred arbitrarily, it amounts to making them “accused” in the cases they are probing, Jaising argued.

Senior advocate Rajeev Dhavan, appearing for A.K. Bassi, a deputy superintendent of police who was probing Asthana before being transferred to Port Blair, too argued that the Centre lacked the power to strip Verma of his responsibilities.