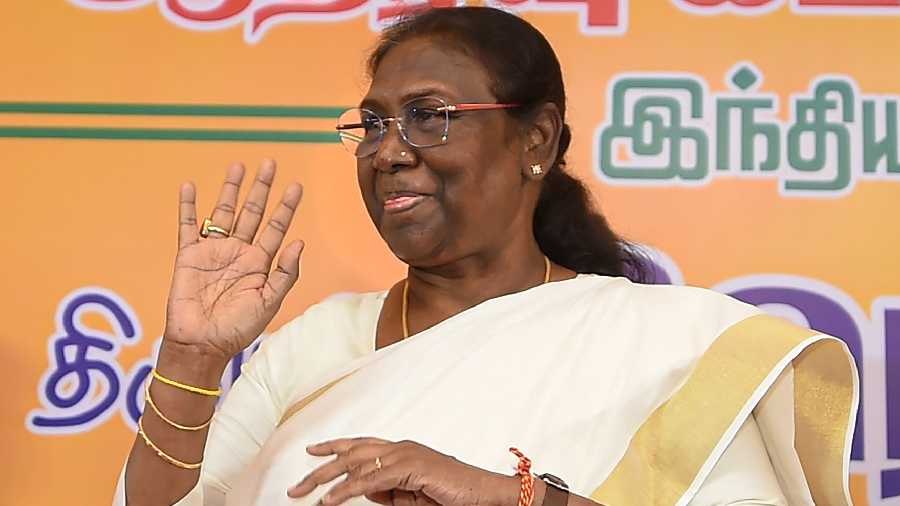 Speaking to reporters here, Rajbhar said the decision was taken after discussions with party leaders and office bearers.

Rajbhar, whose party is a constituent of the Akhilesh Yadav-led opposition coalition, said his party decided to support Murmu after appeals by Union Home Minister Amit Shah, Murmu herself and Uttar Pradesh Chief Minister Yogi Adityanath.

The SBSP chief, however, said his party's alliance with the SP was intact and that he was not parting ways with the grouping.

"I am still in alliance with the Samajwadi Party. In the presidential election, my party is supporting NDA candidate Droupadi Murmu," Rajbhar said.

"Murmu herself told me that she hails from the lowest strata of society and sought my support. Similar appeals were made by the chief minister. I told them that a decision will be taken after holding consultations with party MLAs on July 12," he said.

However, the meeting got postponed following the demise of Sadhna Yadav, wife of SP patron Mulayam Singh Yadav.

"Meanwhile, I got a phone call from Union Home Minister Amit Shah and he also repeated the appeal made by Adityanath and Murmu. He told me to hold a press conference and inform about the party's decision," Rajbhar added.

"All six MLAs of our party will vote for Droupadi Murmu," Rajbhar said.

Expressing disappointment over the Samajwadi Party not inviting him to its July 7 press conference on the opposition's joint candidate Yashwant Sinha, Rajbhar said, "Akhilesh ji did not think about me or the vote (of SBSP)."

"Despite that, I continued to wait. Since I got no response from him, and after meeting the Uttar Pradesh chief minister and the Union home minister, the party decided to extend support to Droupadi Murmu," the SBSP chief said.

Rajbhar breaking ranks with the opposition coalition for the July 18 presidential election brings to the fore cracks in the anti-BJP grouping.

The Mahan Dal and the Janwadi Party have already severed ties with the SP.

Apart from the SBSP, Shivpal Yadav's Pragatisheel Samajwadi Party-Lohia also appeared to be inching closer to the ruling BJP over the past few months.