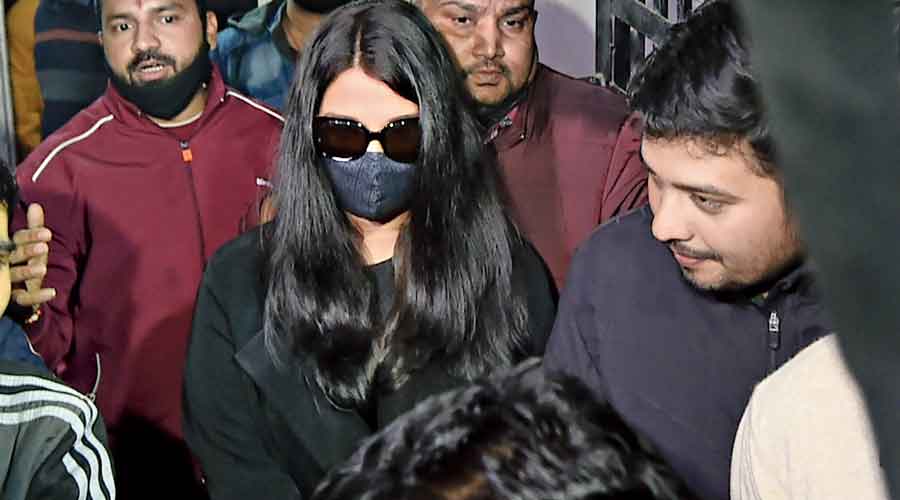 Bollywood actor Aishwarya Rai Bachchan was questioned for around six hours on Monday by the Enforcement Directorate (ED) at its office in central Delhi in a case linked to the 2016 “Panama Papers” global tax leaks case, official sources said.

The quizzing of the 48-year-old daughter-in-law of superstar Amitabh Bachchan and Samajwadi Party MP Jaya Bachchan comes weeks after her husband Abhishek Bachchan was questioned by the agency in another case emerging from the same set of papers linked to the offshore leaks case, they said.

The ED recorded Aishwarya’s statement under the provisions of the Foreign Exchange Management Act (Fema).

The former Miss World left the agency’s office shortly after 7pm. Officials said she was questioned for around six hours.

The actor was ushered into a white car from the back door of the ED office even as a huge posse of media personnel tried in vain to get her comment.

The actor, sources said, has submitted some documents to the investigators with regard to the case.

Dubbed “Panama Papers”, an investigation of a stockpile of records from Panamanian legal firm Mossack Fonseca by the Washington-based International Consortium of Investigative Journalists (ICIJ) in 2016 had named several world leaders and celebrities who allegedly stashed away money in offshore companies.

Some of them are stated to be holding valid overseas accounts.

The leaked tranche had a total of 426 India-linked cases.

The ED has been probing the case linked to the Bachchans since 2016-17.

It had issued notices to the Bachchan family, asking them to explain their foreign remittances since 2004 under the RBI’s Liberalised Remittance Scheme (LRS) and regulated under Fema.

Some documents were submitted by the Bachchans to the agency then.

Some other instances of alleged irregularities linked to the family are also under the scanner of the federal probe agency, sources said.

Aishwarya was stated by the ICIJ of having links with an offshore entity in the British Virgin Islands (BVI) that was created in 2005.

Her family was also stated to be part of this offshore entity that had an “initial authorised capital of $50,000”. The company was reportedly dissolved in 2008.

Abhishek has also been examined by the ED in the past in another instance linked to the offshore leaks case, sources said.

The government had created a multi-agency group of central investigative agencies under the chairman of the Central Board of Direct Taxes that also comprised officials from the ED, RBI and the Financial Intelligence Unit to monitor probe into the Panama Papers and similar global tax leaks cases.

It had recently said that “total undisclosed credits of Rs 20,353 crore” have been detected with respect to 930 India linked entities in the Panama and Paradise Paper Leaks, as on October 1, 2021.