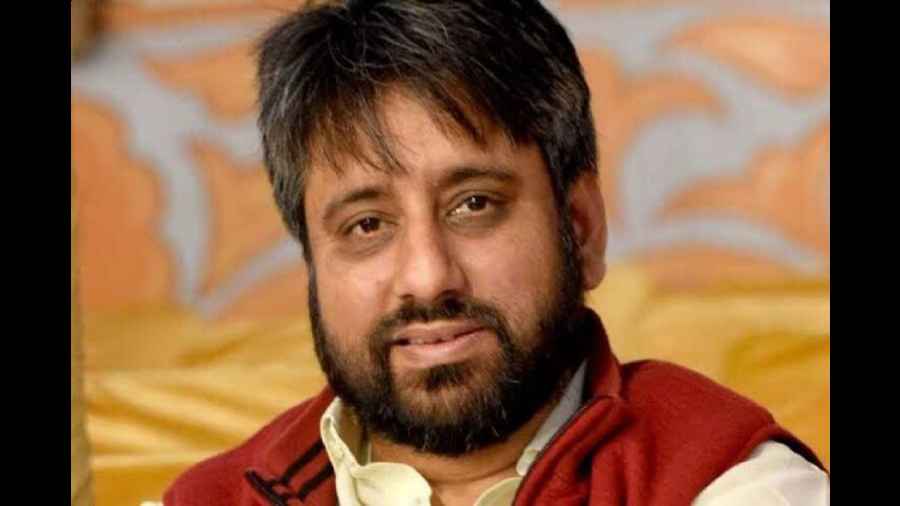 The Anti-Corruption Branch on Friday arrested AAP MLA Amanatullah Khan after conducting raids at premises linked to him in connection with alleged irregularities in the Delhi Waqf Board recruitment, officials said.

They said that during the searches, the ACB team was allegedly attacked by the relatives and other persons known to the Okhla MLA outside his residence.

The anti-corruption agency seized Rs 24 lakh in cash as well as two unlicensed weapons during the operation, the officials said.

The Aam Aadmi Party backed the MLA, calling his arrest "a new conspiracy" of the BJP to implicate him in "a fake case and defame" the Arvind Kejriwal-led party .

"AAP MLA Amanatullah Khan has been arrested in a fake and completely baseless case. Nothing was recovered from either his residence or office," the party said in statement.

According to a communication released by the ACB, it had summoned Khan in a case pertaining to alleged financial misappropriation and other irregularities in the functioning of Delhi Waqf Board, which Khan heads as its chairman.

An FIR was already registered in connection with the alleged wrongdoings in the board.

As alleged in the FIR, the ACB's Friday statement said, Khan while working as chairman of Delhi Waqf Board illegally recruited 32 people violating all norms and government guidelines and amid allegations of corruption and favouritism.

The then CEO of Delhi Waqf Board had clearly given statement and issued memorandum against such illegal recruitment, the statement said.

Her said that from the inputs received while questioning and on the basis of information developed by ACB, four locations were searched. "From these locations, around Rs 24 lakh cash and two illegal and unlicensed weapons and cartridges and ammunition were recovered."

Outside the residence of Khan, the search team was attacked by the relatives and other persons known to the MLA and they also caused obstruction in discharge of government duty to ACB officers, the ACB statement said.

Two FIRs have been registered by ACB in southeast district pertaining to recovery of illegal weapons and one FIR relating to manhandling of police party by relatives of Khan, the statement said.

"Also, from the questioning of Khan and on the basis of incriminating material and evidences against him and from the recovery during the searches conducted on Friday, he has been arrested in the case of 2020," Verma added.

The ACB had issued a notice to Khan on Thursday for questioning in connection with the Prevention of Corruption Act case registered in 2020.

The Okhla MLA was called for questioning at 12 pm on Friday.

Khan, the chairman of the Delhi Waqf Board, had tweeted about the notice, claiming he has been summoned as he built a new Waqf board office.

Earlier, the ACB had written to the Lieutenant Governor's Secretariat demanding that Khan be removed as the Delhi Waqf Board chairman for allegedly hampering a probe by "bullying" witnesses in a case against him.