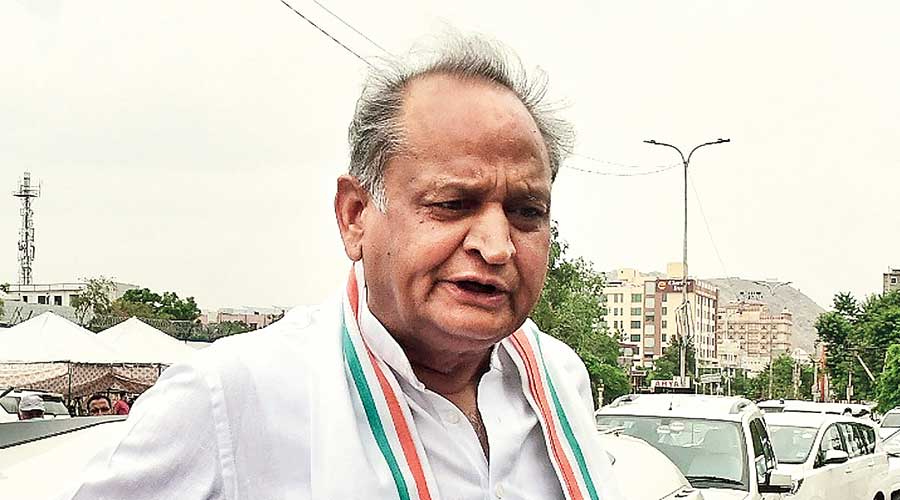 The Rajasthan government on Saturday introduced three bills in the Assembly to negate the impact of the farm laws enacted by the Centre recently.

The move comes after the Punjab Assembly earlier this month adopted a resolution against the farm laws and unanimously passed four bills to counter the Centre's contentious legislations.

He also introduced the Code of Procedure (Rajasthan Amendment) Bill 2020 on the first day of the Assembly session.

A number of provisions to protect the interests of farmers, including sale or purchase of a crop under farming agreement on a price equal or greater than minimum support price and imprisonment of three to seven years for harassment of farmers, have been included in the bills.

The Congress leadership has suggested that states where it is in power should pass laws of their own to counter the central legislations that had triggered farmers' protests in several parts of the country.

In the Farmers (Empowerment and Protection) Agreement on Price Assurance and Farm Services (Rajasthan Amendment) Bill, a provision states, "Provided further that no Farming Agreement for the sale or purchase of a crop shall be valid unless the price paid for such agricultural produce is equal to, or greater than, the prevailing Minimum Support Prices, announced by the Central Government for that crop.

Apart from a few other amendments, three new sections have been added as special provisions for Rajasthan, providing for punishment for harassment of farmers and powers to the state government to give directions.

The bill proposes punishment of imprisonment from three to seven years with or without a fine of Rs five lakh if any person, company or corporate house or any other association or body of persons harasses farmers.

"There has been extraordinary outrage amongst the farmers, farm labourers and all others engaged in incidental and ancillary agricultural activities. Since the direct consequences of the Central Act would be to nullify the minimum support price mechanism that has stood the test of time and introduce several other infirmities and distortions operating to the grave detriment and prejudice of agriculture and the communities associated with it," the statement of the bill said.

"The Parliament has also introduced a mechanism for production, trade and commerce in agricultural produce through this Central Act, that is vulnerable to encroachment and manipulation by vested corporate interests through provisions such as contract farming minus a guarantee of minimum support price and leaving the farmer open to the vagaries of market forces for getting a remunerative price for agricultural produce, fruits and vegetables. No check has been provided against exploitation of farmer, it said.

In the Farmers Produce Trade and Commerce (Promotion and Facilitation and Rajasthan Amendment) Bill, one of the proposed amendments pertains to regulation of notified agriculture produce, which says that the state government may notify a Fee/Cess/Cesses/Charges on notified agricultural produce, brought or bought or sold, by a corporate or trader for trade and commerce in a trade area.

The House was adjourned for the day after obituary references on the death of former president Pranab Mukherjee and other leaders who passed away recently.

After the House was adjourned, deputy leader of opposition Rajendra Rathore told reporters that the BJP will oppose the bills and will prove during the debate on Monday that the central laws are in favour of farmers.

State Congress president Govind Singh Dotasra said that Prime Minister Narendra Modi had promised, during election campaigns, doubling the income of farmers but after winning the elections he worked to serve the interests of the corporate houses and anti-farmers legislations were enacted.

The three central farm bills -- the Farmer's Produce Trade and Commerce (Promotion and Facilitation) Bill, 2020, the Farmers (Empowerment and Protection) Agreement of Price Assurance and Farm Services Bill, 2020 and the Essential Commodities (Amendment) Bill, 2020 -- were passed by Parliament recently. Subsequently, President Ram Nath Kovind gave his assent to the bills.

The Centre has asserted that these new laws will be beneficial for farmers and will increase their income.

"INC under the leadership of Smt #SoniaGandhi ji& #RahulGandhi ji stands absolutely with our annadatas and will continue to oppose the anti-farmer laws passed by NDA Govt. Today Congress Govt in #Punjab has passed Bills against these laws & #Rajasthan will follow soon, Gehlot tweeted on October 20.