He is an alumnus of the National Defence Academy and was commissioned into the Navy on January 1,1983 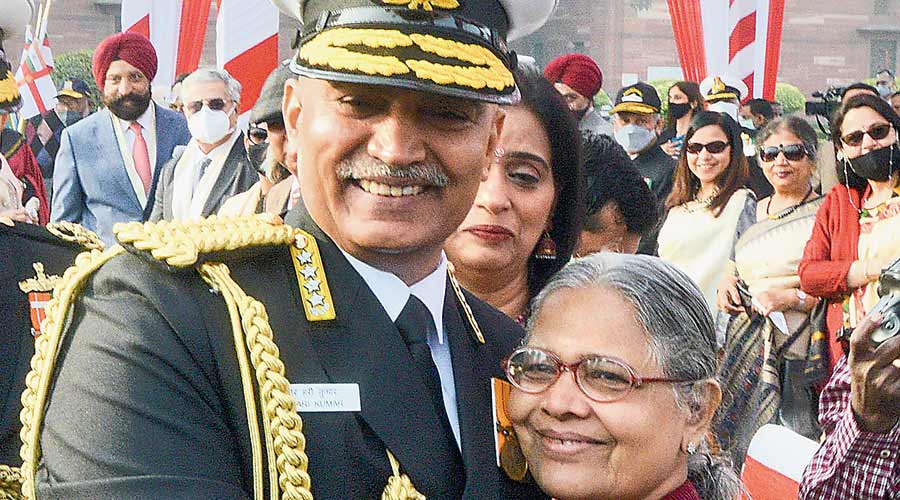 The newly appointed navy chief, Admiral R Hari Kumar, hugs his mother during the ceremony where he took charge in New Delhi on Tuesday.
(PTI picture)
Our Special Correspondent   |   New Delhi   |   Published 01.12.21, 02:52 AM

Admiral R. Hari Kumar on Tuesday took over as the new Indian Navy chief from the outgoing chief, Admiral Karambir Singh, who retired after a career spanning over 41 years in service.

“It is a matter of great honour for me to take charge as the navy chief. The Indian Navy’s focus is on our national maritime interests and challenges,” Admiral Kumar said after reviewing a guard of honour on the South Block lawns.

Admiral Kumar was the western naval commander before taking over as the country’s 25th chief of naval staff.

He is an alumnus of the National Defence Academy and was commissioned into the navy on January 1, 1983.