State government informed the court that cases were registered against numerous persons, including a bishop, with regard to the violence and five persons were arrested 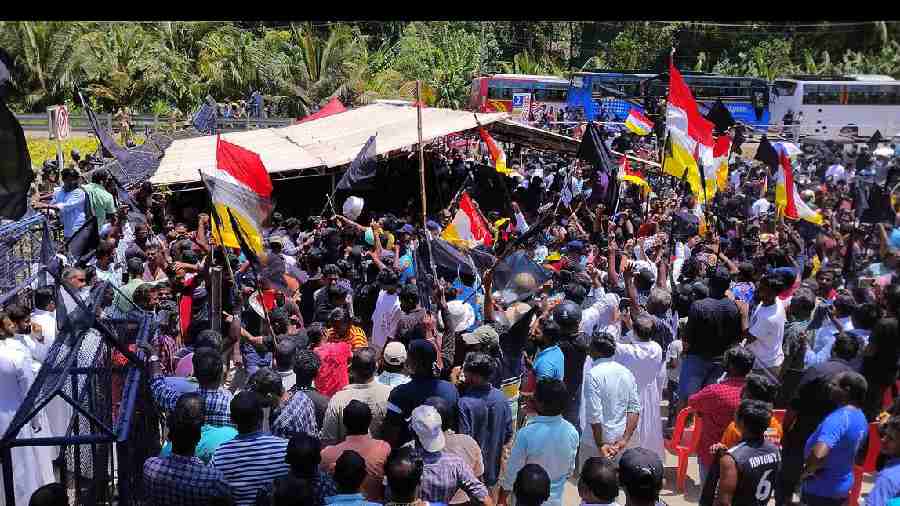 The Adani Group on Friday moved the Kerala High Court seeking the assistance of central forces to continue with construction at the Vizhinjam seaport in Thiruvananthapuram which was marred by violent protests recently halting the work.

Justice Anu Sivaraman, while hearing a plea filed by the Adani Group against obstruction and blockade due to protests, asked the state and central governments to discuss the possibility of deploying the central forces.

The court asked the state and central governments to file their reply with regard to the petition by the Adani Group and the matter will be further heard on December 7.

Meanwhile, the state government informed the court that cases were registered against numerous persons, including a bishop, with regard to the violence and five persons were arrested.

However, the Adani Group told the court that many accused in the case, including many priests, are still at the protest site.

The Group also alleged that the police investigation in the matter was a farce.

The Kerala High Court was on November 28 informed by the state government that steps will be taken to recover the loss suffered due to the violent protest and attack over the Vizhinjam seaport incident from the protesters.

The state government had earlier informed the court that 40 police personnel were injured in the Vizhinjam police station attack in which 3,000 protesters took part.

The court had multiple times asked the protesters not to block the road to the port premises and have asked the government to remove the shed erected by the agitators as part of their protests.

However, the government had on November 7 told the court that it was unable to demolish the protest tents at the port due to the presence of children, pregnant women and aged people among the agitators.

Adani Group had earlier claimed that the court's order to provide police protection for the construction work was not implemented. It has also sought demolition of a tent set up at the protest site.

A large number of people have been staging protests outside the main entrance of the multi-purpose sea port at nearby Mulloor for a few months.

They have been pressing for their seven-point charter of demands that include stopping the construction work and to conduct a coastal impact study in connection with the multi-crore project.

The protesters have been alleging that the unscientific construction of groynes, the artificial sea walls as part of the upcoming port at Vizhinjam, was one of the reasons for the increasing coastal erosion.

The High Court, in its interim order on October 19, made it clear to remove obstructions created by protesters at the entrance of the port and asked the state government to implement it.